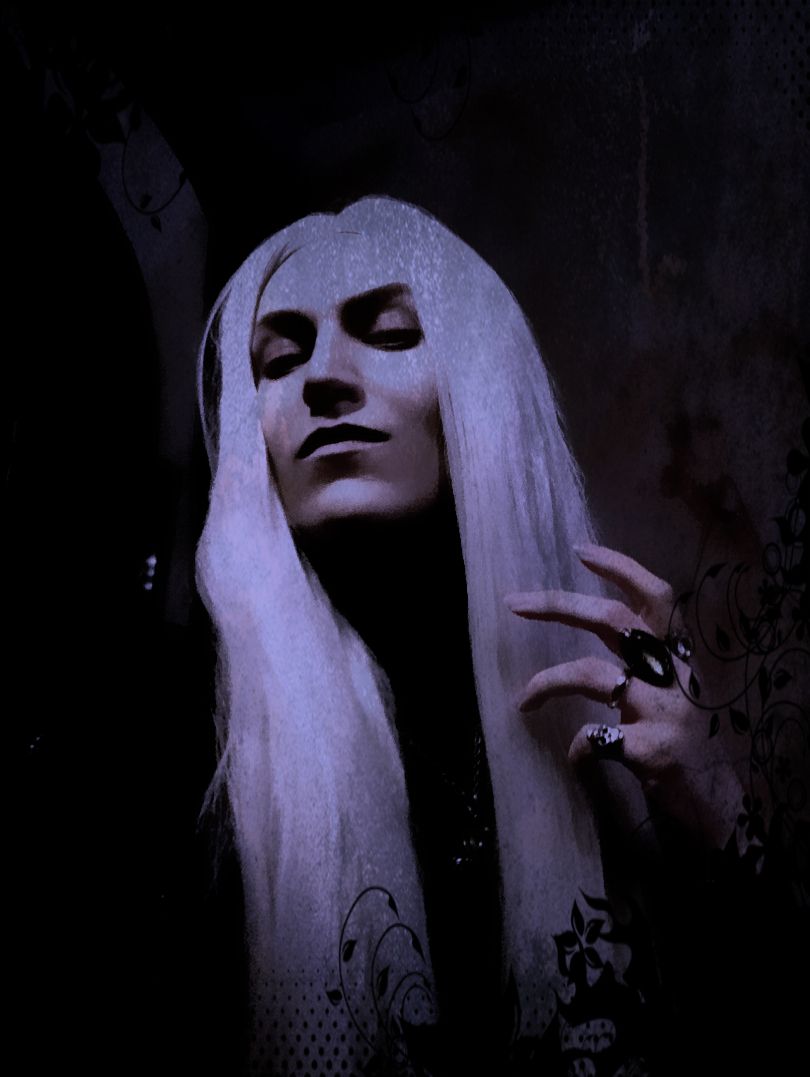 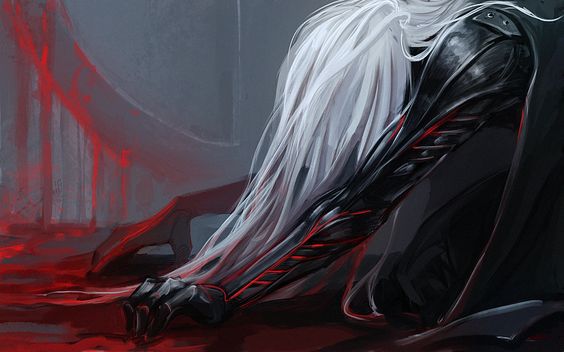 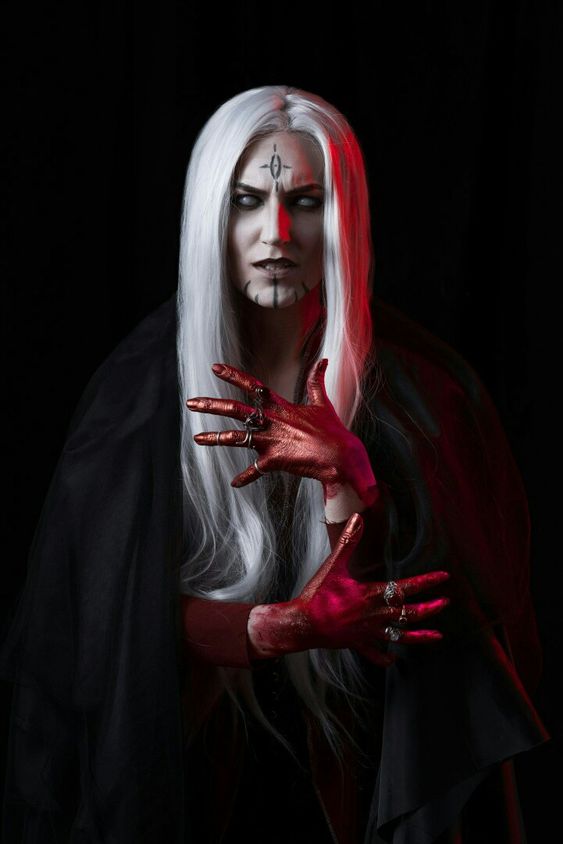 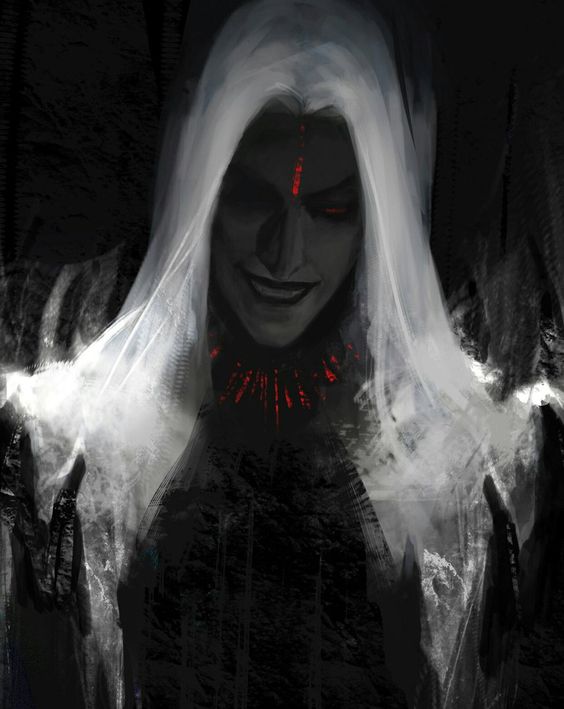 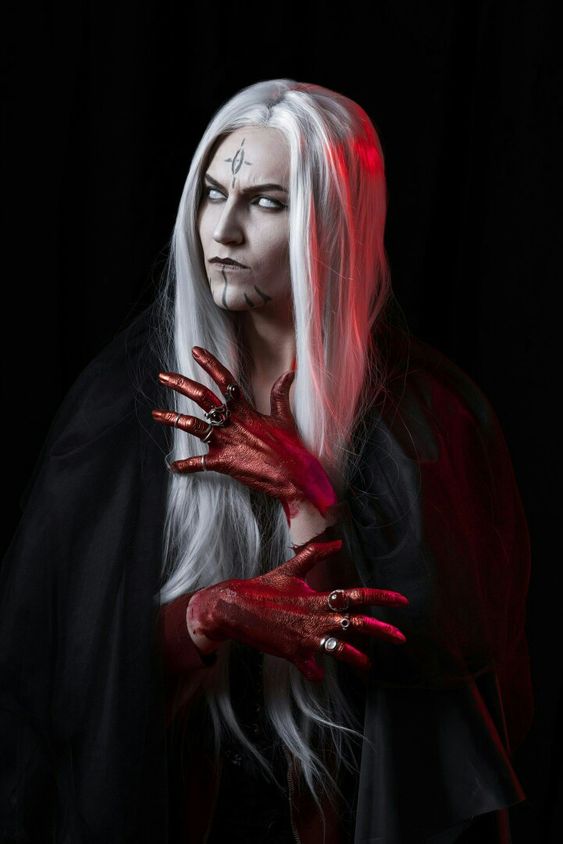 Lorrenzius’s story starts with his high elven mother falling in love with a phantom lost in the woodland realm. Combining her blood with the magic of the phantom, Lorren was created. As soon as he could walk he was causing mischief. Whether it was hiding from his mother, petty thievery, picking on others, he was always finding something to wreak havoc upon. In those small years he never met his father figure nor did he believe to have one. Several years had passed, he was starting to grow into a young man. The phantom finally decided to reveal himself to Lorrenzius. After their meeting, Lorren was taught many kinds of magic and lore. He was very smart and learned things quickly, but that was only if he was interested. His mind was constantly running, searching for things that he desired. All of the stories that his father told him stayed with him as he continued to age and seek out the world. He was stuck in the old fairy tales, and frantically searched for the artifacts that the stories had told of. He was obsessed over these objects. Small trinkets, weapons, armors, anything that stuck out to him he had to possess. When he came of age he found several artifacts that he had been searching for, but to his demise they were in possession of another man. Thus began his criminal life. Paying no attention to the fact that the man was indeed another being, he took his life just to take the artifacts from him. This happened over and over, thievery, murder. It didn’t matter to him as long as he attained what he desired. Eventually his mother had passed on, leaving him in possession of the stone tower that lay in the woods that his father once strolled. There, he stored his treasures. After he had successfully attained his childhood desires, he began to search for more valuable things. He became good at his game. Seeking out people that had hoards of old treasures, bartering with them, stealing from them. It was the same thing over and over. Growing somewhat tired of his trinkets he began to search for relationships, which of course just like his collection of artifacts, he had many. He could never settle, always on the move for the next one, the prettier one, the more handsome one. He always had to have more. It was like a curse to him, this insatiable hunger, the greed. As time went on, he began to mature, seeking out trade work. He bought out several shops, ending up creating his own trading company called the Silver Spoon. Then using his love of alcohol he bought up property near his Jeweled palace, creating a winery and vineyard. His knowledge from his schooling and trade made him a very well known businessman in the world of Varlaz.

As a child, he would be sent to study under his uncle, Utavian, in the divine arts. Those years spent under the vampire’s wings would pay off for his future as a talented mage.

~ Race ~  High Elf – {Magic Anomaly/Phantom} (Currently has a complete soul) – He appears as a pure blooded High-Elf. Basically a copy of his mother’s  DNA, though he has the same abilities and magical properties as his phantom father.

~ Hair Color/Style ~ White, long, down to lower back, thick, occasionally wears it in braids. He was created with the same golden blonde hair as his mother had, but as he aged and progressed through life, his body was torn in its brokenness of the lack of soul, so his hair would fade over time, drawing the life out of it.

~ Physical ~ He appears as a high elf. His body is well proportioned in its overall conformation and physique. His muscles are well toned, though not heavy like a warrior’s would be. He is the perfect image of a mage, a very powerful one in fact. His skin is a pale gold in color, with the fact that when he was created it had been the same golden tan as his mother’s, being a replica of her. Over the years his body had taken many heavy damages and made many sacrifices to keep itself alive and well, therefore at its brokenness it drained his coloring.

* DriftMoss (bitter and minty, taste resembles raw peppermint / causes hallucination. Can be smoked in a pipe/rolled/or infusing with oil)

* Lackluster cigar (mixture of herbs and roots, sacred and powerful healing properties, causes strong hallucinations due to mire root. The taste is formed to whatever the smoker prefersdesires. Drinking water makes the hallucinations stronger),

*Stone tower – his mother’s home, located in the woodland realm of his father. Shrine to his artifacts and collection.

* Crooked Spine cave – Mine for natural ores and gems

* Silver Spoon Trading – Trade company. Has countless stores in Varlaz that rely on his business.

* Lantern – an orb of light that illuminates his path.

* Invisibility – camouflages self, not visible to the naked eye.

* Dispel – disarms spells and other magic.

* Hoarded Arsenal – His collection of weapons appear floating, he is able to manipulate them without touching them.

* Darkness – Ability to manipulate darkness itself.

* Black Matter – Combining his energies and forces to create something entirely evil that he can manipulate at will.

* When in a mood or in pain, his body typically turns ethereal and his form will turn static (taking after his father).

* Bores easily. Is that a secret though?

*He was created without a soul, as he was just a creation of magic, not born into the world through the womb.