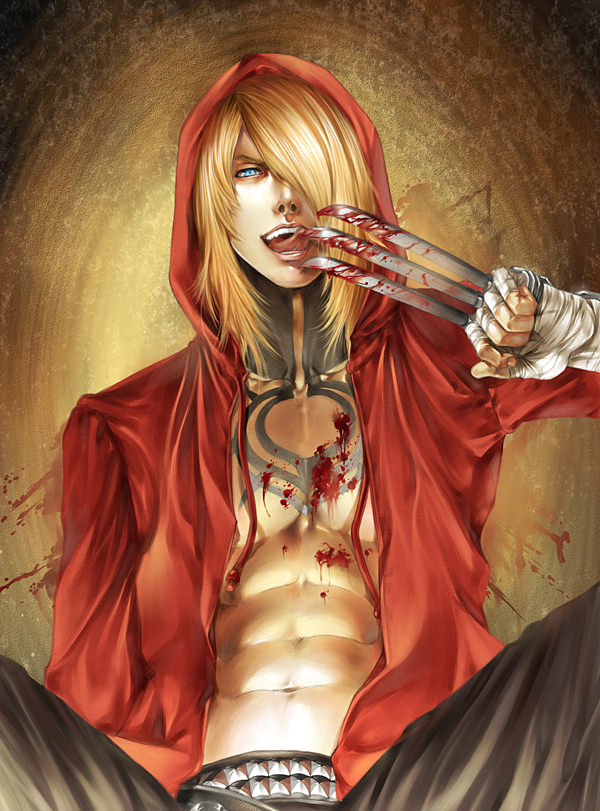 Vlad The Impaler had been a great ruler, a superb general, warrior, and a devout Christian.  When His father and brother had been assassinated and Wallachia cast into ruins, it was he who returned to take up the throne and restore his lands to prosperity.  Once he had a solid foot hold, he set about destroying his enemies and the enemies of God.  The Pope considered him a favorite for his successful Holy Wars and for being one of the only European lords to volunteer to Crusade.  He considered himself truly blessed by God and paid tribute to him whenever he could.  Even when he was betrayed by his brother Radu and ally, King Matthias Corvinus he returned to rule once more, his faith battered but not broken.  It wasn’t until he finally fell in battle against his sworn enemies, the Ottoman Turks that he cursed the God he had served so well for so long.  He screamed out his hatred as he was beheaded by his enemies and cursed the lord, his family, and his enemies alike.

In his darkest moment, Vlad had made a pact with the lords of hell to do for them in death, what he had done for God in life.  Bring them victory and in return, they would let him have his revenge.  Vlad was resurrected as the Dark Lord Dracula, creating an army of demonic beings and over the course of a hundred years, completely destroyed The Turks and any enemy he had left behind.  At the end of that hundred years, he returned to hell where he would fulfill his promise to serve the Lords of Hell in their unholy wars.  Every trace of his enemies were destroyed, if not by Dracula and his dark army, then by his curse.  However it wasn’t only his enemies that carried a curse.  His bloodline too, was cursed to darkness.  His son Vlad IV died at the age of thirty, driven mad by a demonic plague and burned alive by his own people.  Afraid that the curse would spread to them, his family was cast out of the Hungarian lands they had come to call home and hunted. 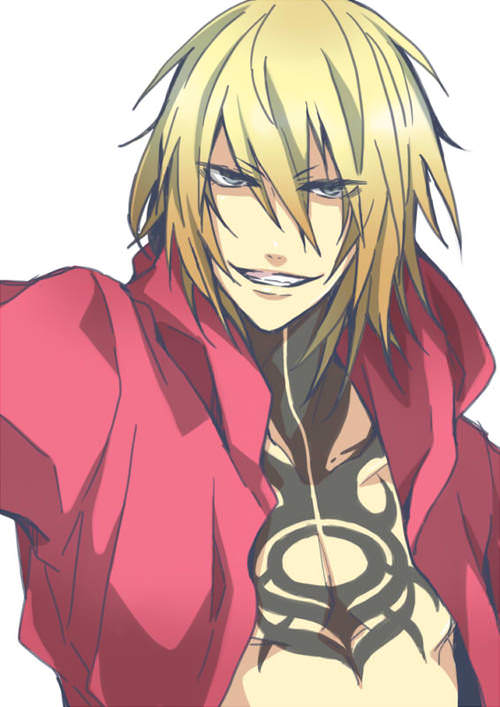 Even as Dracula waged his hundred year war, his family was on the run.  It wasn’t until his grandson, Vlad Dracul Tepes V came of age that they stopped their running.  Whispered rumors of his grandfather’s resurrection and turn to darkness reached them, even in the Carpathian mountains of Romania.  When his mother and two sisters came down with the same plague that had driven their father mad, Vlad did the only thing he could do.  He prayed.  He didn’t curse God as his father had when darkness entered their lives, he cursed Dracula for his weakness.  After seven days and nights of praying, he was miraculously answered while sitting atop a mountain cliff.  An Angel came to him and told him that  if he wanted to lift Dracula’s curse from his family, then he had to complete a task for the Angel.  He was also told that even though his family would be free of the curse, Vlad himself would not for the curse could not be eradicated completely, it must be trapped within his own body. 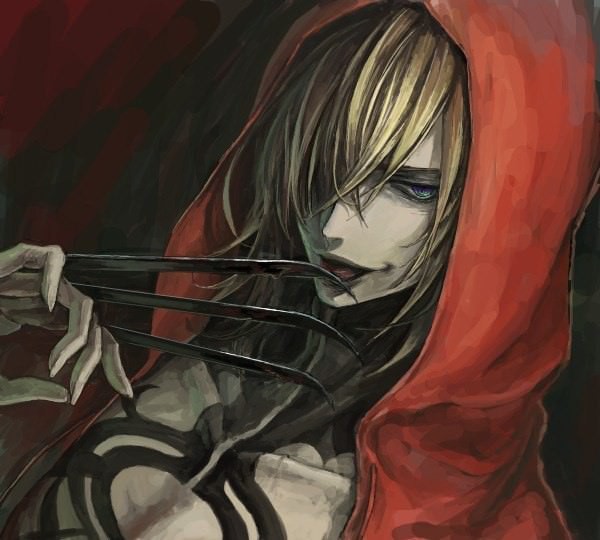 Vlad didn’t hesitated in agreeing to the Angel’s terms allowing the Angel to send him into Hell with the task of freeing another angel from the control of a Demon Lord named Belphigor.  Not know how he would come to defeat such a demon, Vlad soon found that being sent to hell caused the curse laying dormant in his blood to fully awaken.  He was taken with a fierce hunger and when he happened upon a pack of lesser demons, he laid waste to them and devoured every one.  His hunger was temporarily sated and he found that he had gained the power of those he had devoured.  With his new found cursed power he continued to devour demons until he was strong enough to defeat Belphigor and devoured him as well.  He had become insane with the demonic energies absorbed and was ready to rip himself apart when he came upon the Angel he had been sent to save. 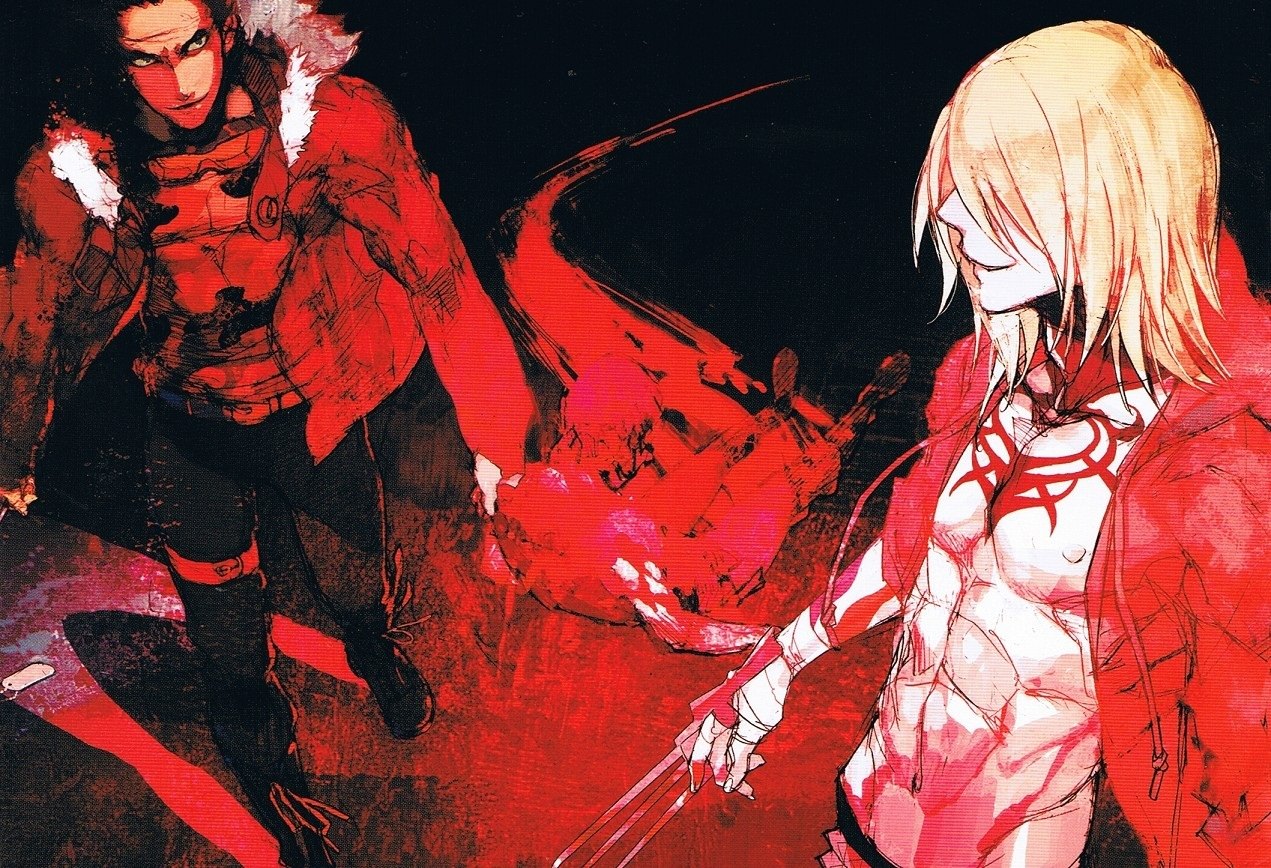 Near death from being tortured by Belphigor, the Angel offered herself up to Vlad, not wanting her essence to be absorbed into hell’s realms and allowed him to devour her.  The Angel’s holy energies left Vlad in a state of agony that caused him to black out.  When he finally awakened, he found that he was no longer insane, and that the Angel’s essence had counteracted the madness of the curse.  When he returned to the Angel who had sent him and told his story, the Angel thanked him for what Vlad did for his friend and returned him to the realm of Earth.  However, once he returned he found that he had been gone for almost a hundred years.  He hunted down his family and saw that the curse had truly been lifted from them and was glad this his mother and sisters had been able to live out their lives without it.  Satisfied, Vlad decided to return to hell where it was rumored that his Grandfather was waging war on behalf of his new masters and Vlad decided that he wanted to take revenge. 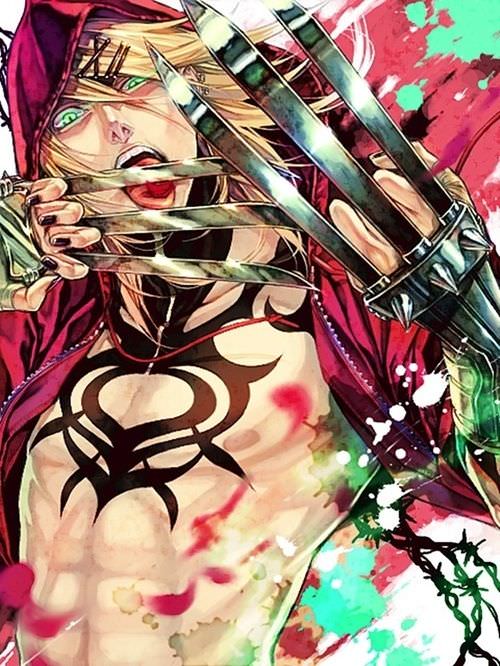 Biding his time, Vlad began to devour demons and cursed souls to gain power.  He sought out allies among the beings who considered themselves the enemies of Dracula and the circle of Demon Kings that backed him.  They came to call themselves The Order Of The Dragon, with Vlad taking on the guise of “The Dragon” much like his great-grandfather had done so many years ago.  Gaining power and allies, The Order Of The Dragon, lead by Vlad, the wanderer Judas, and Warrior Crimson, were able to defeat Dracula and his hordes with Vlad devouring his Grandfather to make sure he was done for good.  Though expected to take power in hell for his own, Vlad decided against it and instead returned to earth to wander in peace, still a member of The Order, as well as becoming an Agent of an even larger, multi-realm conglomerate called The Devil’s Shadow, he spent most of his time watching over his bloodline to make sure that they were never cursed again. 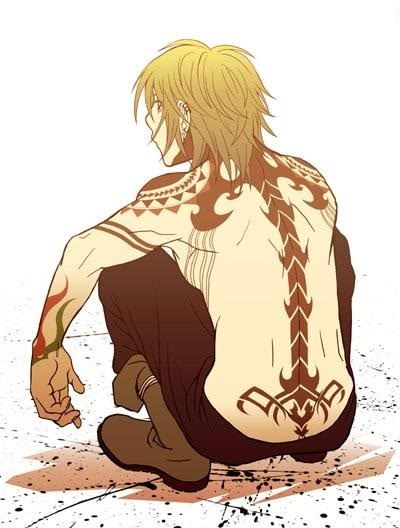 Though he did not know it, Vlad’s creation as a Devourer was manipulated from the shadows by Yjarl, Father of The Abyss. As one of Yjarl’s seven great devourers, Vlad is almost a black hole given a flesh casing. There is almost nothing he can’t devour and draw power from, be it matter or energy. The effects this ability has on him ranges from simply taking on the properties of what he devours, to gaining the exact powers, abilities, skills, memories, and experiences of the people or things he devours. He gains an immediate and full understanding of the boons he gains from this ability. The more material he devours from the origin source, the longer he maintains these boons. If he devours the origin source completely, the boon becomes permanent. 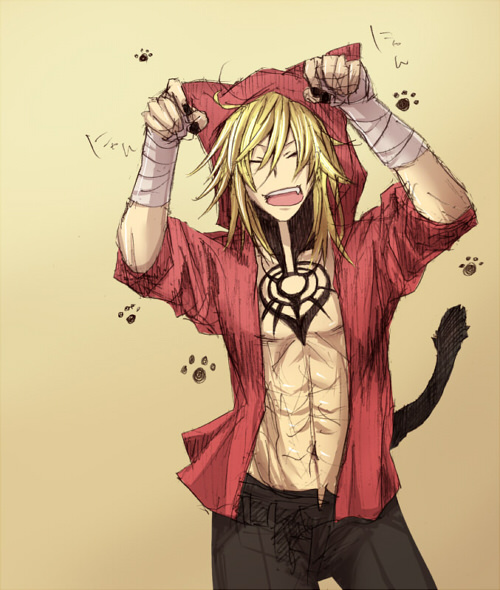 Fourth of the Seven Devourers