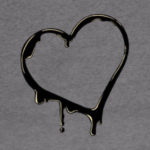 Containing the characters of the writer M.V.G

For Characters Strictly in this Account, You can Ask for Reference Photos in PM’s

Edge was bred and born on Hellifyno. Though to a not so great heritage. Her parents families hated each other, so it was a Romeo and Juliet kinda thing. Even ended up with them dying four years into Edge’s life. So she was sent to live with her dad’s side of the family, which was a horrible thing for her..As she grew she was treated like an animal. Only given a little less than what she needed. No love was given to her aside from her one cousin. Who was the golden boy in the family. Thinking that her parents love was ok despite what the rest of either families thought. He occasionally gave her money so she could go out and eat properly. Though she remained skinny, thankfully not bone snug skinny..

Though the physical abuse didn’t start until her teens. After causing a little mishap with the money, her uncle beat her. While her aunt watched. Grinning the entire time. Sadistic bitch was what she was..And from then on, any mistake that was witnessed would end up in a beating. Each one different and more ‘creative’ than the last. Though it luckily never got to..being raped as some others might do. So many sick people..But Edge survived. Moving out at age nineteen when she saved up enough money. Moved a few towns over. Got a job, stayed in contact with her cousin, saved up more money until she could move continents! Yeah..She needed to get as far away from those sick people as possible..

Next thing she went through, starting fresh. It took her a while to find a new job, as the way things worked in Persistence was different. Harder to get a job with so little skills and abilities. Heck some places rejected her for being ‘human scum’. Though she wasn’t human..Some sort of hybrid, but she kept that secret. A few months passed and she adjusted to a normal loner lifestyle. Overhearing some talk in the cafe she worked in about the Red Sun Inn she eventually decided to check the joint out..

Appearance: 5’7, Hair; Short and Fluffy bob of Pure White Hair with Black Streaks from the Roots, Large Round Glasses over her Piercing Crimson Eyes, Pale as all Hell, Petite Figure with Slight Curve

Sexuality and Relationship Status: Too Young