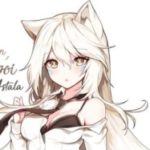 [] Still Under Construction and Updating! []

Nobody at the moment (Prefers Men)

Single as can be

Luminaria- Ahem, Lumina was born in a small town that was within a large kingdom called Zarius. Being a hybrid of a cat and human, she was discriminated in that town. Often bullied by the other children, and given nasty stares by the adults. Even told to not worry by her parents, Lumina found it upon herself to show those all that she could do what they could.

Since her childhood, she had studied hard and worked to always try her best. This caused Lumina to miss out on her childhood, missing what it was like to play with other children, missing knowing what fun is like. She continued on like this to her early adult years, where she had honed her skills enough to become the head of Knights.

Years of hard work, blood, sweat and tears had finally shown them. For this path, she had lost herself, not knowing who she truly was or is after achieving her accomplishment. Lumina had now felt empty, not knowing her true purpose any more. Now, she has left her Kingdom, roaming Hellifyno in search of herself.

Lumina doesn’t know much of the world or people. She doesn’t know certain feelings that most would regularly feel, or what most objects even are. She’s oblivious to most technologies used by other races or countries, since her own was more old-styled.

Lumina has white, long, wavy and fluffy hair which is accompanied by a pair of white furred cat ears and a thin, yet fluffy tail with a yellow ribbon at the end.

Lumina stands at 5’3, and has a slight built and curvaceous figure with a mole beneath her nose.

She mainly wears a simple black or white strapped shirt that is cropped to her stomach and leggings or comfortable pants that are easy to move around in. Lumina wears a large coat or jacket over top as well, that is left unzippered. As for shoes, she either wears combat boots (which are always left untied because she doesn’t know how to tie them- bUt ThAt iSnT tHe pOiNt) or simple slippers/loafers.

Lumina carries a brown, beaten satchel which contains a sheathed black blade, a leatherback notebook and calligraphy pen with a few vitals of what seem to be a few potions.

Lumina constantly feels like she has to be what everyone expects. She is always formal and tense, but because of this, she has difficulty relaxing around others (except while drinking warm milk) and letting her guard down around others. She doesn’t really know how to relax and “be herself” because she does not know who she truly is.