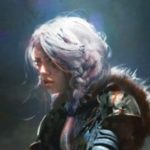 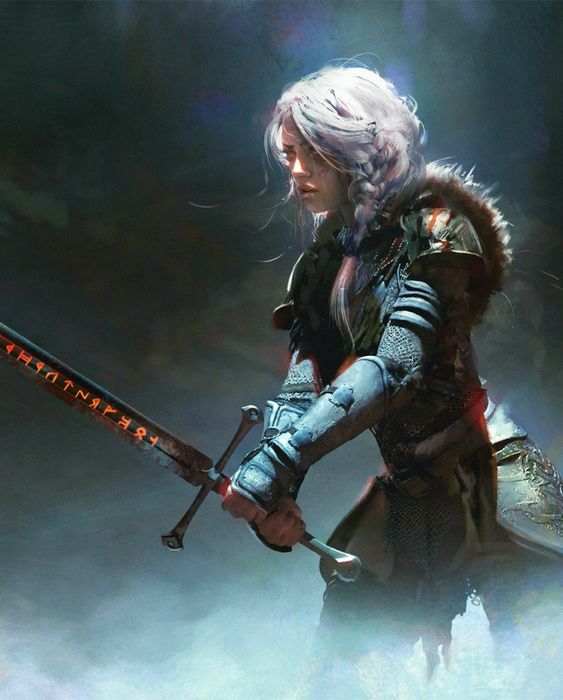 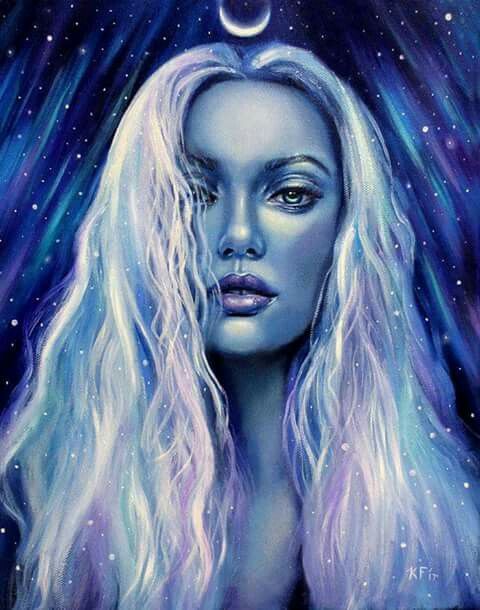 Unbeknown to Lunar, she is the daughter of an Air Genasi and a Priestess of the Night. The product of a forbidden union, her birth was considered an desecration to the Goddess and she was given to the sea by her mother’s temple whose priesthood followed vows of celibacy. On a wild and stormy night of darkened weather, the wooden chest was tossed about by the waves of the ocean before it was pushed onto the sandy coastal shore of a nearby Elvish province where it was discovered washed up on the beach by a young  female Elf named Estel who strolled in the morning sunshine with her small son, Idril. Inside the ancient trunk, which was decorated with strange carved symbols and pictures, was a small pale infant swaddled in strips of black and blue silk that stared calmly out at the world with crystal like blue eyes which were tinged with violet. The only clue to the child’s identity was a small raised white scar, similar to a burn mark, in the shape of a crescent moon emblazoned on one tiny wrist which was what led her new adoptive parents to name her Lunar after the Goddess of the Moon.

Lunar grew into an unusual and often silent and serious child whose moods were as changeable as the wind and seemingly effected by the cycles of the moon. Whilst usually calm and serene in nature, she was prone to easily lapsing into stormy tempers or sudden melancholia. Whilst in an emotional state of distress or anger, it soon became apparent that her outbursts were often accompanied by sudden and alarming gusts and breezes of air from a very young age. With oddly coloured azure eyes drenched in violet and silver hair tinted naturally with a shine of pastel blue or purple depending on how it was illuminated, Lunar stood out amongst the Elvish population as an oddity, a mystery that was accepted but not quite understood and as a result was often left out amongst the other children. She was a reserved and quiet child who preferred her own solitary company even making the adults around her uncomfortable with insight and maturity wise behind her years. She often heard whispers and rumours surrounding the mystery of her birth and origins, yet all seemed too far fetched for her to take much interest in. Her only trusted childhood companion was her older brother Idril whom she shared much of herself with and the two developed a strong bond of friendship.

As she grew older, Lunar took to stealing away from her bed once the sun had disappeared behind the horizon so that she could wander the cobbled streets, dancing and moving with the nocturnal moonlit breeze as it twirled around her. It was almost as if the darkness of night beckoned her, luring her into its shadowy embrace, a call she could not ignore despite her parents warnings and displeasure. Eventually, her Elvish parents took to locking her inside her room each night to keep their precious daughter safe however this only resulted in wild temper tantrums the likes of which seemed to cause severe winds that lashed at the heavens and battered against the windows until the trembling glass splintered and shattered sending diamond shards flying dangerously though the air. Forced to relent to their daughter’s wild spirit, the couple insisted she at least be accompanied by her brother to which both easily agreed.

It was on one of these nightly adventures that unexpected tragedy struck. On this night in particular, Estel had decided to accompany her children on an evening stroll along the same beach on which she had found the strange infant ten years earlier. It was here that the mother and children were ambushed by human traffickers that specialised in the sale of exotic creatures of magical origin and appearance. 13 year old Idril attempted to bravely defend his sister and mother, but was overpowered easily as the trio was quickly outnumbered. As Estel lay dying in the sand from fatal injuries, Idril fought to keep the men from taking his sister too but was knocked unconscious and left for dead beside his mother’s corpse. Ten year old Lunar was transported across the sea, a small girl in chains, and taken to be sold at the Slaver’s Market where she was purchased by a mysterious stranger. 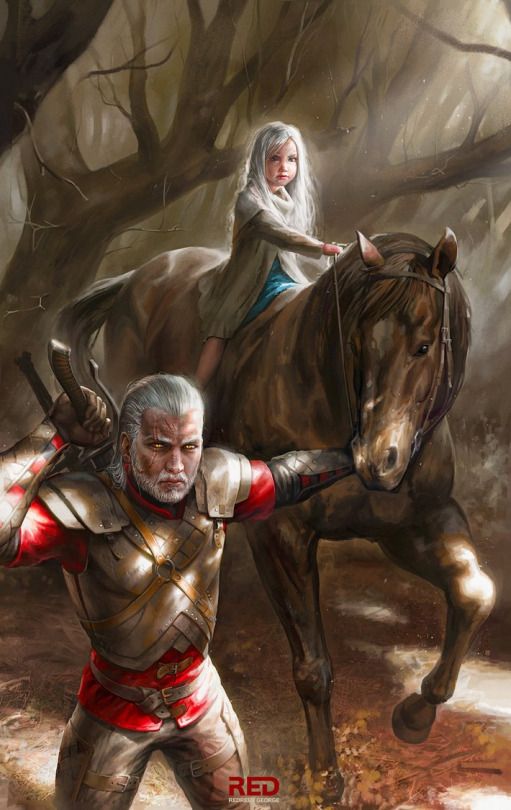 From that point on, her old life and identity was slowly and systematically destroyed as she was given a new name and purpose being adopted into an ancient and ruthless league of Assassins known as The Sicaari, faceless figures that stalked the night committing acts of murder in honour and worship of the Goddess of Death, especially skilled with knowledge and expertise in subterfuge and the art of poison. The Sicaari act to create chaos, destruction and death. Though they specialise in the assassination of key political figures or people of power, they will also involve themselves in the murder of lesser being if it serves the right purpose.

Under the new alias of Lyrica, her indoctrination began the first day of her arrival and no leniency or mercy was given to the girl despite her young age or gender with most new children unable to survive the first year. Her training consisted of being exposed to severe heat, cold, pain and regular consumption of a variety of poisons in order to reduce her sensitivity and increase her immunity to these weaknesses that might distract her from her task. As a result, Lunar’s childhood was littered with broken bones, bruises, sickness, fever and inhumane treatment as year after year, she not only learned to survive but excelled at the skills taught to her and though she feigned devotion to the Goddess of death, she never truly accepted the life that was thrust upon her, pining for her lost family and overcome with hidden grief and anger at the murder of the woman she had called mother. 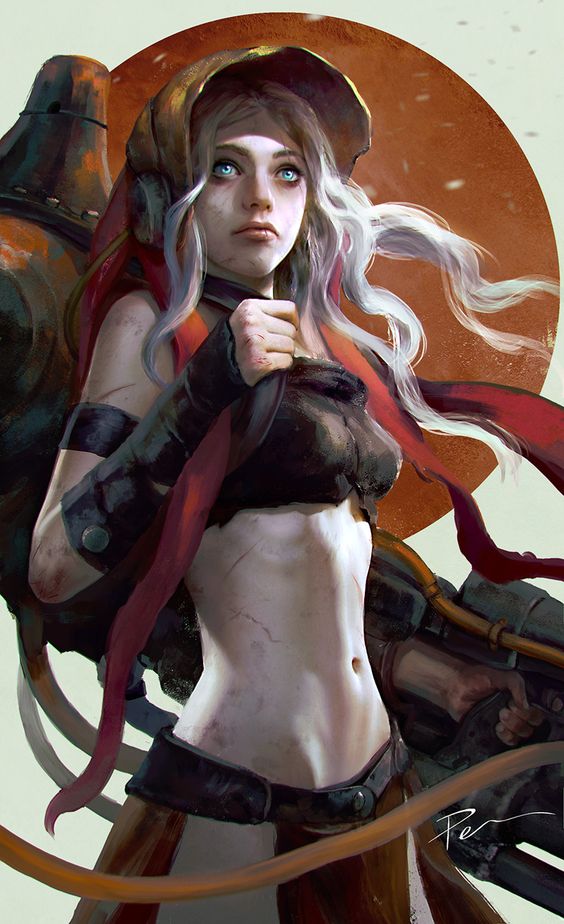 Once her training was complete, Lunar began to secretly work on a plan to escape a life of death and chaos yet was inevitably forced to kill to prove her loyalty and earn the trust of those that she now called sister and brother as she secretly taught herself to hone her elemental control over air. The penalty of betrayal to the league was death and not a pleasant one. Despite her forced role of assassin, Lunar has always followed her own moral code when possible and has, during her career of bloodshed, intervened to save those she had been ordered to kill if she is able to do so without detection and if she determines they are worthy of life. The rare few times she has been forced to shed the blood of an innocent has been when under the hidden supervision of Order and as penance for her act, she keeps a souvenir of these deaths on a silver chain, the charms of which number only three sacred lives taken. 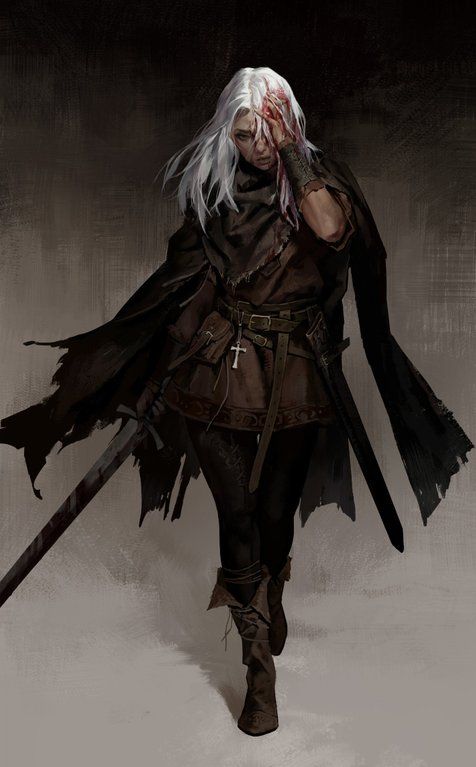 Lunar made a sudden and unplanned early escape from her forced life of slavery after an emotional confrontation with the man who had purchased and trained her left him dead, swept from the cliff of a mountainside by a fierce gale conjured accidentally by her repressed rage. Hunted now by the most vicious and highly trained assassins known to the civilised world, Lunar embarked on a quest to fade into obscurity and avoid death whilst discover her origins and re-connect with her past. 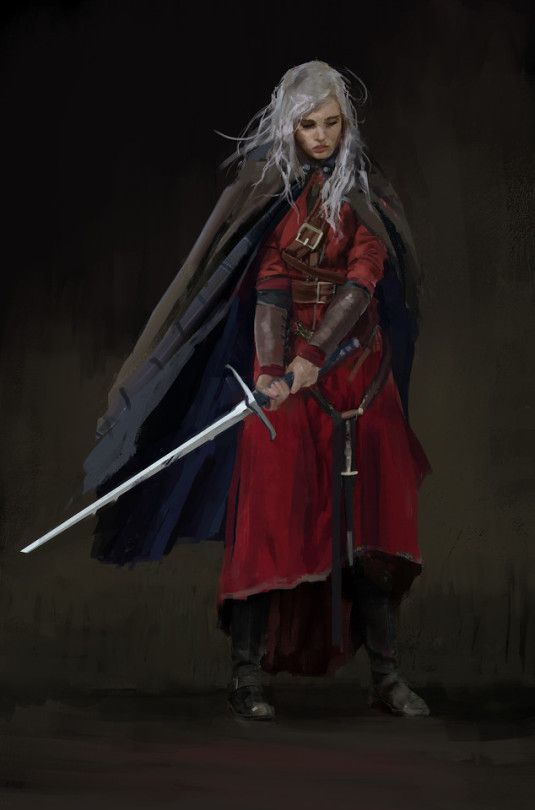 5’1. Luna has long silver hair, near white and often braided which has a pastel blue or purple tint to it’s colour depending on the illumination.  Pale skin. Light aqua eyes tinged with a vibrant violet hue which increases in intensity depending on her mood. Crescent moon scar on left wrist. Sicaari symbol tattooed on right ankle. 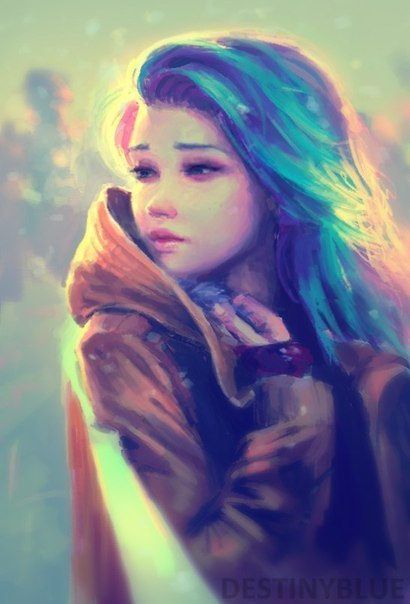