The story of Cain’s beginning starts with an ending.

Far from Hellifyno, in the Dragonball universe, Goku said his last words to a dying Kid Buu.  The kind and cheerful warrior wished that the insane and malevolent Buu would be reincarnated as a good person so that they could fight again without the weight of lives on the line interupting the enjoyment of the fight.

Little did he know at the time what the consequences of his wish would be.  King Yemma in otherworld heard Goku’s wish and decided to grant the savior of the universe his desire.  He tore out Kid Buu’s soul and power and reformed it into a human soul which he reincarnated on earth.  What remained, Buu’s evil energy and magic forged pink body, he cast out into the space between universes so as to be rid of it for good.  He did not have the power to destroy what was left of Majin Buu.

Life went on for the human Uub, Buu’s reincarnation, but the rest of Buu that was cast out floated in the space between for trillions of years.  By chance, it passed through a portion of reality where the barriers were weak.  The pink ball of energy and magic broke through the barrier into a new universe and, by chance, even emerged onto that universe’s Earth.  It was there that it encountered a mental cry.  A wordless plea for help so strong it caught the attention of the mindless magical core.

It floated towards the source and discovered a young human.  Without any sensory organs, the remains of Majin Buu could not tell any features about the human.  But it could feel his energy dwindling.  The human was dying and did not have much time left in this world.  The malevolent energy was filled with glee to witness the human’s last moments, but then the not quite sentient energy saw an opportunity.  The energy needed a mind and soul to control its powers and truly live.  The human would die soon without assistance.  So, the remains of Majin Buu flew forward and consumed the dying human.

When all was finished, the newly formed magical creature sent out a burst of energy to form a new material body for itself so that it could live once again.  Unfortunately, the barriers were still weak from the remains entrance into that universe.  The barrier broke once more and the newly formed Majin fell through the hole in the dimensions, too new to his own power to do anything but flail as he was pulled through.

Inside the city of Persistence, a bright pink flash followed by an explosion would mark the entrance of this new being to Hellifyno.  The arrival of Majin Cain.

For a time, Cain’s life on Hellifyno was peaceful.  The food was good, the people amusing, and he was even able to find those willing to bind themselves to him as his treasures.  But betrayal reared its ugly head, spearing into the Majin’s emotions and cracking the thin veil that held back the malignant rage of Buu.  Secluding himself in the cavern that he’d carved out to become his home, the pink creature fell into a deep trance-like sleep while wrapped in a cocoon of pink flesh, forcing his mental state into hibernation in order to repair the damage caused.  He awoke some months later to find that his most precious treasure of all had torn herself free of their bond, seemingly making all of the Majin’s work in hibernation all for nothing.  Unwilling to return to the forced sleep so soon after waking, Cain resolved himself to distrust.  He would not, could not, bind another to him without ensuring their loyalty.

Cain’s personality is difficult for many to immediately understand, due mostly to the fact that it is completely alien to how a human mind works.  Despite being comprised entirely of negative emotions, the Majin is remarkably jovial and friendly.  Though lacking in a respect for personal space, the primary thought that drives him is curiosity.  Certain things immediately catch his attention and hold it, like shiny things and pretty women with fluffy animal ears, but otherwise Cain concerns himself with little outside of sweets, sleep, and a desire to explore.  Those few people and things who truly catch his interest though can find other sides to the unique mindset of the taffy monster.

Cain seeks to possess any thing or person who catches and holds his interest for long enough, seeing them as treasures to be coveted.  For objects, this means attempting to take, claim, or steal the object in question.  For people, this means asking if he can keep them.  Any who agree to the request are treated much the same as a trophy and pet at the same time, as the Majin tries to care for them and bring out their full potential or ‘shine’ as he calls it.  He feels pride for them when they succeed and anger when they are harmed, viewing their success as his own and damage to them as abrasion to his precious treasures.  Cain feels an almost physical pain in his mind if those he views as his treasures break their bonds with him, as if he is losing parts of himself.  Such a thing happens rarely, but it can result in unpredictable mood swings from intense depression to triggering the sleeping fury within.

More deeply buried than all other emotions is rage, a rage that is a remnant of the fury once held by Majin Buu and only kept in check by the surface feelings brought about by the soul now in control of the pink body.  Once that tether is snapped though, Cain can become lost in rage, descending to a near feral state that seeks out the subject of that anger in a mad drive to destroy it in the most brutal way possible.

-Mialee Stormborn (So smart and such pretty hair.) 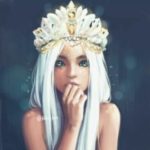