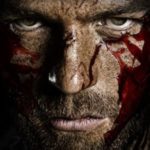 Silverhide Alpha, Herald of Wolves, the son of Titus.

I am the Alpha of the Silverhide lycan clan, bound inherently to the way of an old era warrior; a protector of Hellifyno. I willingly chose the ancient lore of the Hide according to Ogor, the first and most revered Silverhide. It is a brutal but spiritual way of life, a dedicated philosophy taught by Ogor to the first of our kind. Our way of life is as old as the earth we have fought, bled and died for.

My father was the late Alpha Titus Silverhide, who died leading the legendary last stand at Skyruler fortress. The epic battle is a prolific landmark in both Silverhide and Hellifyno history, a sacrifice which allowed the heroes of Hellifyno to conquer the capitol of Consequence. Soon after the last stand, my mother Erica passed away too, claimed by the evil of the Plainview war. Before their deaths, both my parents instigated deep change in our stubborn Silverhide culture, believing it vital to assure its survival in a rapidly changing world. Hellifyno needs the Silverhides, we are a part of it.

In absence of my parents, I was raised by legendary blademaster, Beor ‘the treepaw’. He taught and instructed my khorrn on lore, life and war. He prepared us with the brutal regime of our people, for a hard life of death, duty and devotion. I bonded deeply with my khorrn kin, and while we trained constantly together, Beor also taught my twin sister Marianna and I separately.My sister Marianna continues to be one of my closest companions and she and I were, as a part of my father’s proposed change within the clan, alsocared in the past by close family allies. ‘Aunt’ Nelly Zagurian and ‘uncle’ Romulus. They were to teach us more of the world beyond our tribal, military culture.

Blademaster Beor saw the makings of an Alpha in me, not by right, but through necessity and strength. He became my mentor and helped me master the great dominance and power within. I pushed myself to the extreme, learning all I could. When Beor later died, it only fed my determination to rebuild a new era of silverhides, without losing the cherished old ways. As he had wanted.

After passing my rite of passage into adulthood with Beor, we became lost for months in the tunnels beneath the far northern wilderness. There we faced fierce trials and battles, and I was able to show my true worth. When we emerged, guided by visions that overcame my dreams, we made for Gaiador. There we claimed on the oath the elves had sworn to my father. Taking a mostly elven army, we traveled Hellifyno in search of wolves to rally to our cause. The Silverhides are greatly respected, and many dreamed of the honour of joining us. Over five months we gathered a small but powerful army and took to the East, then South in search of allies for our cause. In the south, during the time of the revolution in Consequence, we began liberating enslaved wolves, elves, humans and nymphs, bolstering our ranks greatly and causing a war with the Turquoise empire. Our campaign was long and violent, but a resounding success! We destroyed the slave dependant empire. By the time I returned to the Northern continent, it was at the head of an army, followers from all over the world. They labelled me the Herald of wolves. Upon returning to Halgan, I was proclaimed Alpha of the Hide and founded a united, far Northern Realm, a territory for the influx of people and magical races.

As part of our philosophy of change, my people have fought wars in the far North, some to defend our lands and eliminate threats, others to secure the borders of the far northern realm. In 2014, my people entered into war with Aosoth, the demoness. The conflict was short but bloody, resulting in a loosely held treaty. Since those days, I have focused my efforts on further strengthening the northern borders, as well as crafting alliances and purging the areas south of Skyruler of their Spawn infestations.

I currently live in Halgan forest, the ancestral Silverhide homeland in the far north.