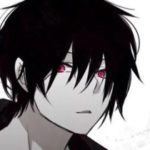 At the beginning, the being known only as the creator created not only the first beings, but the basis of light and dark. These beings were god’s and devil’s. Jason was a god, a god of balance. He fights for neither cause, instead eliminating those he deemed “unfit” to rule . Constant clashes between the god’s and devil created countless numbers of species all over the universe. It wasn’t long before both groups turned their attention to Jason. Neither sides opinion differed about him, that he needed to go. The strongest of the two sides united to destroy Jason. Despite their attempts, they only managed to separate him into his light and dark halfs: Orion and Matsu. Orion had taken on a ghost-like form, existing in between earth and the spirit realm while Matsu now lived among mortals. The two had the ability to fuse into Jason, but he was much weaker than before. Limits were sat on his power by the very beings that stripped him of his rank. Now the two seek to exact revenge upon their oppressors, hunting them down one by one.

The three stand at 5’7″ and wear casual human clothes made from magic fabrics.

Akari: Matsus weapon, A black diamond ninjat? that can appear on the arm as a tattoo. This immortal slaying blade is seemingly weightless and holds great destructive power.  As blades clash with Akari the blades begins to heat up, emitting steam when it gets to hot. This built up energy can be released in a violent explosion.

Solomon: Orions weapon, a scythe said to be forged by a legendary black smith at the center of the brightest star. This weapon cuts through some of the most demonic energy with ease. The blade of Solomon appears to be made of some kind of white metal, but not even Orion is sure of the weapons framework. The weapon holds the ability to release white lightning from it, scorching any who come in contact.

Jada: Named after Jasons late wife, the blade is a long sword built like an ninjato, featuring a white blade like Solomon. The blade heats up with every clash, heating up twice as fast as Akari. The blade can discharged this energy in various forms. If silent, those near can hear the soft voice of Jada, singing from the blade.

Matsus Powers: Matsu has the ability to use shadow magic, an ancient form of dark magic. This allows him to manipulate the parasitic primordial shadows. These shadows feast on the life force of anything it touches, only strong light magic can repel these shadows and the strongest of dark being aren’t affected.

Orions Powers: Orion has the ability to manipulate some of the most powerful light energy. He also has the power of creation, the ability to materialize entities out of thin air, he integrates his into his fighting style.

Jasons Powers: Jason is a masterful swordsman, out maneuvering his opponents with ease. Jason has the ability to manipulate the fabled white flames, flames said to be only used by the creator himself. These flames can reduce anything to ash within moments. When used on a living being it burns both their psychical and spiritual form. Jason adapts to the fighting style of others quickly, giving him an advantage against foes. His other powers consist of creation, magic nullification,  and telekinesis

That everyone has a weakness