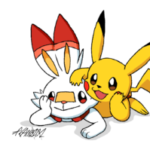 Sam The Pikachu and Thomas The Scorbunny

Sam The Pikachu and Thomas The Scorbunny

A Pikachu and a scorbunny who are mated together

Pikachu is a short, chubby rodent Pokémon. It is covered in yellow fur with two horizontal brown stripes on its back. It has a small mouth, long, pointed ears with black tips, and brown eyes. Each cheek is a red circle that contains a pouch for electricity storage. It has short forearms with five fingers on each paw, and its feet each have three toes. At the base of its lightning bolt-shaped tail is a patch of brown fur. A female will have a V-shaped notch at the end of its tail, which looks like the top of a heart. It is classified as a quadruped, but it has been known to stand and walk on its hind legs.

The anime has shown that wild Pikachu live in groups in forested areas. Pikachu communicate amongst themselves using squeaks and tail-shaking as friendly gestures. In the anime, Alolan Pikachu are known to greet each other by sniffing one another and rubbing their tails together. Electricity can be used to receive and send messages with each other, as well as other Electric Pokémon species. It raises its tail to check its surroundings and is occasionally struck by lightning in this position. When groups grow, they can inadvertently cause lightning storms. Pikachu forages for Berries, which it roasts with electricity to make them tender enough to eat. A sure sign that Pikachu inhabits a location is patches of burnt grass. It has been observed eating and sometimes destroying telephone poles, wires, and other electronic equipment.

Pikachu charges itself while sleeping overnight, though stress and a lack of sleep can affect this. It is able to release electric discharges of varying intensity. Pikachu has been known to build up energy in its glands, which it will need to discharge to avoid complications. It is also able to release energy through its tail, which acts as a grounding rod, as well as recharging fellow Pikachu with electric shocks. Pikachu can also electrify itself to use its signature move Volt Tackle.

Pikachu has three alternate forms: one, the Cosplay Pikachu appeared exclusively in Pokémon Omega Ruby and Alpha Sapphire. It is always female, has a black heart-shaped spot at the end of its tail, and can be dressed in any of five outfits corresponding to the five Contest conditions. The second form is Pikachu in a cap, which debuted as an event-exclusive Pokémon in Generation VII. It is always male and has eight variants, each wearing one of Ash‘s hats from the anime. In addition to these two forms, many other Pikachu variants have appeared in various media. The last, Partner Pikachu is the Pokémon the player starts with in Pokémon: Let’s Go, Pikachu!. This Pikachu can be either gender, has higher base stats, and has access to moves that normal Pikachu do not.

As Gigantamax Pikachu, it becomes larger and chubbier. Its tail becomes longer and becomes capable of storing all of the electricity it generates, causing it to glow a bright yellow and enabling it to become as powerful as a lightning strike. Three red clouds float around the tail. Its power is equal to that a power plant; however, it is difficult to use it in peoples’ homes since Pikachu can only remain in its Gigantamax form for a short time.[1]

A warm-up of running can cause the fire energy in Scorbunny to start coursing through its body. When this occurs, Scorbunny will be able to fight at full power. The special pads on the back of feet and nose can generate heat once it is ready to fight. Scorbunny loves to run and is filled with energy, and can start small fires from underneath its feet. By using its powerful legs, Scorbunny can run and jump around its opponents in order to confuse and disorient them. It is a rare pokemon that is found more often under the ownership of trainers.[1] 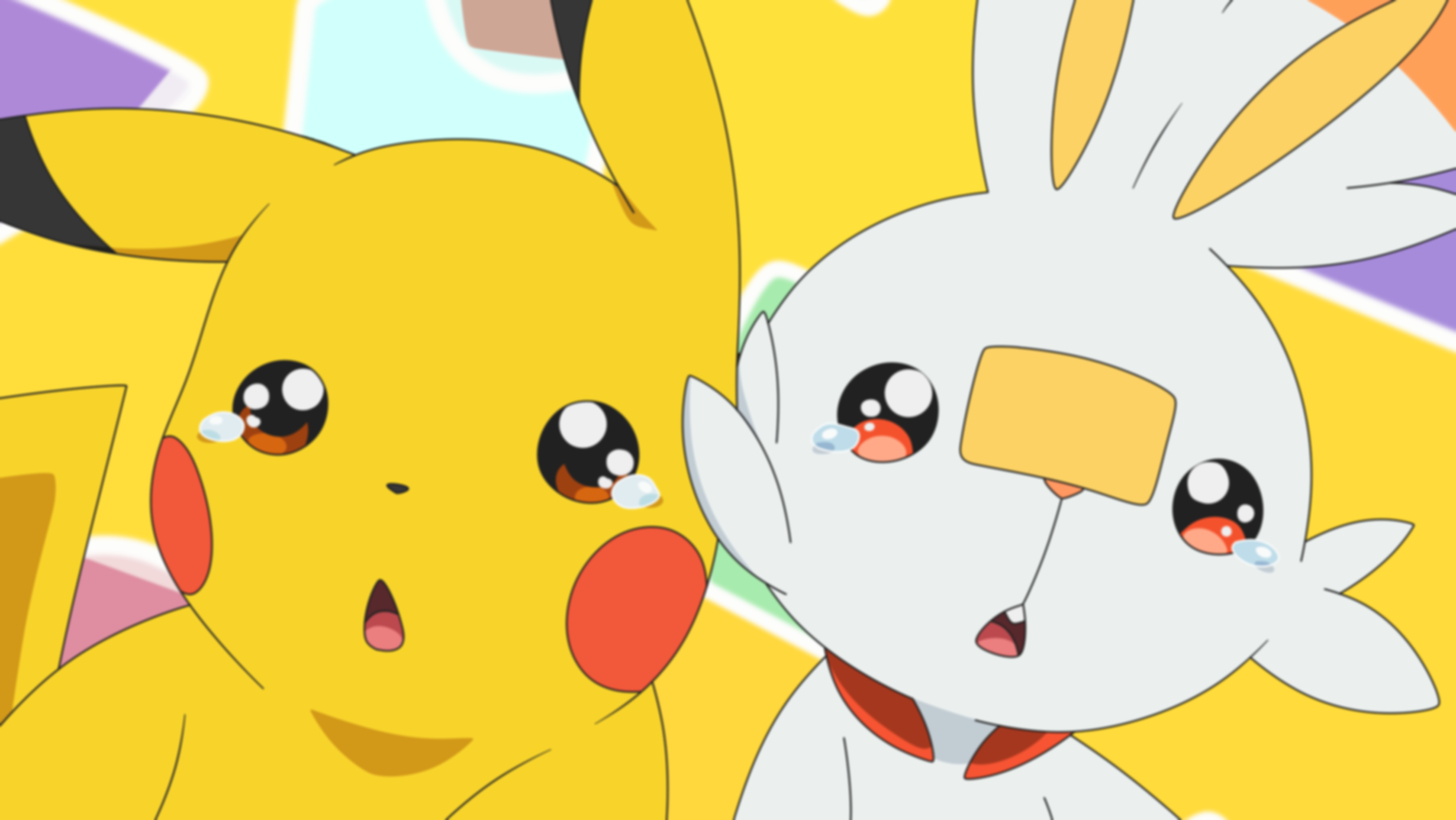