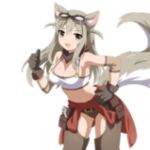 Guys and girls really I'm not picky about gender or species etc I'll love them no matter what.

Had a girlfriend she died though.

She’s quite optimistic and energetic as well as sadistic to people who deserve to die and she always had a love for machines and mechanical engineering she dated a female Mech soldier named moze but she was killed while on tour and before she died she gave Lily her iron Bear mech which Lily still uses. She’s quite gifted at tinkering and crafting mechanical devices and as well as being a expert marksman she got a love for machines from her father before he passed away from old age she still carrys the family business of creating Mechanical devices and gadgets she likes bunnies and Foxes, she is a complete gun nut really she is loyal to her friends and family and will die to protect them.

Lily has fairly long and scruffy hair. She has fox ears attached to each side of the top of her head, and a tail located just under her lower back. Lily’s hair color is a light grey, with a dash of white coating the underside of her tail. Lily wears a revealing white top that is supported by two thick white straps that are attached to the shirt above her chest. The straps support themselves from the nape of her neck. Lily has a small brown bandanna tied to her neck, just above the white straps. She wears brown working gloves and had brown elbow sleeves. She has a red sweater tied around her waist, and a brown belt, which holds two small brown tool pouches, one of which has a wrench in it. She wears loose brown pants that expose her lower pelvis area, making her brown panties in plain sight. She wears hiking shoes that mostly dark brown, with little patches of light brown on the toe and lace areas of the shoe. 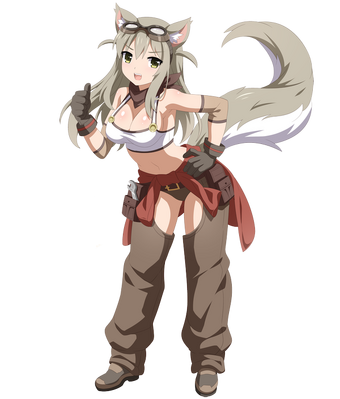 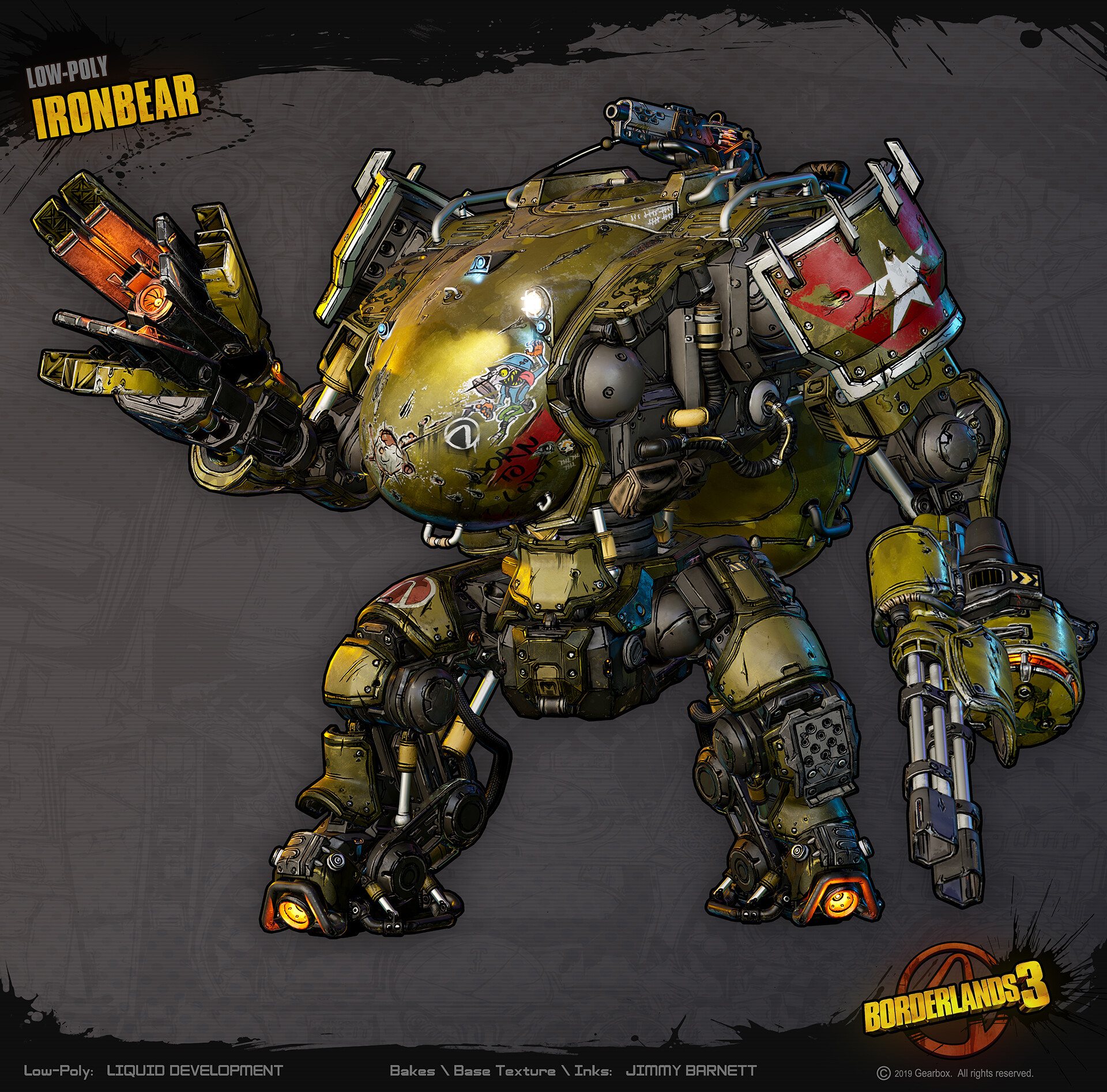