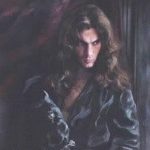 No one for the moment.

I remember my father and mother. Father was a merchant in meaning my family often traveled the long green planes of lushes grass. No better was the sun as it brightly had shown its presence in the blue eyes. The nights, hard and restless but comfortably comforted by my two brothers and one sister’s warmth.  I and my siblings all had slept together in front of our family’s cart. In the back were all the things my family were selling. Most were seasonings but very rarely we had sold herbs we found off the roads or perhaps berries. Mother was a kind women with light rayed hair of blond and eyes of unpolished green. I often wondered…not that I am older how my father had managed to find our mother. Our father was a unnoble merchant surviving only off what we needed. We were all fed…me and my siblings and always had plenty to drink. I was the second birthed brother of the family.

The oldest was Grandle, now he the young man of our family just then turning 18. His hair was of a bright red but had seemed scrawny. Grandle was entirely helping the family however learning the trade of salesmanship from our parents.  Then there was me 16,  and lastly for brothers Jhonson who was 12. Our sister Lilith was only 9 when our lives had taken a sudden turn.

. After waking up one early but hot morning our caravan had suddenly stopped. Fathers voice was heard distant and quite grey through a soft breeze. Suddenly an argument arouse it had seemed before the clashing of the sword had been heard. Our eldest brother was not in the caravan with us usually with mother and father taking his turn with the horses. I gripped my sister tightly and listened to the metallic sound from their swords. After a small, while our father had opened the back of the caravan. His face was dabbled in sweat and partial tears from his eyes. He had informed us that they were just attacked by a very small bandit group…only 4. Grande had died however…cut down by sword to the throat and mother was terribly wounded. During that day we were at a full stop, father buried Grandle and well mother…he had taken care of her. Right after Grandel was buried we began our journey again to get to a city for mothers’ wounds. A day later she had rested down and had died from internal bleeding.

3 years pass, it had almost felt like a moment since that day. I am now 19, the young man and right-hand man of my fathers. I take to the horses and travel as he is to take care of our business. Still our father lives in the past…found crying upfront while traveling, the other two try to forget. I, however, remember but wish my mother the best to wherever she is now and I cannot wait to join her. At this age however is when I had retired from my father’s works, I had never felt accustomed to it. My little brother Jhonson was much better than me at the business even to his age. I had wished my family well…gave them hugs and kisses. If I were able to take my sister I would be I believe it would have been better if she had stayed with her father.

Quickly after leaving my family and staying in Hageshtied I found myself in a terrible situation. I had no job…no great skills and also found I was not good with people. Many times I had asked for different jobs such as Smithing, Blacksmithing, tanning, breeding and jeweling no one had wanted me and had no desire to train a young lad until I had come to the Locksmith. I will never forget his name…Fenton Brawls. He had been a heavier set man and preferred a charge over the muscle of your core. Fenton was the one to take me in and soonly relized I was great with a pick and lock…and making keys also.  This is when I had another turn in my life but this time somewhat greater then I would relize.

Gastly Fenton had seemed and in which he had taken me on a trip outside Hegishtead.