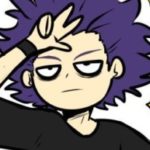 My OC's name is Thorn, who I muse at the moment. I am female and that is what I prefer to roleplay as.

Being bisexual, I don't mind either gender, I'm less experienced in roleplaying with other females though.

Thorn was born and raised up until she was 7 years old by her parents. She was sent by them to stay with her grandparents, but they fault fairly often, and being young, didn’t like the noise, and snuck out. She got lost and was eventually kidnapped. She was raised with women who were held captive and were beat and raped. Thorn only got beat, but one of the men took her left eye. She lost her vision in that eye and lived there until she was 13, in which the other women helped her escape and she got the operation shut down the police. She grew up without seeing her family members again, instead living in an apartment and working at a small cafe.

Thorn is 5’3″ with short black hair, up to her chin. She has pale skin, and her right eye is a deep green color. She keeps her left eye covered with a medical eyepatch, and has several scars down her back and shoulders from being beaten back when she was younger.

She always wears a hoodie and black jeans or yoga pants, depending on the occasion. She wears black converse and normally has a small backpack with her, containing whar she needs.

She doesn’t really have any big secrets.