Merlin is the spirit guardian that lives inside Excalibur.  Acting like its guardian she is the one who the hero needs to go by if they want to use her placing a challenge on them. If the person manages to pass the test then the sword will be his to command alongside the power of Merlin. She is also able to appear in a Ghost like form, making herself visible for them and the others. Merlin was born in ancient times, ever since she was a little girl she was obsessed with one thing and one thing only Magic. In time she grew so powerful that even entire kingdoms feared her. But even that was not enough for Merlin she desired for more. Eventually, in her seek for power Merlin made a deal with a demon for more power. But when the deal was made Merlin got trapped inside a piece of Gold. In time that Gold pice wondered from hand to hand until it was used to create the sword called Excalibur. Merlin found herself trapped in the sword and continued to travel master through master waiting for the day that she would be realized from her curse. 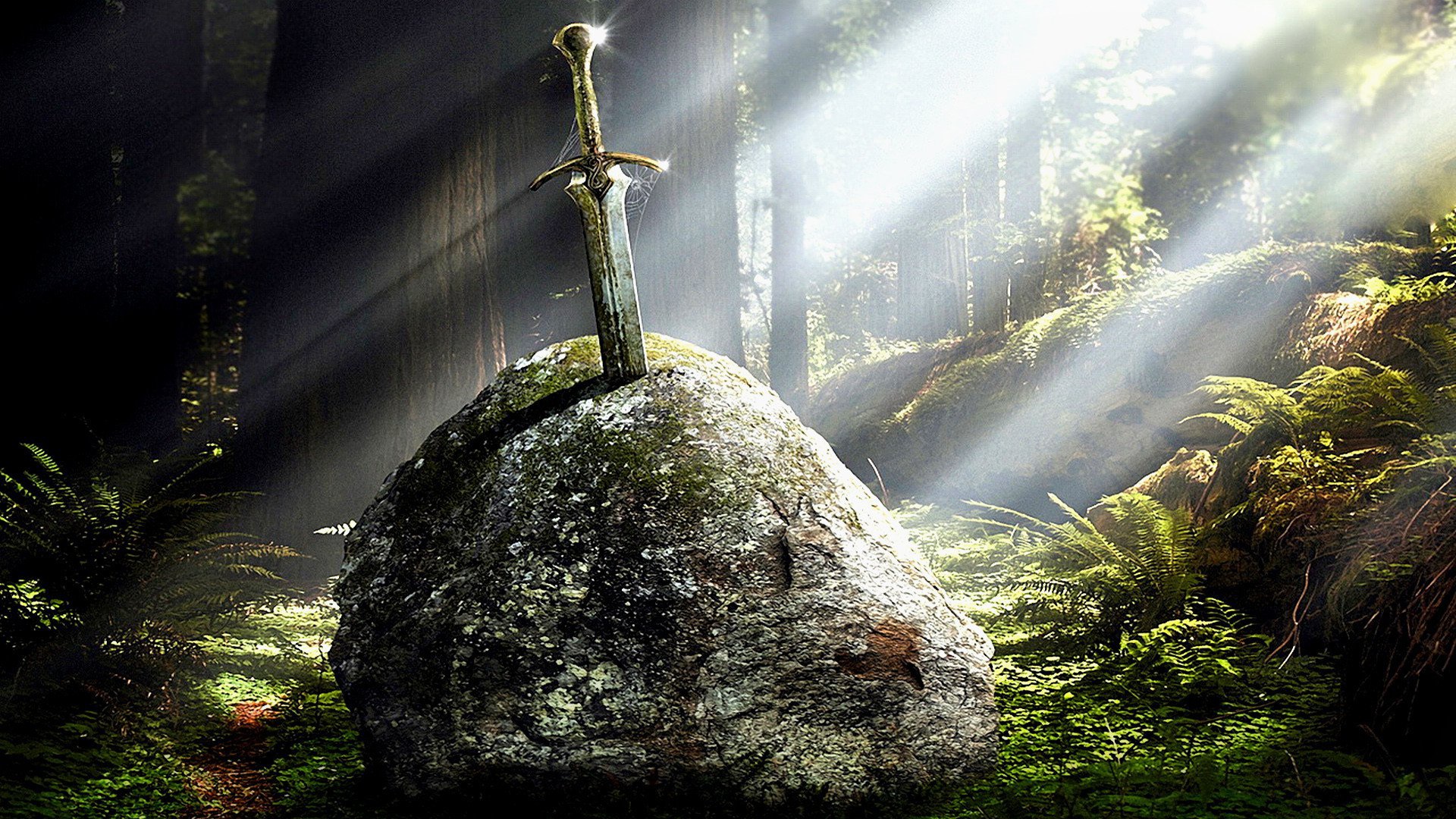 After the pass of Arturia Merlin continued to be held inside the sword. On the same place that once was stuck in a stone waiting for a new wordy master to arrive.

The user of Excalibur will be able to use the full powers of Merlin. That includes. Also the strongest the connection the stronger is the spell.

This is the sword of legends. Despite that, it was fused with the spirit of Merlin the Excalibur has power on its own. It is able to cut through anything and negate the powers of those who are hurt by it for 10 minutes for each wound. On top of that, it also can only be lifted by someone who the sword considers wordy.  Also, Merlin revealed to Arturia that this sword was made by the Holy Grail
Personality

Merlin is a carefree spirit most of the time. she loves to play around and make references to pop culture. She is also is very protective of the one closest to her like Arturia. Sometimes she could be seen as a little rude since it’s not used to mortal’s thinking she was a mortal herself but that was a long time ago to a point that she has forgotten some of their morality.