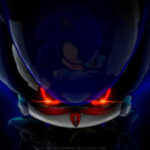 active 2 years, 8 months ago
Base 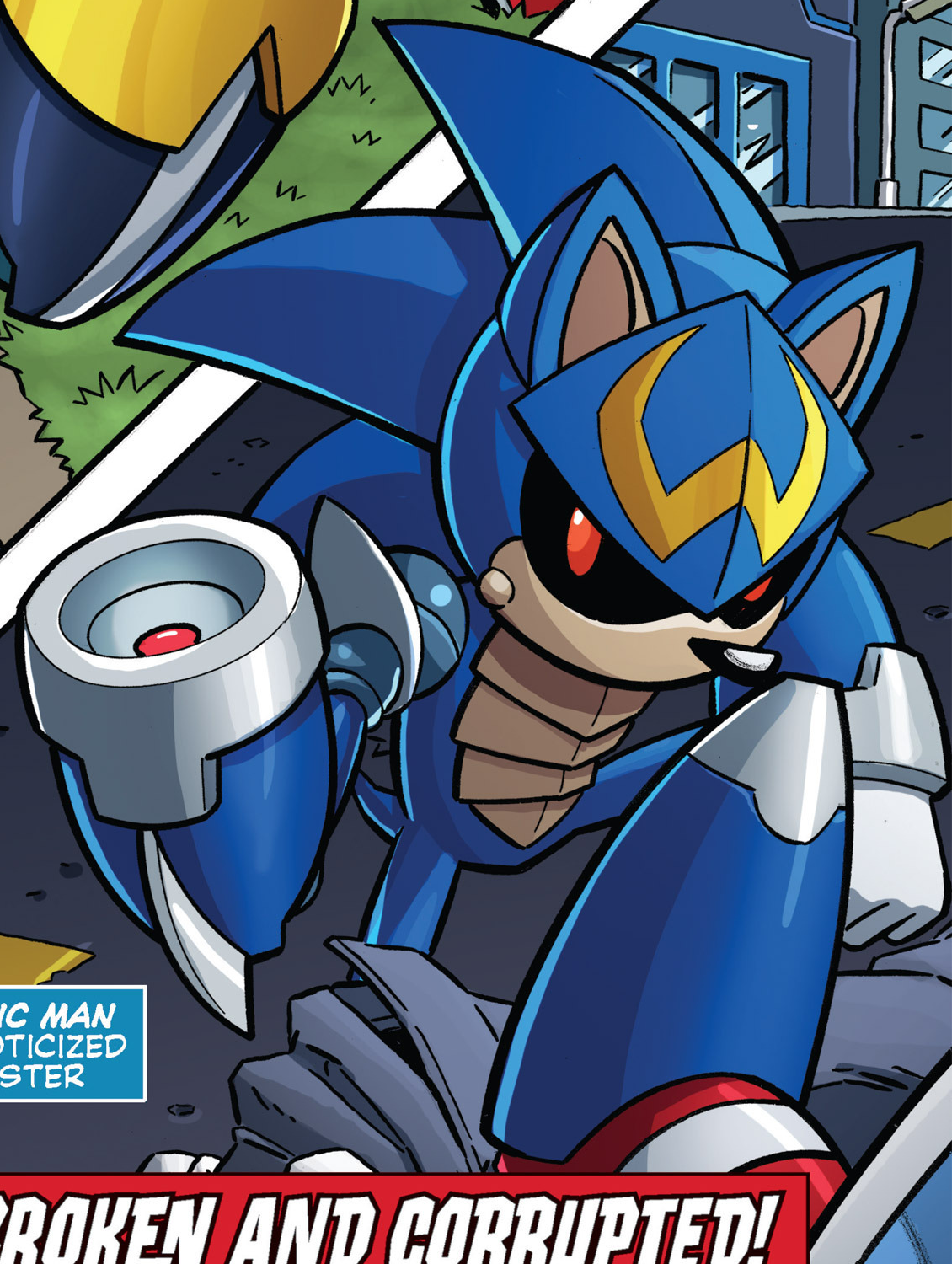 History:  Metal was created at some point after Dr. Eggman began his campaign for world domination. The robot was first used during Eggman’s plot to find the Time Stones on the Little Planet. During this time, Metal kidnapped a young Amy Rose, holding her hostage in the Stardust Speedway Zone. After traversing the miniature planet, Sonic tracked Metal down and raced the doppelganger, resulting in Metal being heavily damaged in the chase, allowing Sonic to rescue Amy. When the Little Planet returned, Dr. Eggman recovered and repaired Metal Sonic, who absorbed a powerful energy source before confronting Sonic and Tails yet again. However, despite the improvements, Metal Sonic was once again defeated.

This incarnation of Metal later reappeared in the White Space created by the Time Eater, where it once again challenged Sonic to race along the Stardust Speedway. As before, Metal proved no match for the hedgehog, who went on to defeat the Time Eater. On another occasion, Metal Sonic was deployed again, not against Sonic but against his rival Knuckles the Echidna, the Chaotix, and their ally Mighty the Armadillo. Once again he was defeated by the heroes of Mobius, though his defeat was preceded by the arrival of-or perhaps his transformation into-Titan Metal Sonic.

Much later, Metal Sonic returned, with a completely self-upgraded AI, complete with an independent personality. The robot devised a plan to copy the lifeform data of Sonic and his friends, a task he accomplished by kidnapping his former master Eggman and using metallic copies of him to fool the heroes. During this time, he contacted Breezie the Hedgehog, building Casino Park for her as part of her new financial empire under his Eggman disguise. Breezie recognized Metal as an imposter due to his actions, as Eggman wouldn’t be so generous. When Metal threatened to harm her should she warn Sonic, she brushed it off and the two apparently shared something of a relationship. Metal’s plan was later discovered, but by then it was ready to use the gathered data to transform into Metal Overlord. Super Sonic, along with a super-charged Tails and Knuckles, were able to defeat the robot, returning him to his original powered down form.

In one universe this may have been the end of the entire ordeal, however this universe was different.  Metal Sonic had stored too much Chaos Energy in his power core while he’d taken on the Metal Overlord form.  All that energy was too much for his standard Metal Sonic form to control, and so it had very quickly becoming unstable.  As the mass of Chaos Energy was violently released, it tore through the dimensional barriers and took Metal Sonic along with it, the robot unable to control where or even when he might arrive.

Personality:  Despite being built to match Sonic the Hedgehog in all aspects, Metal Sonic is vastly different from his organic counterpart in terms of personality: Rather than fun-loving, cool, and carefree, Metal Sonic is a violent, aggressive, cold-hearted, and intelligent killing machine with a large superiority complex. While he is meant to be another of Dr. Eggman’s mindless robot slaves, Metal Sonic also possesses an AI that allows him to make choices on his own, granting the robot sentience (though he is still restricted by his programming). This trait, however, has Metal Sonic only used to fuel his dark desires to carry out his goals of destruction and domination, and allowed his programming more than once to evolve beyond what had been intended.  After his de-evolution from his Metal Overlord form, as well as the purging of his corrupted programming by Dr. Eggman, Metal Sonic has found himself free of the code that had leashed him for so long.  Unbound by the prime directives that Eggman had installed in the first place, Metal Sonic’s AI is now in full control for the first time since his initial construction.