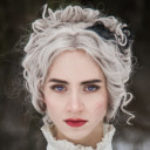 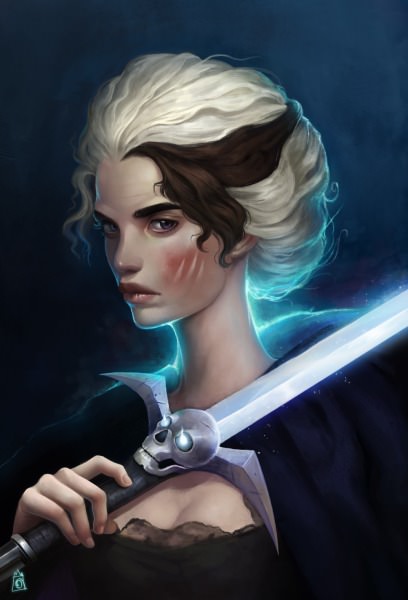 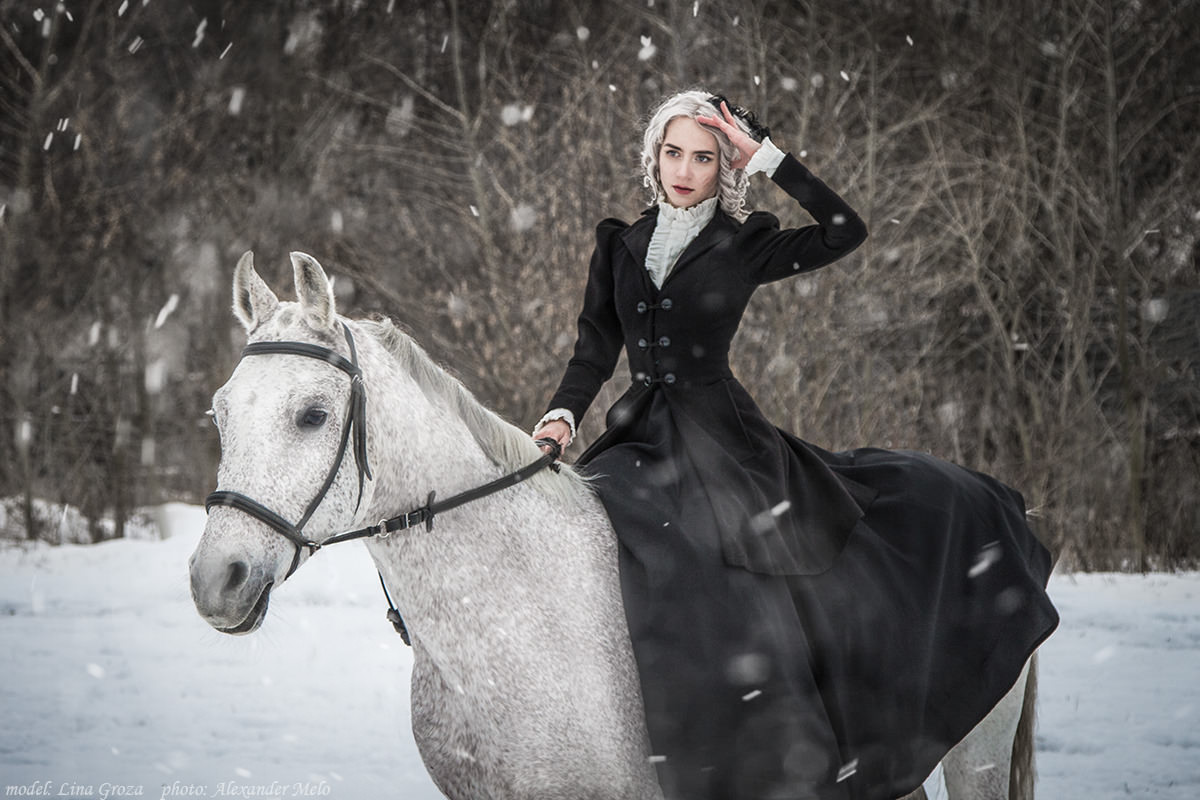 Susan’s parents had a uniquely close relationship to the Death of Discworld, her homeworld; her mother was adopted by Death, and her father was his apprentice for a short amount of time and temporarily Death’s replacement. Despite any “biological” means to pass on traits, deeper magic ensured that Susan would inherit things from her grandfather.

Susan is a school teacher and governess, with a focus around the instruction of young children, roughly from the age where they are supposed to be responsible for taking themselves to the bathroom until the point they start thinking about sex every other minute in the day. If you trust her with your children’s lives, education, and do wish the best for them, perhaps give her a call.

Susan has a fixation with chocolate that is borderline unhealthy – she does not consume it every day, but when she does, it is in large amounts. She is very defensive about this.

Her romantic life is uneventful and brief. Things tend not to go anywhere or last long. She’s in no rush to change these things, but it would be a nice surprise. Half-supernatural entity or not, she’s still a young woman. Her needs are few, but they are still needs.

She likes small children, as long as they are not “raw”, meaning she isn’t fond of babies and has next to no interest of having her own.

She forgets small details about being human sometimes, such as using doorknobs, what they’re for, and why she has to use them; a consequence of trying to control her perfect memory.

She doesn’t talk about her family often. She isn’t ashamed of her heritage or her family; it is just a sore subject that people tend to get stuck on for no reason.

She’s quite scary when wielding weapons, despite no formal training in combat. Monsters that bother children learned to fear her when she wields a fire poker, others learned to fear her because of her umbrella, and on the rare occasion she possesses Death’s scythe or his sword… many things, not just monsters and humans, shake with terror. 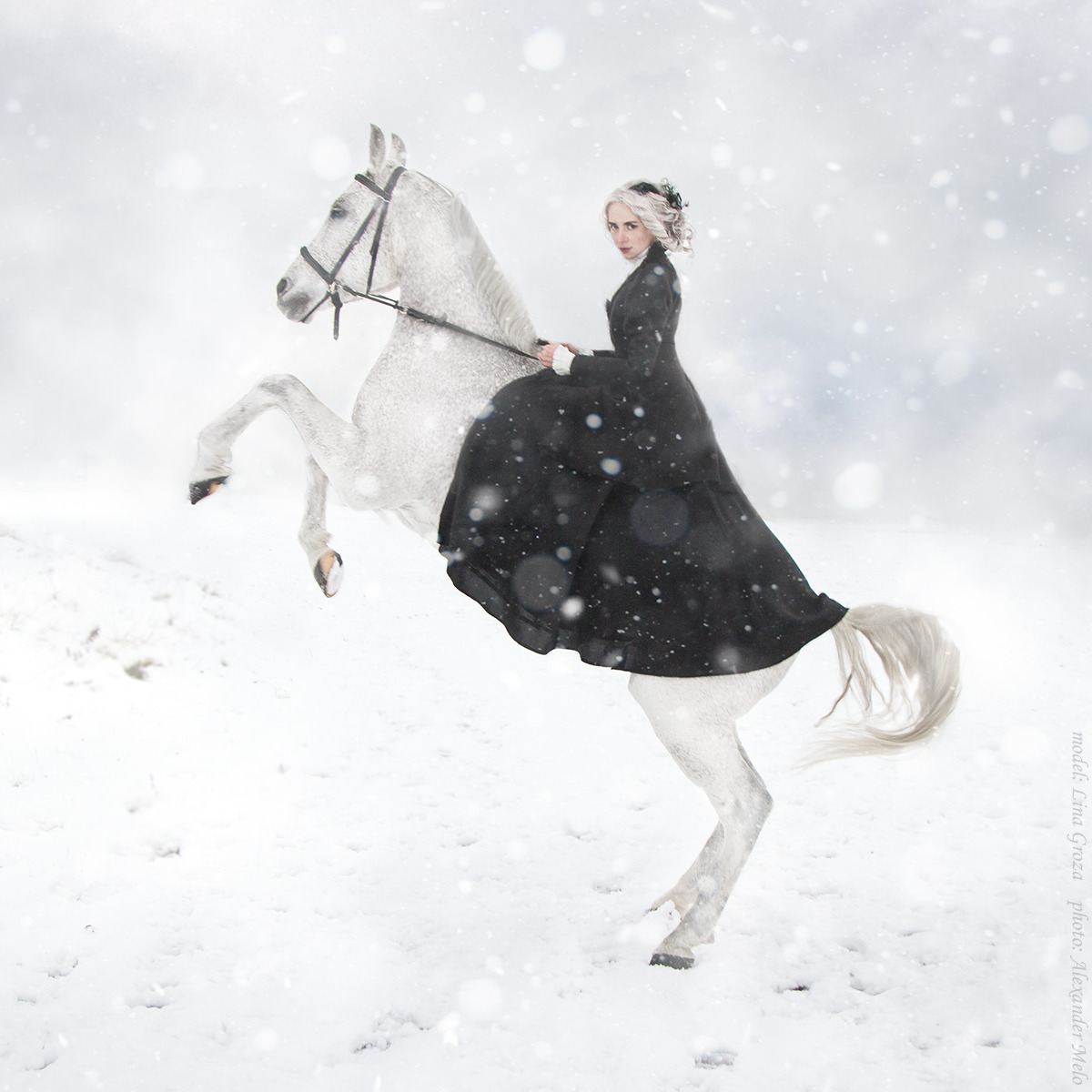 Susan is, with a passing glance, pretty in a frail, skinny young woman kind of way, with a slight build and young, fair features fitting for a woman of twenty-two years old. And yet?

When observing her directly, one immediately is struck, almost literally rather than metaphorically, by her intensely striking physical appearance and presence. She’s somewhat taller than average, and the shocking white hair, while not terribly unique on its own, has a dark black streak running through it. It also noticeably moves in an unsettling fashion if her mood becomes unstable. Her dark eyes and eyebrows tend to exaggerate her facial features, especially sourness, but also, thankfully enough, her pleasant nature shines through most of the time. 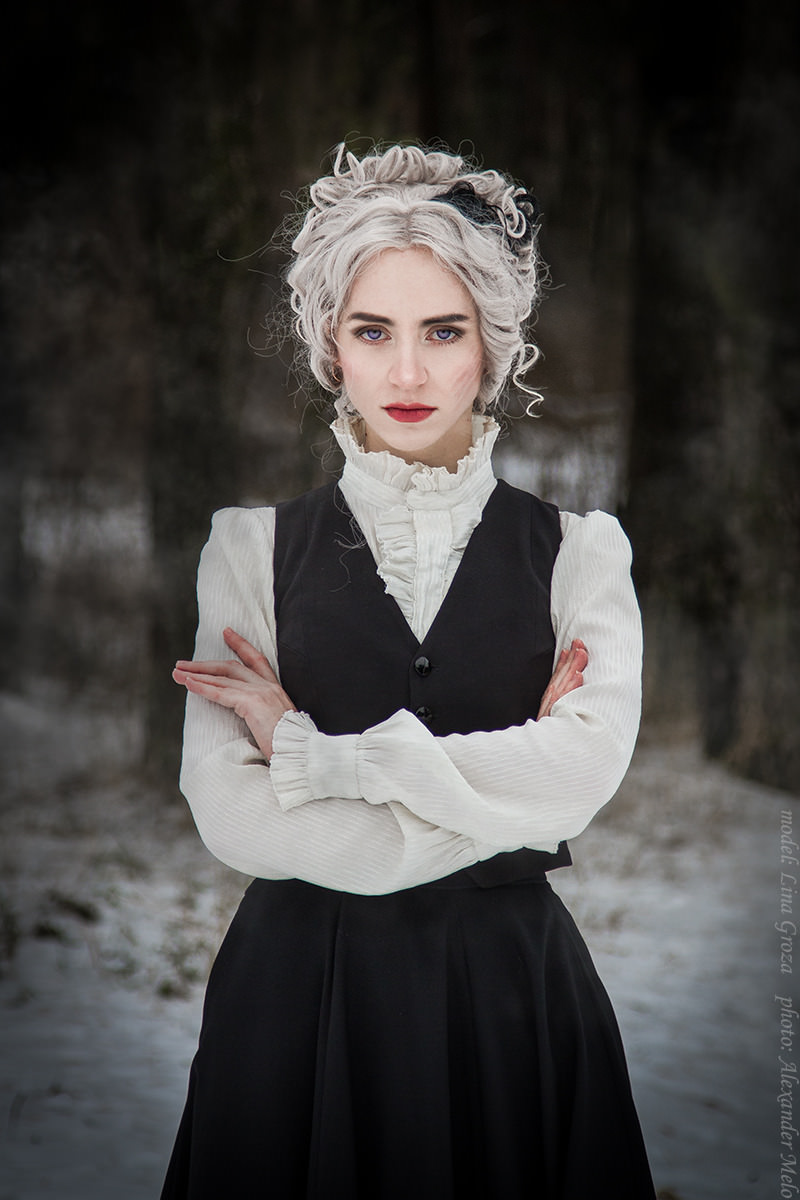 Susan is, in body, human, but also largely made of something more, arguably something greater. The same thing that gods and such things are made of… half-entity.

As such, she’s not bound by the same laws and conventions as humans. For example, she is not bound by time and space, and thus she doesn’t expect to do much aging or dying, and solid objects mean very little to her if she chooses to ignore them and they aren’t of similarly supernatural nature, which allows her to walk through walls as well as time with ease.

She has the “perfect memory” of higher beings as well, remembering everything that has ever happened to her in complete detail; this also permits remembering the future. Only her insistence on maintaining some humanity causes her to not experience personal omniscience at all times – instead she only experiences rare premonitions.

Her mind is also much more powerful than the average human, allowing her to have such a gifted intellect as well as “room” in her head to comprehend far greater and potentially “mind-breaking” things that humans tend to either ignore or become terrified of.

What she commonly uses more than even her ability to move through time and space unhindered is her ability to go unnoticed and her ability to order people around. By ignoring others, she can be ignored by others. Only those with the most keen supernatural senses are able to find her if she is using this in a general sense, but more direct application can block even them out.

As for giving orders, Susan’s Voice (as opposed to her normal voice, her human voice) closely resembles that of her grandfather, Death, who is such a high entity that his Voice is less of a Voice and more of a concrete fact in the fabric of reality that is comprehended by others as him talking. Susan’s Voice isn’t so concrete, but it is solid enough that if she speaks or gives orders using it, it is very hard to not be convinced that one should do as she says immediately, or else face dire consequences from reality itself. However, the ‘dire consequences’ may or may not actually be real… it just feels that way.

Susan also carries, reluctantly, the ability to call forth either Death’s scythe or Death’s sword, both of them some of the sharpest objects in any universe. In fact, so narrow and so carefully honed are the blades that they appear invisible to the naked eye, but their edges glow due to the atoms splitting; thankfully, this is perfectly safe, as the atoms are dying more than they are splitting. They can sever the bonds the soul has to the body… or simply sever the bonds of anything to what it is bonded to. 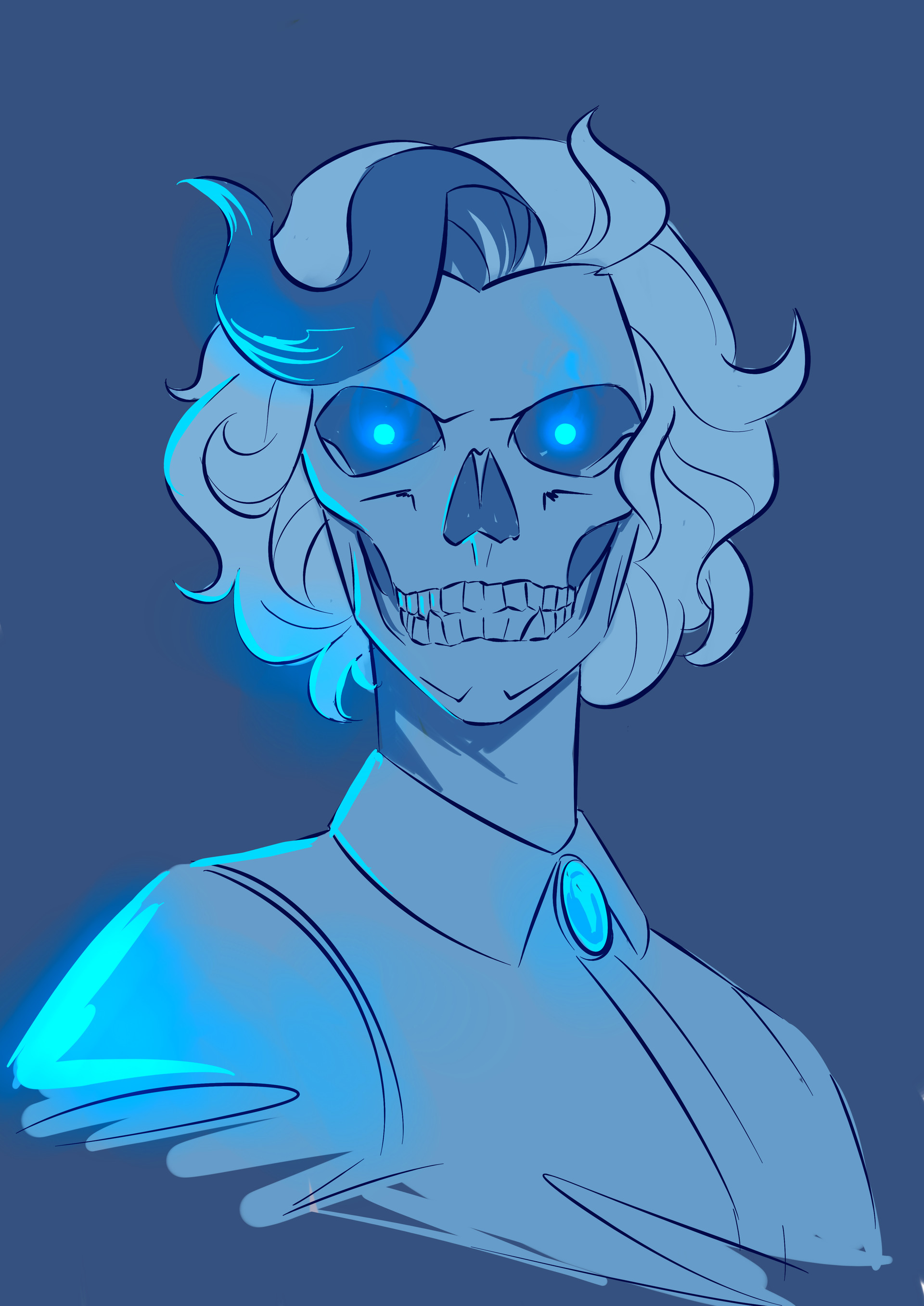 A normal life is the most important life of all.