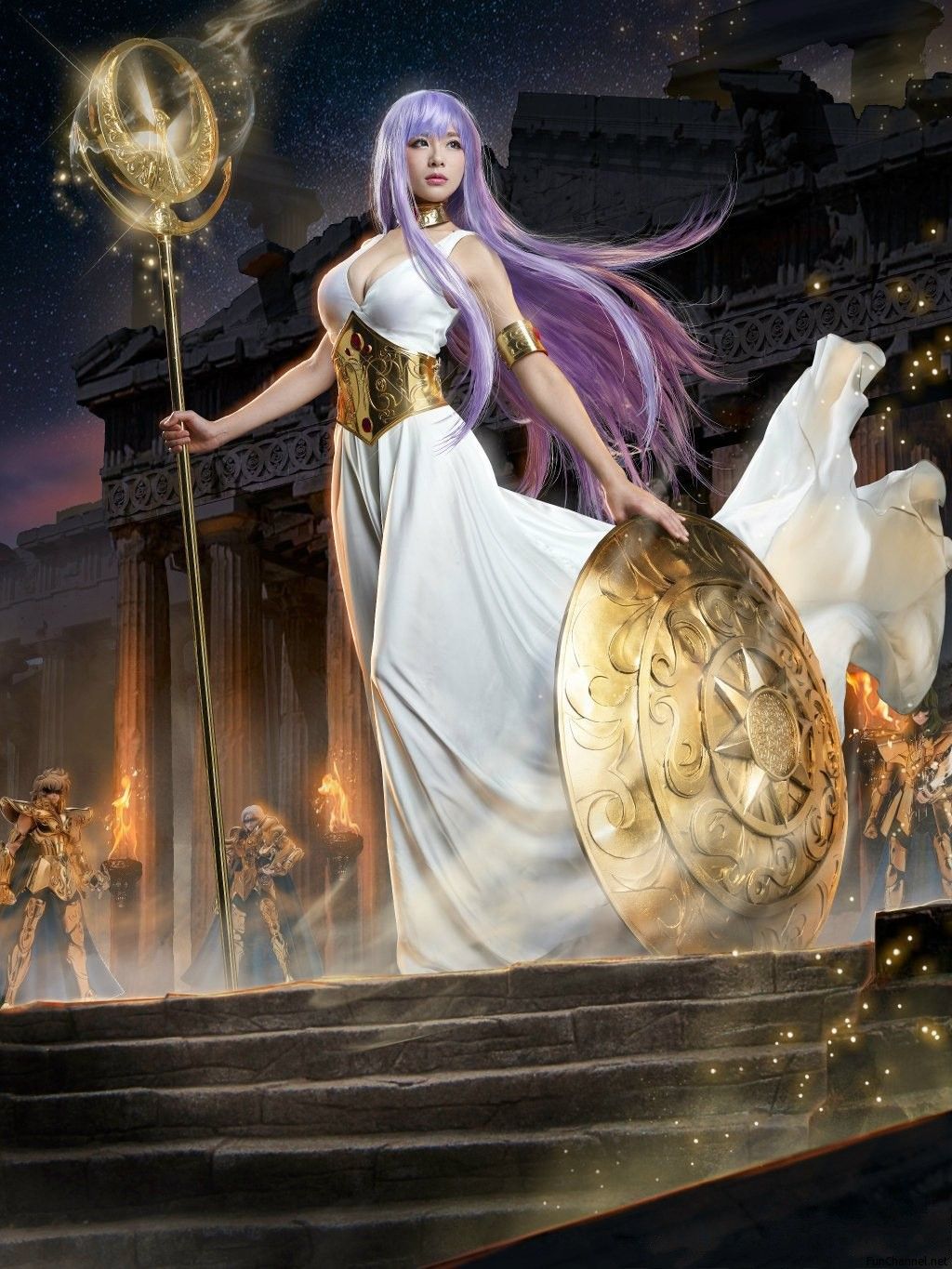 Athena is the Goddess of War and Wisdom. She has protected the peace and love of the earth since mythological times, with the help of her many Saints

Athena was one of the 12 gods of Olympus, and the firstborn daughter of Zeus, their king. She inherited the earth from her father, and since then, has fought to protect humanity. When the first Holy War against Poseidon (Athena’s uncle and god of the seas) for control of Earth began, Athena, with the help of the inhabitants of the continent of Mu, selected warriors who fought for peace and hope, and created special armor, Cloth, for them, made with Oricale.

These Cloths symbolized the constellations and were worn by these chosen warriors, protecting them and enhancing their ability to manipulate their Cosmos. The Cloth was classified into three types: Gold, Silver and Bronze Cloth. The ones who were chosen to wear them became the first Saints. 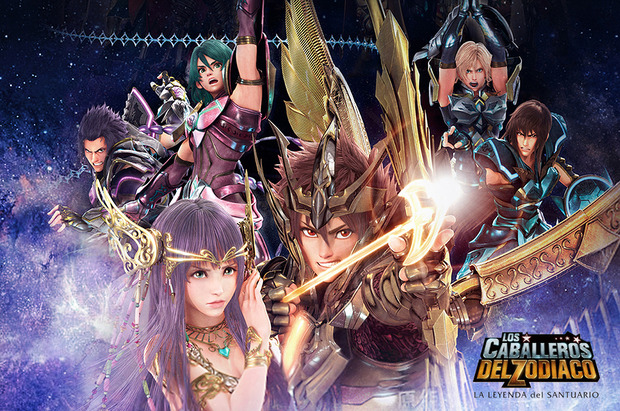 Athena reincarnates once every 200 years, to prevent evil that dominates the world and is the symbol of justice for all saints. She is born appearing at the foot of her statue in her temple. During this night, as a baby she was almost killed by the gold knight Gemini Saga who disguised himself as the Grand Pope of the Sanctuary, which was Aries Shion.

Athena was saved at the crucial moment by Sagittarius Aiolos who after fleeing fighting against Capricorn Shura, he delivered to Kido Mitsumasa, a Japanese businessman on vacation in Greece,. Mitsumasa later raised the infant Athena as his granddaughter and gave her the name Saori Kido.

With her grandfather’s death, Saori goes to take care of all the affairs of Mitsumasa Kido, including Graude Foundation. One of the main activities of the foundation (still under the command of Mitsumasa), was sent for training in various places of the world Japanese orphans and the survivors of these training became knights and return to an alleged tournament.

Her cosmos is able to cure the riders on the brink of death and her blood can reveal the hidden power of the armor because it holds great power, which often becomes the target of her enemies, but she never loses her sense of pity in her heart

As Saori, she is the head of the Graude Foundation and has been ever since Mitsumasa Kido’s death. Before coming to know she was Athena, she was regarded as a successful businesswoman by the media of the world, with an interest in horseback-riding and playing the piano. As a deity, Athena has capabilities that surpass those of humans. She is a simple young woman, untrained for battle, but her Cosmo is immense. She is a being of compassion and love, and she will endure pain and show unfailing courage and persistence to protect Earth and its living creatures.

Athena’s attributes include Nike, the goddess of victory, represented as a golden staff she holds in her right hand and which can be used as a weapon and the Ægis shield, which is impervious to any kind of attack and can eliminate all evil. She also owns a powerful Divine Cloth, which is superior to all categories of Cloths worn by Saints (Bronze, Silver and Gold). When it is not worn by Athena, her Cloth transforms into the giant statue in her image that lies beyond Athena’s Chamber, at the Sanctuary. To revive it, it is necessary to spill Athena’s blood on it,

Athena has exhibited great mastery of her Cosmo.:

Athena’s Cosmo is also awakened to the Eight Sense; thus she is able to descend to the underworld without being subject to its laws.