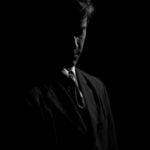 Everyone is the Hero in their own story.

If you want love you're going to have to go through the pain.

Remy is human but not completely mortal, at the age of 457. For over 280 years he’s served a special by the side of French Kings and Queens and Emperors . Protecting them and finding information for them. The first being King Henry IV, The House of Bourbon. Being as they were the first ones to employ him.

He can be harmed but as long as he is guarded and aware of his surroundings he will have time to guard himself. He has learned to control his Aura. By controlling his aura he can strengthen his attacks, and defend himself on another level. This does not make him impossible to hurt. There is many other ways he can use his aura. But this is the basic and most used by him.

Sort of wavy, 2 inch long brown hair and green eyes that have a hit of honey brown just around the pupil, (you’d have to get the right light to see the brown). His eyes glow a bright energy green when using his aura. Remy stands at 5’10” tall with a slim muscular definition, not one that you’d be able to see through his clothing. His jaw the slightest shape. This is a man you hardly notice in a crowd. Average for the purpose of his role. Another reason he was perfect for the job and hasn’t been spotted for how long he’s been around yet.