-Jasupa had birthed under a warriors sign just like his father had. A low lit spark inside of Jasupa will slowly grow to become great strength…even now he does not realize it but when the time comes his full power will show itself upon a whips moment.

– Jasupa has a rare personality making him much different from others. As well as he is stubborn he loves his family with a small passion. Hating most people however he tends to stay away from people as most are bastards and unlawful beings.

Father-Issol. Long ago in a land so dreary with snowbound skys that had gained their endless feeling of a cold passion which rains down upon the worlds small grace a child was born. This child was born of great and rare power that no other had ever seen…born with the god’s grace this child could have been born with prophecy gaining this profound power. From the young age of 7, this child had grown stronger than most men and had begun training by an unjust rule who had taken him away from his parents. Issol still remembers his mothers crying as he had left out the door with the king’s guardsmen. After he was forced from his parents he had began a diligent training. Every day he was up bright and early fighting with masters of fighting styles and swordplay. Fast this young boy would learn to become proficient as if he had learned fighting at a faster rate then any other. By the age of twelve Issol was already in the battlefield hacking the heads off of men like if they were smaller then him. Thousands of years pass of Issol fighting wars over and over again he had become bored of fighting…who wouldn’t in his case. After a great battle with the devil Draguones Osesues he was wounded in a great forest known as the skeletal woods to where he would find a beautiful creature who had saved his life. Softely he had felt the hand of someone press against his chest and as his eyes open they open to a magical creature…so soft and gentle, even to a cold-hearted warrior. After they had met both had begun a nice family of a daughter and son. One day Draguones Osesues had returned and had slain the unbounded warrior leaving his family to fond for themselves.

Mother-Juria. Long ago, in the ages of the beginning of the skeletal woods, a magical creature was created…created from the surrounding trees brisk with the flowing winds of magnificent magics. Long ago in these very woods…Juria was born with the woods’ creation. Fair instance passes through this creature, instinct to love nature and the calling trees who pass down their talk from one another slowly. This fair and beautiful creature spent most of her life walking the woods, endlessly with passing passions. One day she had found a man in clad silver armor, terribly he was worn and beat, bleeding on the ground. Juria taking the males helmet off would show a rather handsome figure, slow but soft pale skin with boldface. A strange feeling had uplifted her…a feeling that she had never felt before as her finger ran down the man’s jawline. A soft part of her heart and almost spoke out to her as she pressed her soft and elven like hands to his chest healing the male. After the male had awakened he was quite surprised and from there, their relationship began to form. Every so often this warrior would leave but he had always returned to her, eventually, they had a small little girl. Juria still remembers having her baby girl in her slender and petite arms. Time passes again and Issol had stopped leaving on his travels to stay with his new family. After several years she then birthed a baby boy of great strength and right after Issol had died and she had let the forest take her son as she was now trapped away from the evils of the world. 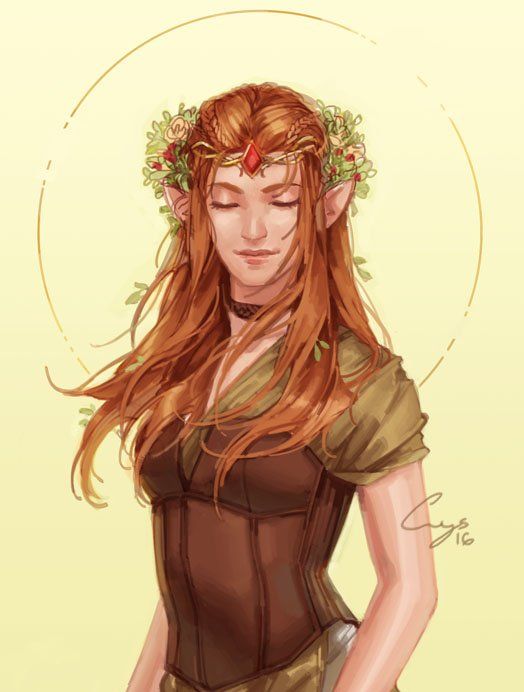 Strider {Youngest and Only Son}

Alyssa Hageshi- a lovely creature with much responsibility and now three children. (Truly mine and always will be until my death)

The god’s grace upholds this young man as he is an ace of his kind having great strides of pure handsomeness which was inherited from his mother’s ideologies. A great boldness if felt upon his face, it so seems that he has inherited this from his great father. Jasupas body tone is slender but very cut as his skin feels of iron and his strength is of legends. Long and wavy his hair is as it has the symbolism of a glowing fire free-ranged from the strands of the world, it seems to flow down freely and like a summer spring of fire roaming upon a broad tree burning from flames coursing down to the ground. A winters howl has seemed to become of the male as his skin is very pale and to the point of a complexion to snow in many ways but now his skin is getting darker due to the two suns in the great horizons of the world. Jasupa is usually wearing a dark red tunic and tight black pants which resembles the way he delves into situations deeply.

A small carving knife which holds on a leather belt resting on Jasupa´s waist.

Small carving blocks that are held in a small pouch.

Thorner: Thorner is a pardoned sword named after a great Berserker warrior Thorner Of Dale. Originally Fyzenguard withheld this great and forgotten sword. Although it is not known what the magical properties are this blade emits a great red mist and a small red glow lighting a little of a dark path. 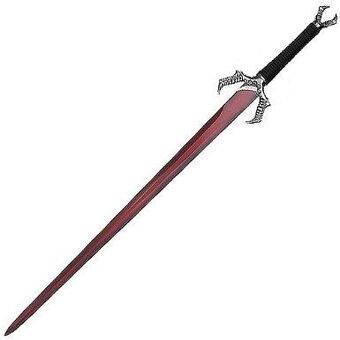 Heh if you really think I am going to just hand my secrets away you must be called an idiot. Why don´t you try to figure out my character and get off your lazy mental intelligence and try and figure it out?

The purity of the natural balance is a great and misunderstood thing. If you are creating something unnatural then you are hurting the balance and yourself so let the natural course takes its place before you destroy it with demonic figures, things created unaturaly, magics which go beyond what they need and even the creation of a unatural person from any certain laboratory or tub…keep something justely.