King of the fighting pits

Straight. But not looking to be tied down

Tall as a tower. Pale as snow. And build like a champ.

Wrexx is 8’2” tall, with skin so pale you’d wonder if he ever stepped in sunlight. He probably didn’t, spending most of his time in fighting pits and gyms. That’s why his muscles are so defined, yet has a lean build.

His hair is long, and somewhat curly. It’s usually bright red, but in certain cases, it can turn into a shining gold color. His eyes are golden with cat like pupils. And there are also two canine like ears resting on top of his head.

He doesn’t like wearing tight clothes, so all he wears are a pair of loose red jeans, a white sleeveless jacket which is never zipped up, exposing his chest and abs, and a pair of sneakers. 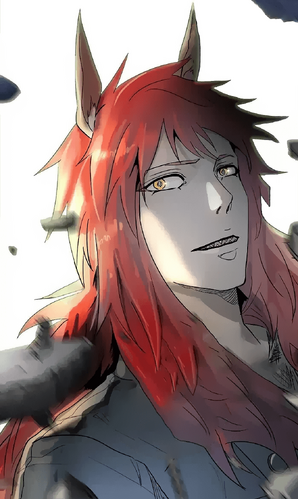