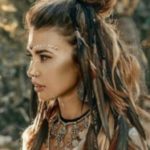 Character open for both public and private play. Please feel free to message! 🙂 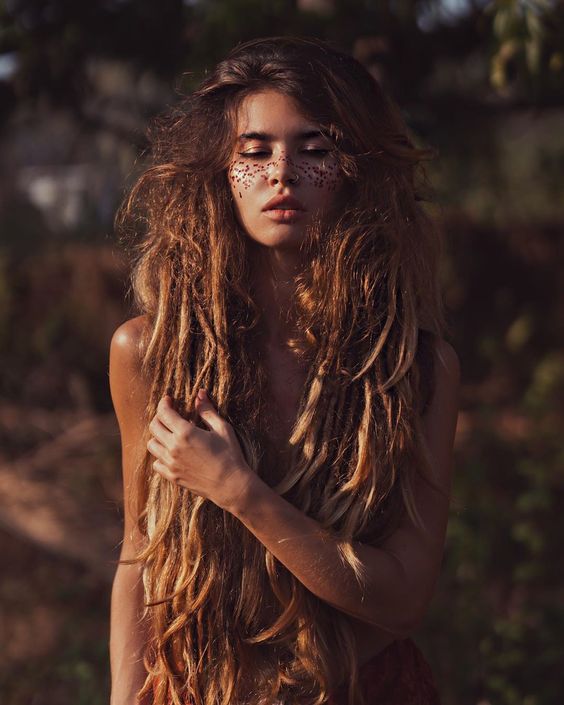 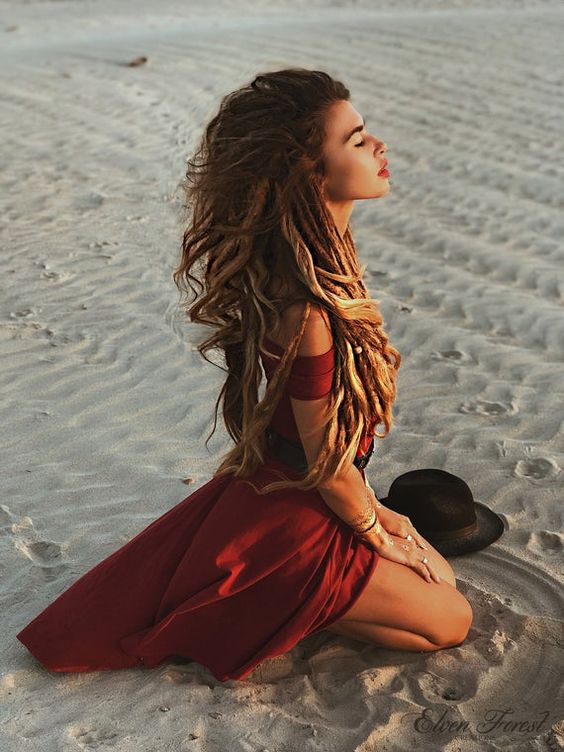 Seer of the stars. Warrior of the Dashaka tribe.

Preferably someone that can keep up. 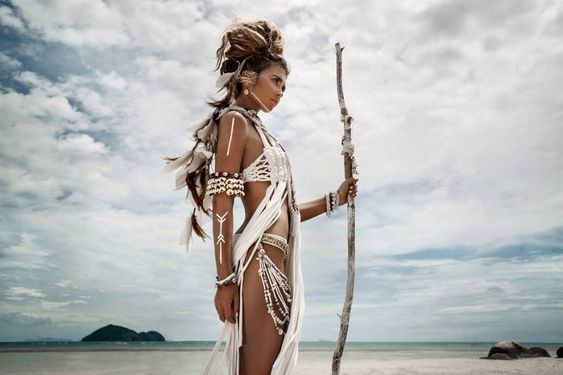 Born as a member of the nomadic desert tribe, the Dakasha, Nahimana was the second child of a infamous and highly respected warrior named Ahiga (Helushka/Cheveyo) and Kachina (Meaning Sacred Spirit Dancer) who acted as seer of the stars, guiding her people in all manner of spiritual advice which she divined from the pattern of the constellations that shone so bright in the dark desert sky.

With her older brother Namid by her side, Nahi’s early childhood memories were filled with love and laughter, traveling with her people by the coolness of night beneath gleaming skies, the sand still hot at her dusty bare feet. But, life in such a harsh and barren landscape was not always easy. Amongst the wild terrain, pocketed with exiled communities and waring tribes, only the strongest survived the savagery that existed where most feared to dread and where some were sentenced to die a slow and maddening death. The days were hot, the sun blinding in its heat only to give way to the frigid chill of night when temperatures would drop below freezing.

The early and tragic demise of Kachina devastated both her children’s world and that of the Dakasha in general for her young daughter had barely begun her training when the woman was killed under circumstances that remained shrouded in sinister mystery. They had been alone. That much Nahi could remember. Just her tiny copper hand laced with her mothers, endless slopes of sand that shone like glass beneath the silver light of the moon as they picked a path over swirling hills. It had been a night like any other, the two wandering away from camp in order to commune with the spirits of the sky, seeking advice on the battle that was to take place at the first break of dawn. 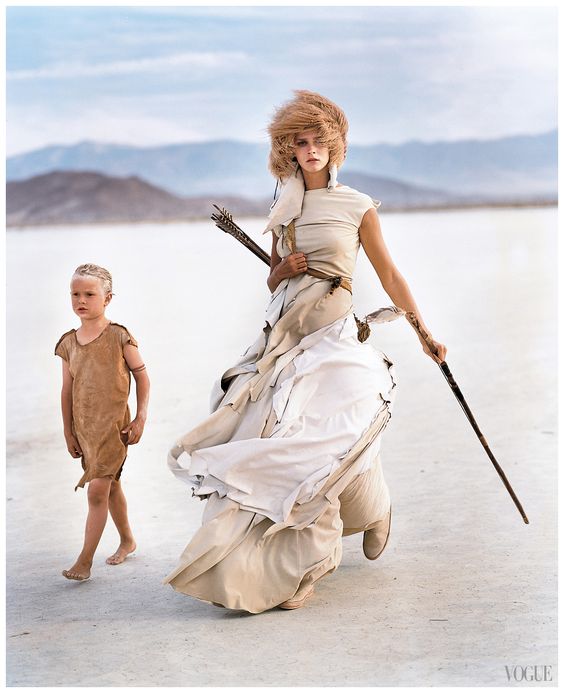 But that was where her memory ended, the past white washed away to a faint drone of blurred faces and whispered screams. A new seer was chosen (Huyami) to act as mentor to the growing girl whose life was changed from that moment on. Rumors chased her, whispers that never ended. People looked at her in the strangest of ways, their eyes stalking each move she made. It was her father who ensured the small child knew why. The glares he shot her way were more then enough to express his burning resentment but if it was not, the harsh words were…

“You know what they are, don’t you?” He scowled, throwing aside the bone crafted bowl from which he had been slurping with a loud, angry clatter. It was only a moment before he seized the child by her copper shoulders, her mess of sun dyed locks bouncing wildly as he shook her.

“Everything knows what you did, Nahi. You are no daughter of mine. And those flecks upon your cheeks, your tiny nose? They are not freckles, child. They are splatters of your mother’s blood, stained upon you as evidence of your sin!”  He roared his words now, ignoring the sobs they elicited, fingers burying and twisting into her skin as she struggled to be released.

It was to her brother she ran, his dark arms already open and waiting, ready to smooth away her tears with the graze of his touch.

“Oh Nahi… Don’t you see?” He said with a chuckle, brushing his thumb along her cheek and forcing her to look at him.  “Its not blood. They’re like grains of sand. Or stars. Yes, like stars. A constellation that is seared into my memory. One that will always guide me back to you from battle, no matter what”

But Namid did not crave the sing of a blade or the sorrowful wail of his enemy. He yearned for the moon and the stars, envied his sister’s vocation as much as she vied for his own. Unlike some of the other desert tribes, the roles within the Dakashi were fixed and limited to one’s gender. From a young age, Nahi watched as her brother was honored and revered, the pride that would bloom across their father’s face each time he returned with trophies of bone and blood.

It was only natural that the young girl wanted such respect for herself and despite Ahiga’s treatment of her, she hungered for his approval. She learned quick, stealing after her brother each time he ventured off with the other warriors, keeping herself hidden behind shrubbery and rock. At first, Namid resisted, horrified by the thought of exposing his baby sister to the merciless violence that came with war but after time, he grew tired of dragging the spitting and shrieking girl back. Instead, he kept her concealed, selecting a spot he deemed safe from where she would watch the fighting with wide and fascinated eyes. 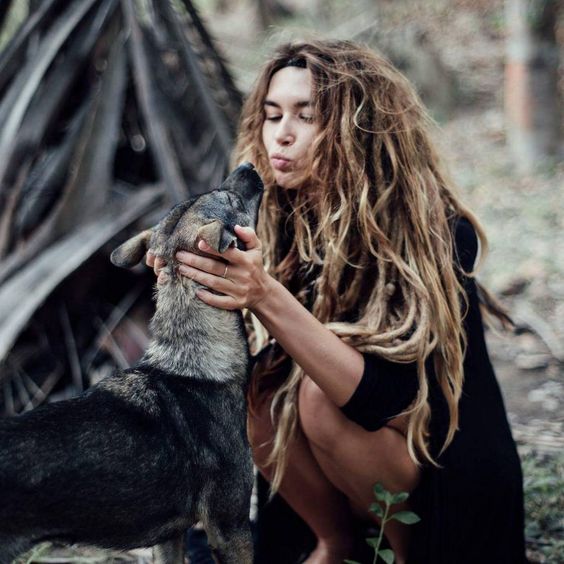 Finally, after years of watching and waiting, Nahimana could hold herself back no longer. Enlisting the help of her brother, the young girl managed to successfully disguise herself as her sibling and with each battle, each victory, she slowly gained glory in the name of another. Revealing herself only when she knew the tribe could not deny her courage and skill, the Dakasha were forced to accept her new role as warrior and as such, she was given a new name. Nahimana ‘Dyani’ meaning ‘Quick and small, like a fox’. And she was. An opponent that many underestimated due to her size and gender. But it was in that moment of hesitation, as the enemy paused to picture the face of one who could have been their mother, their sister, their lover, that she struck with deadly and accurate precision. The crack of her staff splitting and cracking bone. 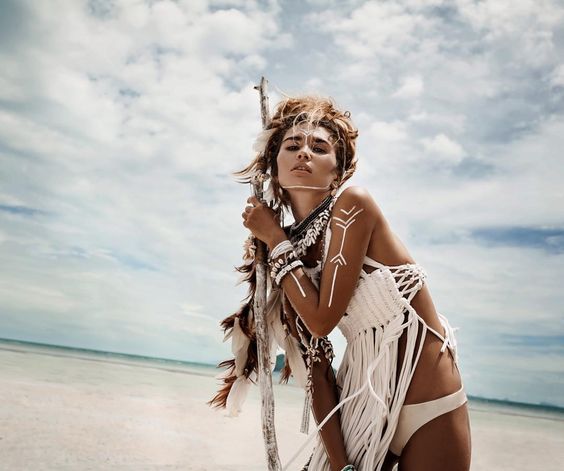 But no matter how much respect she earned from her people, Ahiga remained blind to her attempts to please him, only growing more bitter and resentful of her choice to turn from her mother’s chosen path. And Namid was still kept from the stars that whispered through his veins.

By the time she was seventeen, Nahi was feared and worshipped as a legendary warrior whose prowess was spun into tales and songs that were chanted by the crackling rustle of flames. And so it was little surprise that the teenager had more then her share of prospects vying to win her hand. However, love was not countered into the equation. And, in a community dominated by male leadership, neither was choice. The match was a political one, part of a peace treaty to be reached between the Dakasha and the cannibalistic Erakuk clan with who they had been warring with for decades. 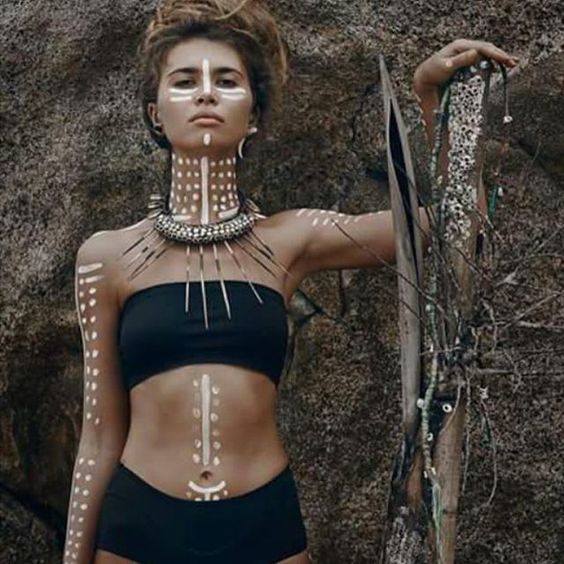 But as luck would have it, the willful young woman fell for another. A man of fair skin and eyes like the ocean. A place she was only fortunate to see but once a year when her people travelled to what they called ‘the end of the world’.  Passing by a western influenced settlement, the two met by chance.

Elijah. That had been his name.

He was nothing like the men from her world. Kind and gentle. He had never known the call of battle, the thrill of violence. And she had never known many of his strange ways, fascinated by the smallest of things. By the shape of letters as he drew them in the sand and helped mold her lips to form their sounds. And just like that, she was willing to throw away everything. And she did. 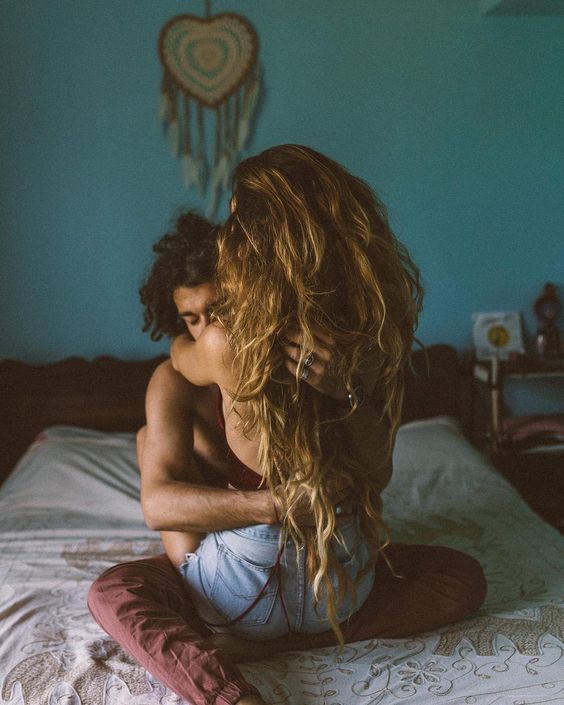 It was six blissful months of love before their two worlds collided. Six months of learning to live in one place, slowly growing used to a way of life that was so different to her own. Exiled from her tribe, Nahi turned her back on the stars, on her staff. But had she been listening, she might have glimpsed a warning in their shine, the way they rose to form a sword that dangled over her head as she slept. Had she not been so intoxicated by his touch, she might have understood that her betrayal would never have been taken lightly. It was an insult to the Erakuk, a declaration of war and revenge.

In the dead of night they came. Fast and silent. And by morning, there was little left but crumpled bodies and the smoldering remains of homes. Oh but a sound rang clear. A wail of inconsolable  grief from the one who had been left alive to pay penance, the bloodied corpse of her lover broken in her arms and all she had come to love and know burning around her. 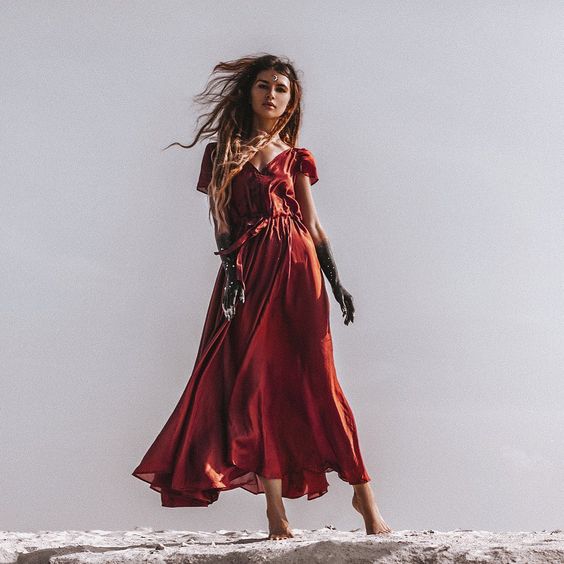 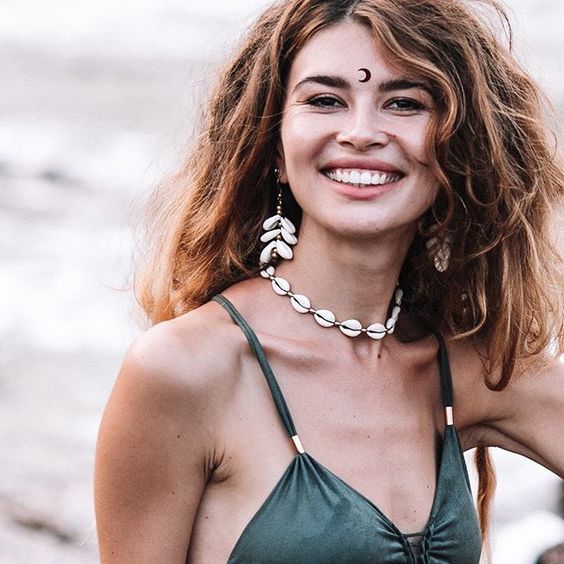 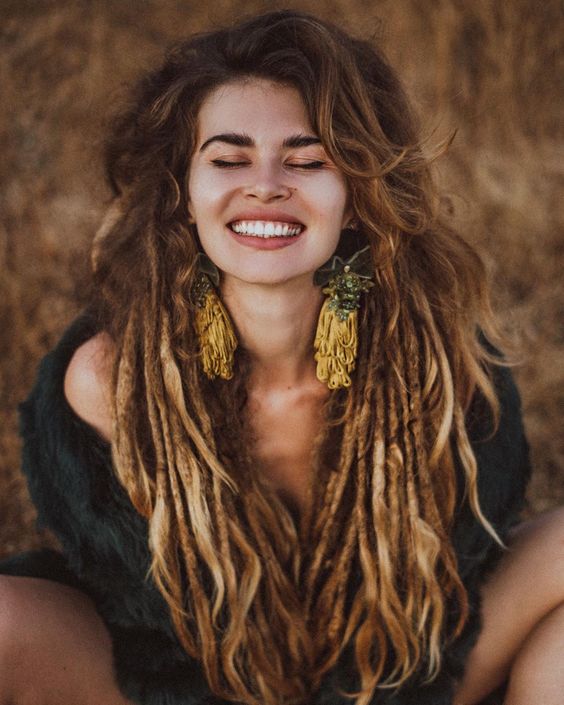 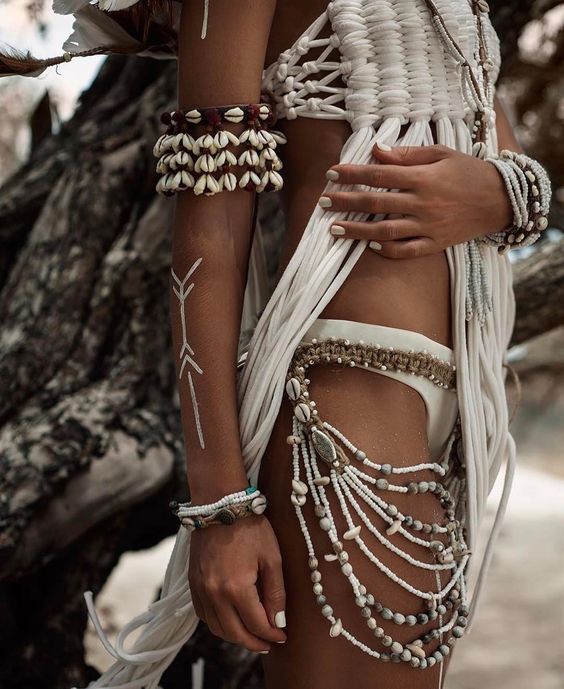