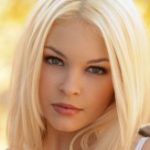 My Story Is…Ever since Naima was born she was special, her parents died and she never knew them. She lived In a orphanage for a while but because of her eyes and how eerie emerald they were, no one wanted so she ran and she lived on the streets for quite some time. Until one day she changed into a wolf, it felt right. Like she was meant to be one. Her coat was silver and black, a rare combo for wolves. Naima never knew where she was from until she met Kanesha and Shawn. They had both told her that she was from a once powerful kingdom that was destroyed and was the only survivor. Now not only does she have to control her power but start getting ready to act like a queen. Which she feels she doesn’t deserve to be one, since she has never been in a palace in her life.

Her Power is over dreams, what she can do is enter someone’s dream and use it against them. She also draws people that she never meets and never seen them. She can also control people with her mind thru dreams. As she began to use her powers she soon saw that she could make green sand, it shocked her. She doesn’t how to use it but she was once afraid to use her powers that she has now.

But she hopes with the help of kanesha and Shawn she can overcome this. Shawn is her protector and brother in a sense and Kanesha is like a sister to her and also her protector. She learned most of her past from Shawn and kanesha

Rules
1) NO Godmmoding can’t stand it
2) You add you start, I add I start (simple no?)
3) If I don’t answer for a while but I haven’t forgotten about you or anything. Just busy with work or helping family

Blond hair with silver and black streaks down to the waist, emerald green eyes that some get lost in. Lean with muscle, weighs 140 soaking wet, but average weight is 135.

Every one has a chance, no matter who they are or where they come from