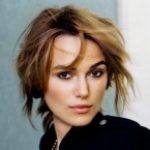 Destiny is an odd thing, often being predetermined. Fate is something that seems inescapable. Never has anything been more true than for the woman known as Cable. Before her parents ever came together, an immortal mutant known as Apocalypse created a servant in the 19th century. Rebecca Essex was a highly intelligent biologist who worked alongside her husband Nathaniel to further study the theories of evolution put forth by Charles Darwin. In time, her husband was killed by religious zealots, and Rebecca was left to poverty. However, the immortal mutant known as Apocalypse emerged, and seeing this genius woman, chose her to be a servant.

Granted immortality and her research funded for the rest of her unending life, it seemed that Rebecca, who took on the name Sinister, was set up to be a true servant of Apocalypse… but she despised her new mistress, and vowed to stop her one day before global extinction threatened her idea of a perfect world.

And so Sinister set her eyes to the future…

Many decades later, Charlene Xavier had a dream – a dream where her own people, mutants, who were on the rise, would be able to live peacefully with normal humans. To preserve that dream and protect the world from those who threatened it, Xavier created the X-Men. Two members, Scottie Summers and John Grey, fell in love. Due to Sinister’s nefarious experiments and meddling, the X-Men confronted her many times, and this couple came to be seen in Sinister’s eyes as a uniquely potent coupling. However, before the couple could conceive, John Grey seemingly perished.

To rectify this, Sinister cloned Grey, and sent that clone, dubbed Madison Pryor, and predictably Scottie chose to grieve by courting Madison and conceiving a child by him. After the child was born, however, Madison went mad and John Grey appeared to come back from the dead.

In the chaos, however, Sinister abducted the baby girl that had been born, Natalie, and was forced to hand her over to Apocalypse, who had returned in the modern era to reign. Seeing the genetic potential on the infant, Apocalypse chose to infect Natalie with a techno-organic virus, which began to kill baby Natalie as it converted her flesh into cybernetic mesh that ate away at her life-force.

Even once the X-Men defeated Sinister and Apocalypse, Scottie and John still had a dying infant on their hands. However, a strange figure appeared from nowhere and proposed an offer – this elderly man, calling himself Father Askani, would take baby Natalie to the future and use the technology there to cure her, after which she’d return. With no other options, John and Scottie handed the baby over. Father Askani wasn’t lying; the future did hold the secret to curing the T-O virus. But, that very future had been conquered by Apocalypse in the 36th century, and the immortal passed herself off as a goddess, ruling over her descendants, Clan Akkaba, with an iron fist, creating an empire that spanned the planet. Father Askani rushed back to his own tribe of mystics, healers, and warriors, who opposed Apocalypse and Clan Akkaba openly. The healers set about trying to slow the expansion of the virus, but as a failsafe, Father Askani chose to clone baby Natalie, just so he could return a baby to its parents.

However, that day, Clan Akkaba’s soldiers chose to attack, and kidnapped the cloned infant, now a decoy, and baby Natalie’s condition ended up stabilizing. Their means of time travel destroyed, however, Father Askani realized that he would be unable to return the proper child. And so, Father Askani’s mind reached back in time and stole the minds of Scottie and John from the present, placing them in cloned bodies, and gave them the mission of protecting and raising baby Natalie in the future since she could not return the baby to the present.

Joining Clan Askani, Scottie and John joined their fight occasionally, but dedicated their time to raising Natalie, dubbed Nat Dayspring, and protecting her from Apocalypse, who raised the decoy clone as her own daughter. Nat grew up hard, feeling a monster and freak because of her cyborg body, which had to be hidden. But once Nat hit puberty, her massive mutant powers activated. Drawn to the massive psychic awakening like a beacon, Apocalypse sent Clan Akkaba warriors to finally slaughter Clan Askani. Before perishing, Father Askani revealed to Scottie, John, and Nat that he was also their son, and thus Nat’s brother, through a very complicated mess of time travel, and that they would meet again.

Enraged, the family gathered the remnants of their clan, and recruited other clans into a massive Clan Rebellion, and led the fight back against Apocalypse. Nat developed into an impressive soldier, winning many battles, until finally they were able to push back Apocalypse into a massive retreat… but the false goddess set off a nuclear reaction that wiped out most of Clan Rebellion, including Scottie and John, sending their consciousnesses back in time.

Now separated from her parents, and left to pick up the pieces of a war that seemed doomed from the start, Nat Dayspring came to be seen as a messianic figure after surviving the explosion.

Having grown up while locked in a seemingly eternal conflict and war, Nat is rather… serious. There is not room for much softness when you grow up under the thumb of a deadly “goddess”. As such, Nat is a stone-cold soldier most of the time, never hesitating to kill, never flinching from the task at hand, and entirely unrelenting. Very few things change her mind when it is made up.

That being said, Nat isn’t without her morals. In fact, her black-and-white viewpoint on good and evil is what drives her. Evil must be stomped out, goodness promoted to thrive, usually by any means necessary as long as the means aren’t evil. The ends don’t justify her actions at all; she’ll only take the actions that are both necessary and not morally compromising.

Most of the time, at least. Sometimes, though, you have to make the hard call.

One defining trait of her’s is what some have called ‘radical atheism’. Nat’s world use to have actual gods of all kinds from many pantheons, filled with spirits and magic. Most of those powers were defeated long ago, either perishing themselves, or being wiped off the face of the planet by Apocalypse, who also calls herself a ‘goddess’. As such, Nat vehemently denies the existence of higher powers of any kind. Cosmic, magical, real, or fictional. It matters not if you show your power, it doesn’t matter if you stand face to face with her; there are no gods, only pretenders, leeches of humanity, demanding faith and recognition for wheels that, in her eyes, would keep on spinning and turning without someone to tend to them.

That being said, there’s a kind of dark humor and dry wit to Nat, she’s just slow to act on it without good reason. A few sly jokes keeps up morale, but otherwise, she doesn’t run her mouth unless there’s a strategic goal… such as provoking the enemy, testing boundaries.

Age – Complicated/Somewhere between 20 and 50 years old

A big, slender giant, Nat looks intimidating to most people, due to her scarred visage and demeanor, but also because of her cybernetics. Infected with a virus that is slowly turning her into metal machine life, Nat’s left side of her body is dominated by cybernetics; her whole left arm and leg, most of her side, with metal creeping up her neck. It goes deeper into the flesh as well, infecting both of her eyes, causing the left to glow at times.

Telepathy – Nat has a highly advanced degree of telepathic powers, able to create illusions, read minds, share her own thoughts, hide herself from view,  and even temporarily control people against their will… or brainwash them. She is very easily one of the strongest mutant telepaths to ever live.

Psionic Blast – A purely mental attack that fires raw psychic energy into the mind of the enemy, causing intense pain that can either cause unconsciousness… or kill.

Telekinesis – Nat can control the material world with her powers as well, but it is mostly geared towards saving her own life, holding back the T-O virus in her body at the molecular level, though she is able to occasionally use it, at the possible cost of the virus advancing through her body. In order to exercise her power, she often meditates by levitating upside down and focusing her power both inwardly and outwardly at the same time.

Techno-Organic Cyborg – because of the T-O virus, Nat is a cyborg. The left side of her body is heavily dominated by the virus, with her left limbs turned entirely into metal and cybernetic systems analogous to flesh, while the rest of her body remains flesh. A kind of mechanical cellular division, however, spreads some of the other effects of the virus through Nat’s body, making her superhumanly strong and fast, as well as immune to disease, and a very fast healer when damage does occur.

Time-Travel / Spacial Teleportation – Nat’s time travel device is fed by her psionic powers, allowing her to slide back and forth through time… and space. Teleportation is less costly than time travel, however, so she can only jump in time every 24 hours.

Master Combatant – Multiple years of fighting from a young age has turned Nat into a deadly force of nature. She’s a sharp shot, fights like a devil, and is a master strategist when it comes to warfare.

Nat’s greatest power is her telekinesis, but she has no access to it, as the entirety of it is geared towards controlling her T-O virus infection at the molecular and cellular level. It is an afterthought now, purely subconscious, and she’s long forgotten how to actually use her TK power directly for any other task. If she were to access them and use them for more than keeping the virus at bay, the virus would spread at an exponential rate and kill her in a very short amount of time. Her only hope is to continue meditating and pushing her power to the limit. It has worked some, but most of her TK potential remains locked behind a wall.

I’ve sewn my own fate and pay the price for it.