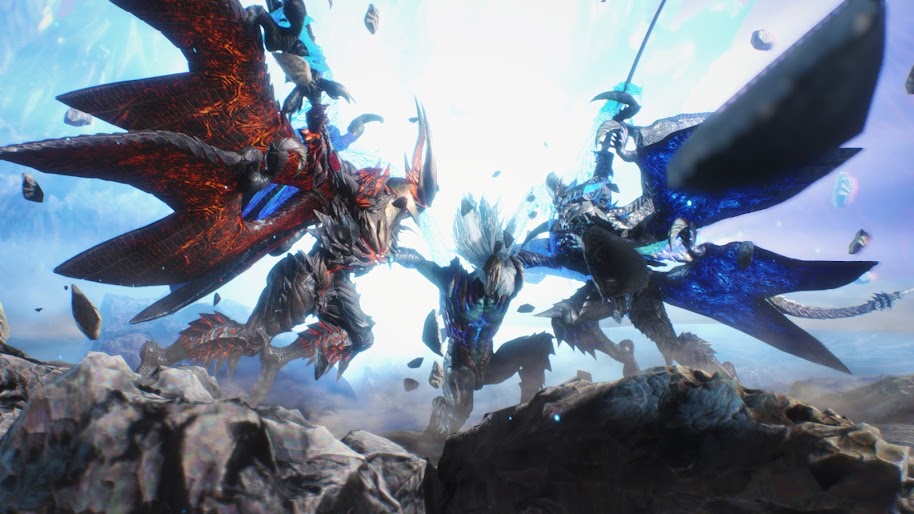 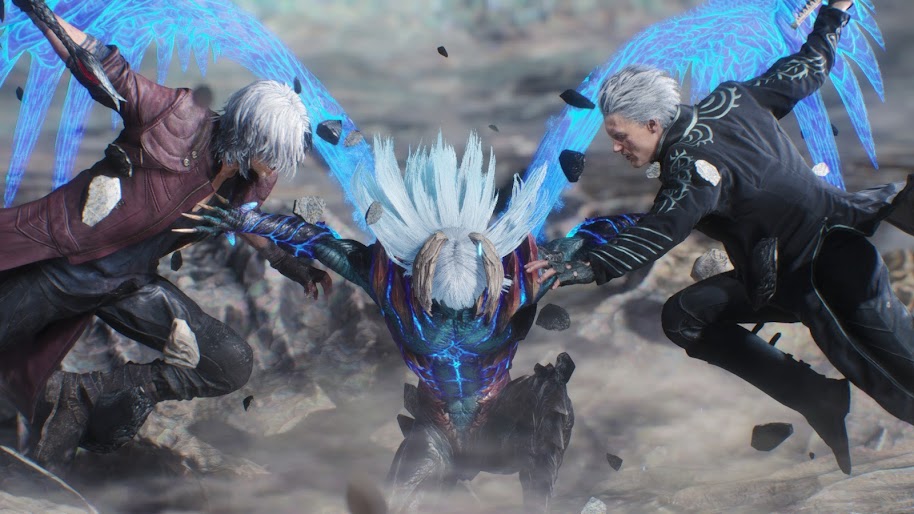 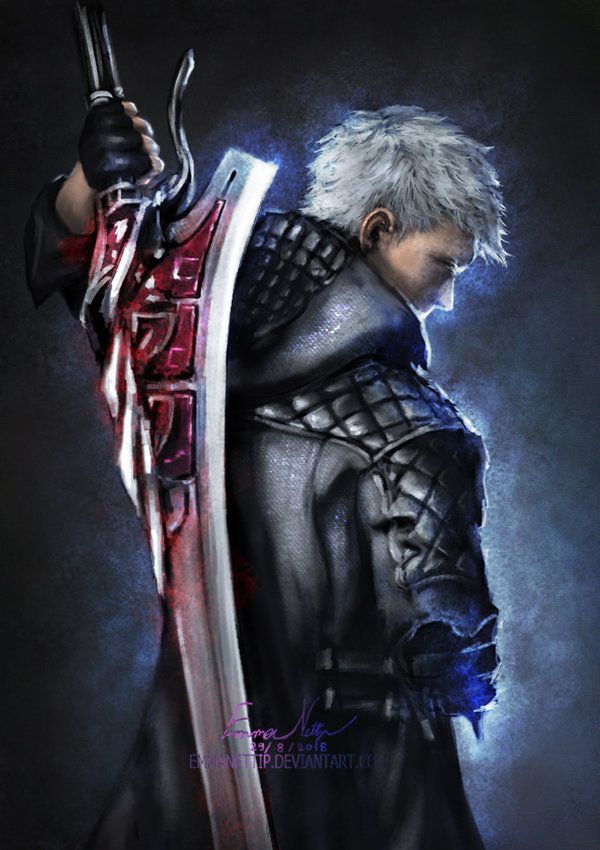 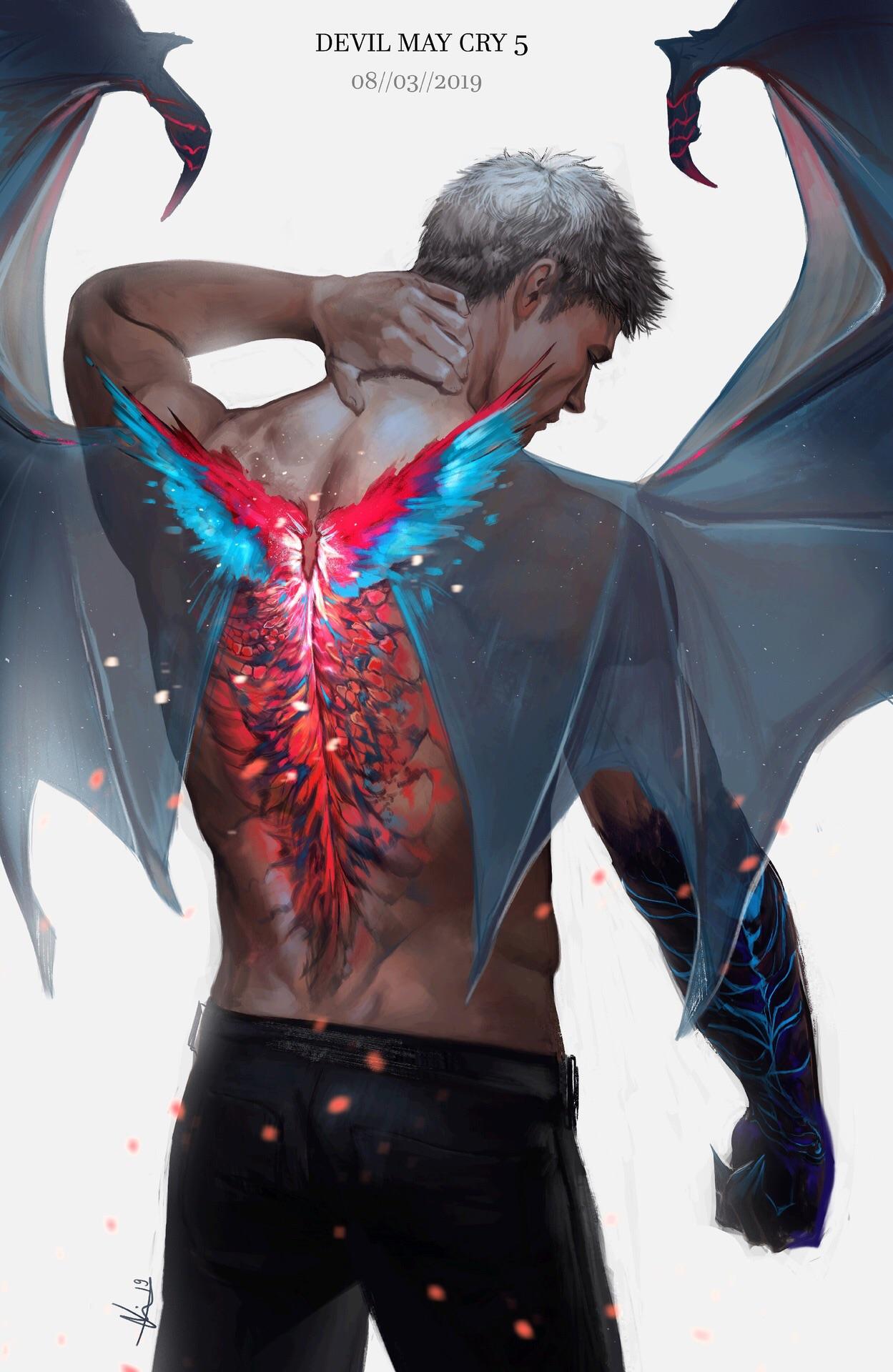 Single and staying that way

He is a hybrid of a human shapeshifter mother named Silverwolf Cross and his father was a demon that a name has escaped him but these were his adoptive parents as he never knew his real parents. He was known as Nero during that time but during his years of demon hunting, he suffered a nasty hit that sent him off a tower in which he survived but had lost his memory. Growing up was hard for the male he was picked on and bullied as a child in the order of the sword so when someone tries to demoralize him he lets out a colder more sadistic side. But he has his charming ways if you treat him nicely.  Backstab him and he won’t think twice about putting a bullet in your skull.

Face claim Nero from the Devil May Cry games.

The son of Vergil Gliver Darkslayer.

He is 7’9″ tall and athletically built male with a silver trench coat, cyan muscle shirt, black jeans and black boots. 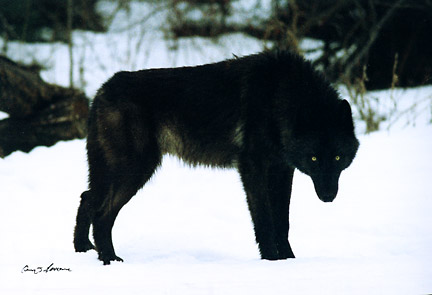 Back in his initial appearance, Nero wore a long, dark blue coat with a red inner lining with The Order of the Sword’s insignia sewn into both shoulders. The coat has a brown harness. Under the coat he wears a red zip-up hoodie/vest with two zippers under his coat, a black shirt beneath that. On his left wrist he has a red wristband held in place with a small brown belt. Nero’s legwear consists of a pair of blue pants held up by a belt with a rose buckle. Over his pants, he wears brown thigh straps with small belts in them. Nero wears brown boots that go half way up his shins.

For the next year, Nero and Kyrie came to the conclusion that they should make their own Devil May Cry branch mobile so Nero can find more work outside Fortuna and earn more money in order to support themselves and the orphans. Since they didn’t have a lot of money, Nero purchased a broken down RV and began working with Nico in refurbishing it. One day in April, Nero and Nico were working on the RV, with Nico complaining about how she had become Nero’s “pet mechanic” since she had been helping him so much, but Nero said that Nico still owed him for his giving her the Order’s documents. When Kyrie called them in for dinner, Nero told Nico to go on ahead of him and started cleaning up when he noticed a hooded figure outside the garage. Thinking the man was homeless, Nero causally invited him to eat with him and Kyrie, while not noticing that the hooded man had stepped inside the garage without a response. Suspicious, Nero questioned what the stranger wanted and noticed his Devil Bringer is glowing, signaling that the stranger is a demon. Hearing Kyrie calling for him, Nero warned her to stay away, leaving himself open for an attack from the stranger, who then ripped the Devil Bringer off Nero’s arm. As the hooded man used Yamato to teleport away, Nero bled profusely as he weakly tried to stop the man. Nero soon passed out from the blood loss as Kyrie and Nico arrived onthe scene and tried to stop the bleeding as they called a hospital for help. 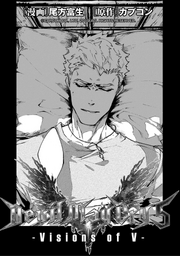 Nero in a coma.

For the next few weeks, Nero remained in a coma and eventually woke up in his hospital room to find V by his bedside. Without his Devil Bringer to tell him if V was a demon or nor, a tense Nero questioned V, who told him that he knows the demon who stole his arm and that Dante was currently on his way to fight him, since he hired Dante to beat the demon due to V being after him as well. V invited Nero to join the mission because he doesn’t think Dante can beat the demon alone, which Nero was doubtful about. Nero also pointed out that his current condition won’t allow him to fight very well, but V and Griffon goaded Nero by remarking on his wounded pride. Although he doesn’t trust V, Nero desired to get back his Devil Bringer and was used to fighting with one arm since he used to hide his Devil Bringer a lot. However, Nero was worried about Kyrie, and since he believed that she wouldn’t let him leave after what had happened to him, Nero told V to wait while he sneaked back to the garage so he could get his weapons. Afterwards, Nero and V traveled to Red Grave City in a helicopter and entered the Qliphoth tree.
Seeing Dante fighting from afar, Nero questioned why he was here since it seems Dante was holding his own well enough, but V warned Nero not to underestimate the demon, Urizen, since he gained a lot of power after taking Nero’s Devil Bringer. After V went ahead, Nero mused how everything about V was suspicious yet felt compelled for some reason to follow him and wanted to believe V was being with honest with him. Nevertheless, Nero had a “score to settle” and felt guilty for losing Yamato after Dante entrusted it to him. Nero fought his way through the tree, meeting up with V again and was told to go ahead leave the lesser demons to him. Upon entering Urizen’s throne room, Nero saw Dante, Trish, and Lady on the ground. After saving Dante from being grabbed by a tentacle, Nero felt happy since Dante saved Nero and his loved ones once, and always wanted to repay Dante ever since. Nero insulted Urizen, who didn’t respond to his provocation, and proclaimed to Dante that he will be taking over the fight. Nero tried attacking using Red Queen, but a crystal of red demonic power that conjures a barrier prevented Nero from landing a blow on Urizen, and Nero was soundly beat back.
As the ground began to shake, Nero was nearly blasted by Urizen, but Dante intervened and told Nero to leave while he held Urizen back. Nero still wanted to fight, but Dante yelled that Nero was “dead weight”, which deeply hurt Nero and greatly angered him. Nero had to be dragged out of the throne room by V before debris collapsed the entrance. When Nero attempted to climb over the debris, V had to pin him down and told Nero to stop beating himself up. Nero and V escaped from the Qliphoth and met up with Morrison and told him what happened as tentacles started sprouted from the group and attacking people. While Nero wanted to fight and help the people, V stopped him and told him there was nothing he could do. After V revealed that the world will end after a month, Nero and V agreed to meet up again in a month, with Nero returning to Fortuna to train to get stronger since Nero was the only one who could defeat Urizen if Dante was really gone.
Once back in Fortuna, Nero immediately requested Nico to make him a prosthetic arm, which would take six months to create. Nero explained that her about their time limited, which only stressed Nico out since it’s impossible to make the arm within that time frame. When speaking to Nico after two days, Nero suggested asking Morrison for help, which she rejected, and ridiculed her for the lack of results. When Nico chastised him for his attitude, Nero apologized to Nico and promised to wait a littler longer. After Julio arrived to informed Nero that demons appeared in Mitis Forest, Nero invited Nico to join him and instructed her to keep her distance. After wandering in the forest for a while, Nero discovered a Blitz and tried to buy time so Nico can get to safety, but Nico was inspired and chose to stay. After killing the Blitz, Nero brought the Blitz’s corpse back home so Nico can study how it generates electricity in order to build Nero’s prosthetic arm. Nero also invited Nico to come on his demon hunts from now on to get more ideas.
After a month, Nero prepared to return to Red Grave City, wearing Nico’s Devil Breaker to replace his right arm, and said goodbye to Kyrie, telling her that Morrison may be sending people to protect the town while he was away. On the road, Nero received a call from V and set a meeting place so they could plan their next move. While Nero chides Nico for her rough driving, he thanked her for doing her best within the time limit. Since Nico had more ideas for his Devil Breakers, Nero promised to collect resources for her, especially demon corpses or fragments. Not having heard any news about Dante for a month, Nero mentally readied himself to save Dante and fight with his pride on the line. 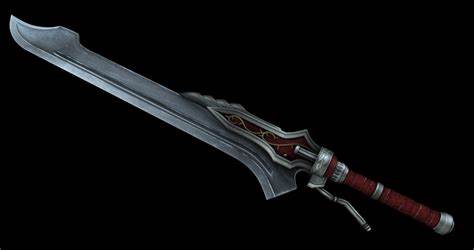 A black steel broad sword called Dragon’s Breath. He summons this from the devil bringer. ( A sword that the writer’s RP daughter gave to him before she died in real.) 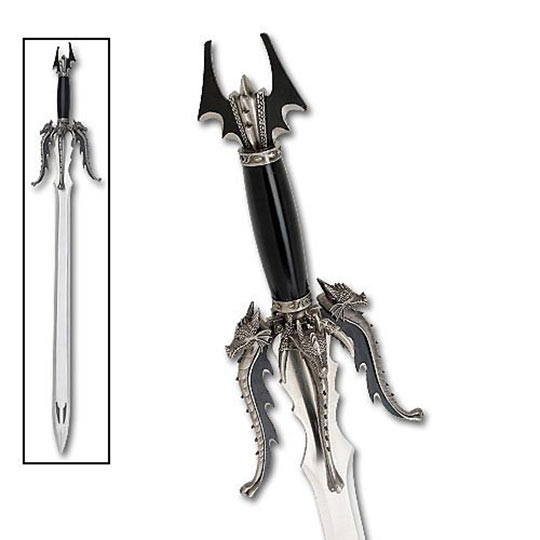 I really hate demon’s even though my father was one.