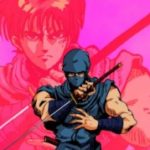 Ryu Hayabusa as he walks the path of the ninja. Most of his skills come from rigorous training throughout his childhood and young adult life, but he is also descended from a line of warriors known as the Dragon Lineage, giving Ryu a greater connection and understanding of philosophical and spiritual arts, as well as granting him greater ease in enhancing his physical prowess. Though still only human, this conditioning has allowed Ryu to push past the physical limitations of the human body, giving him the ability to defeat supernatural foes and even supreme deities. Trained intensely from childhood in the ways of Hayabusa Ninjutsu, Ryu had to adapt to survive the harsh ninja life and live up to a birthright placed upon him. Eventually he earned the right to bear the Hayabusa clan legacy in his name and excelled as a top student amongst his peers, gaining skills and abilities that are signature of the Hayabusa Clan Ninja 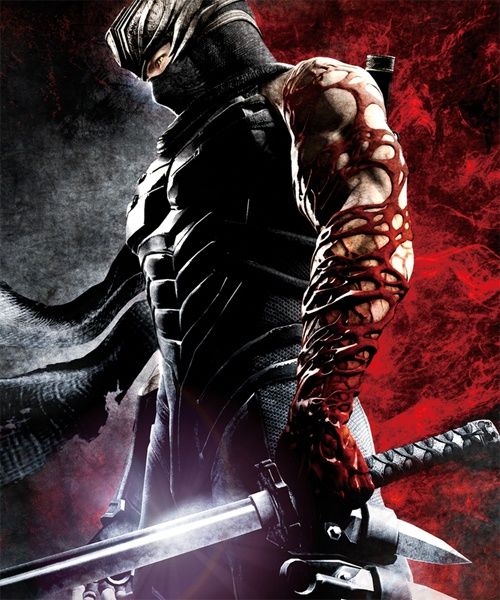 Agility: Ryu is able to move at lightning fast speeds, leaving after images of himself when taking out enemies in a blink of an eye. His reflexes are immensely sharp, even faster than bullet time, allowing him to effortlessly block bullets from multiple automatic assault rifles shooting at him from all directions. Ryu is also able to successfully dodge and even outrun Surface-to-Air Missiles (which fly at Mach 3-6), and even react to seemingly instantaneous things, such as enemies’ teleportation, or the Blinks of his foes. Ryu is even able to outrun the likes of a Giganotosaurus, as well as multiple missiles being dropped on him and the ensuing explosions(Explosions usually travel near the local speed of sound). He was able to dodge and react to ranged lightning attacks from Alexei. Ryu was capable of reacting to quantum interactions that appear at the speed of light in the simulator VR create by Lovelace, as well as seemingly teleport while in combat. Ryu is also able to outpace beams of light from searchlights while water running, in the jungles of South America. His dexterity and agility is trained to sheer perfection. In combat, he is extraordinarily evasive, able to utterly outfast highly agile Black Spider Ninjas and speed type Fiends,even defend and counter their incredibly quick attacks.

Strength: Ryu has immense superhuman strength, able to lift huge weapons with ease, as well as cutting through thick tank steel and jets in half with his legendary Dragon Sword. He is also able to easily and quickly wield hefty weapons such as the Dabilahro, Enma’s Fang and the gigantic Eclipse Scythe while maintaining high levels of speed and agility, with only slight difficulties of struggling to keep balance during long swings. For short movements, Ryu is able to move the 100 lbs Dabilahro fast enough to block bullets shooting at him from all sides with multiple automatic assault rifles. In addition, Ryu is also able to break out of the likes of a T-Rex’s foot from crushing him, the jaws of powerful beasts and demons, and the grips of his enemies, as well as slam an opponent hard enough to shatter their skull. Ryu can block immensely powerful strikes from the colossal Goddess who has supernatural strength and powerful enough to destroy and cut through skyscrapers, as well as having enough strength to give a kick powerful enough to hurt or even behead an enemy in one blow. The force Ryu applies into his weapon strikes are powerful enough to cause significant damage to the Greater Fiends and even the Archfiend Vazdah. He could also bisect the Giant sized Goddess from the right shoulder down to the hip with the Blade of the Archfiend. 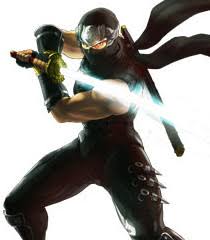 Stealth: A specialized ninja skill, Ryu is able to infiltrate many areas skillfully, including heavily guarded territories, observing things undetected from afar, and sneaking up on enemies to perform stealth kills. He also has the ability to seemingly turn invisible, aiding him in his stealth

Acrobatics: Another ninja specialized skill, this skill enables Ryu to use his ninja acrobatics to move about his environments and surroundings, reaching places that would normally be unreachable by others such as non-ninja.[1] He is also able to land in such a way that he is unharmed from drops of great heights, including heights exceeding 1000 ft. Ryu is also capable of adapting acrobatics into fighting, able to evade multiple enemies from all directions and counterattack just as quickly. His acrobatic prowess is immense even by the standards of well trained Ninjas; Ryu could jump and leap enormous heights and distances, as well as scale and fit through the most complex and dangerous terrains and environments. His most prominent feat of acrobatics is to jump between two jets in mid flight in order to reach the Black Narwhal

Senses: Honed from childhood, each of Ryu’s 5 senses have become extremely acute, most notable of which are his ability to feel displacements through the air, focus his eyes to zoom into targets from afar, and accurately detect the sound of slight far off footsteps in the midst of being next to a body of running water. With the help of items such as the Owl’s Eye, Ryu can see in pitch black darkness. Due to his intense mental training, Ryu possess a superhuman state of mentality, his perception of the world around him being much greater than a normal person, making him extremely alert to danger, allowing him to react to things most cannot. He also possesses nearly unbreakable concentration, being able to focus on other tasks such as regeneration in the midst of battle, and even possessing willpower and discipline great enough to break through the effects of illusions and curses.

Stamina: Ryu possesses enormous amount of superhuman stamina. He is able to fend off large arenas and areas filled with enemies continuously without tiring. Ryu is able to physically exert himself for extremely extended periods of time far beyond that of a normal human, before fatigue toxins begin to impair his abilities. Even while cursed with the Grip of Murder, Ryu was able to defend himself against some foes when the curse would flare up, despite the immense amount of pain that nearly crippled him. Ryu can be dipped in lava and walk for a long time without tiring. Ryu has virtually never shown a sign of fatigue against great adversity

Hand-to-Hand: One of the world’s top hand-to-hand combatants and supreme master in Hayabusa style ninjutsu, Ryu has proven his mighty skill during the second Dead Or Alive tournament by defeating the Tengu of Destruction in hand-to-hand combat, preventing the world from being plunged further into chaos by the monstrous creature. Ryu has also studied other forms of Martial Arts to further increase and refine the versality of his Ninjutsu based fighting style . His reaction, execution time, dexterity in punching,kicking and grappling throws are all hone to utmost perfection , making him a perfectly balanced fighter in offense and defense and his mix-up ability is excellent. His mix-ups and “surprise” attacks keep many opponents guessing which angle or height he will strike from. Ryu’s immense hand to hand combat skills also allow him to maximize the full lethality of the Falcon’s Talons when used allow him to decimate numerous skilled Black Spider Ninjas and ferocious Fiends effortlessly