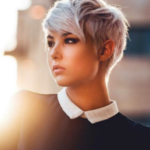 Every human being has the lowest of lows. A point in which they cannot come back from. A point that haunts them to the very core and can never be washed away. The lowest point for Nomi Siliester was cannibalism.

There was no happy upbringing for Nomi; no pizza parties with cake and friends. No, where other children were singing, dancing, going to school, going bowling and having fun with friends, Nomi was alone, cold and trapped in a place that she could hardly call home. From the age of eight, the snowy haired child was raised in the confines of a metal cage, forced to wear nothing but the discarded remains of a burlap sack and rope. She wasn’t treat like a child in need but like a stray dog that sat at risk of being put down if she didn’t do as asked. What was the darkest factor is that Nomi wasn’t kidnapped or adopted by a family with ill-intentions but instead was at the mercy of a family who harboured a sickeningly dark secret.

On the outside Nomi’s family was bubbly, all smiles and the type of people who would bake a pie and sit it on the windowsill but on the inside they were rotten to the core, a family who were sick and psychotic: a family who worshipped the very evil that was the Devil himself. The thing about Nomi’s family was that it wasn’t just her mother and father who dabbled the darkness of satanic worship but every member of her family; her brother, her sister, her aunt, her uncle, her grandmother and even her grandfather but Nomi herself? She didn’t find herself swimming in the waters of her family. Where they were the sickly black raven, Nomi herself was a innocent snow dove and that drove a wedge between Nomi and her family.

For the first few years of her life, Nomi’s family tried to force their beliefs down her throat but it was to no avail. Every point that her family made Nomi managed to find a counterpoint that just managed sow the seeds of anger deep into her family. At the age of five, her mother locked her snowy haired daughter in her room and kept her from the outside world, still attempting to force the family beliefs unto the child. After a year though, her family saw Nomi as nothing more than a lost cause; something to be tossed aside and forgotten about but the family didn’t have the intention to just leave their rogue daughter alone. Eventually Nomi’s Satan loving family decided to just wipe her off the face of the earth and forced their daughter into the cold, rusty cage in the basement of their home.

It was there that Nomi fell to being viewed as a human to being viewed as nothing more than a wild animal. Instead of clothes, Nomi found herself in the stained dregs of an unused burlap sack and where her family ate well and hearty, she was forced to eat nothing but the scraps and waste that came from her family’s meals. She wasn’t a part of the family anymore, she was just the bad dog that they kept in the basement.

Unfortunately for Nomi, her family didn’t free her after a few days but instead kept their daughter hidden from the world for near enough an entire decade. From eight to eighteen, Nomi saw nothing more than a slither of light thanks to a mere dust scarred  window in the basement; a small glimpse of the world beyond her reach. Spring, Summer, Autumn, Winter, each season went by and it was only viewed within the dark room that held Nomi and her cage. For five years, she felt scared; terrified of her family for what they could do to her. She was scared that her mother could easily drag her outside and bury her in the backyard. She was scared that her father could come down to her cage and rape her. She was scared that her brother and sister could come down to her and beat her until there’s nothing but a mewling pulp of blood.

Four years following, Nomi fell into her role of being the family’s unwanted dog; beaten, forced to eat scraps of food, degraded by the clothing she wore and the words her family spat at her but she adjusted. She became jaded to their words and numb to the pain. There was a desire in Nomi to escape but not into the free world and live amongst the people, no, she wanted to escape life itself. With every taunt, every beating, every degrading action that was put through, she wished for freedom but with every passing year, she felt nothing but pain and it lingered with her. It plagued her thoughts and tore her down until she was nothing but weak, mewling and crippled wreck.

A year later though, everything for Nomi changed thanks to a simple act of foolishness on the front of her family’s side. During a violent beating session of with her father, Nomi’s hunger got to best of her and she managed to bite her father. She muted his cries with a simple bite to the throat then tore out his jugular with the same fervour and aggression the way a leopard would kill a gazelle.

She ripped out his throat and ate it. A hunger driving her. A need to eat. Did it stop there though? Heavens no. The young woman found the nearest blunt instrument and proceeded to hunt down each and every other member of her sick and twisted family…
And she ate them. She tore their bodies apart in a lust of hunger.

She lost herself…even to this day.