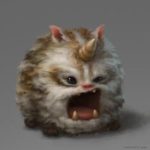 * No smut based, must have a story

*Sci-fi to fantasy, just love the story doesn’t matter when it happens

I am a rambler, if ooc it will be weird, not gonna lie. I love, love, love writing, it’s a release for me, so don’t be bringing your drama this direction “leave your drama for your mama”. I come from  rphaven…that said I am hoping this is a step up, in the right direction. I have many characters and many bios, added with many different plots and story interests. I don’t have patience for those who choose to be darn right aholes for no reason, there is a good a-hole and a bad one…totally be the sexy kind. Will update further later still trying to figure this site out and where I would like to go. If reading thanks for doing so and have a good one.

Take a look there, it’ll give you a wide range of what I have done, some even are still up for playing some have been retired and some are just a hit and miss depending on my mood. Where I do tend to do more dark roleplays more often now, the mood does arise to play other characters, they all have a quirk or two though so just be forewarned. The site is always under construction so if you see something out of place or just doesn’t look right go ahead and notify me and I will fix it ASAP. Thanks guys. Under storylines  there needs to be updates as the character under Legacy of sin has had some newer development and I haven’t had a chance to update it quite yet. Erotica heads up is off limits to those I do not know and am not comfortable with, so don’t be coming asking the password just because you want to take a look. Not gonna happen.

Just a girl with a dream of good rp.

Doesn’t matter the story does.

The following characters are for group rps that can be used for Blue Moon and Red Sun.

Charlie and her familiar Spud:
Like many tales of woe, hers would be no different, drowned in the legends of a deep rooted curse, blood shed, and the loss of loved ones. Her’s does not set itself apart as anything different nor does she claim to be of anything extraordinary. From fairy tales to myths, each in a way come alive in her history. But like many fairy tales this one will start just the same.

Once upon a time, in a far far away land their once lived a family, a Father who loved his wife and children and worked the farm with his calloused hands from sun up and well into the night. A Mother who cooked that of which the Father provided, hand making their clothes and cleaning their home, making sure each child had a proper education. No easy feat as there were 5 children, 3 boys and two girls. There was but one that need made mention to as the others soon become insufficient for the story. Like many fairy tales this one will exclude details in which may drive a curious mind.

The root of most her problems would begin one fateful night, it wasn’t a bad night, quite the contrary the skies were clear and the stars shone magnificently, but like all good things, they must come to an end and with that rode in a storm that would destroy the farm and ultimately leave the families Mother dead, laid to waste she was. Leaving behind a man to raise his children on a farm that no longer could be farmed, forcing them to the wilderness.

It really didn’t take long if one were to stop and look at things in the big picture way, the insanity of a man who loved someone so much that their demise would end them in a state of sheer madness. Talking to witches he had come to know through the forest there was but one answer to his insufferable pain of loss, sacrifice. With his ole handy ax it began, first the eldest, his screams echoing through the damp cave, one by one their heads severed violently from their bodies, a massacre as blood splatter against the walls of the cave and as luck would have it though, it would take all his children, and his youngest daughter had found an escape. He had four, so close to completion, so close to getting back his beloved. Further being driven into a deeper madness he would come to hunt for the final sacrifice.

These sort of things never really leave you, that type of trauma and at an age that she was when it had occurred, she was nine when the worst part of her life would take control and help form her into the miserable waste of space she knew she was. But like most tales of woe she continued on surviving, her own form of madness taking control. Confining herself to similar atmospheres as to the one in which her misery was born. Sometimes she can taste it, that sweet, copper like flavor in the air, small particles stained with her siblings blood landing in her mouth, on her lips, embedding themselves into her very being through the small pours of her flesh. However it formed her, created her vulnerabilities, her strengths, her walls, her darting disposition. It bore root to a being that had a way of thinking things differently but simplistically.

Years would go by before she changed her mind and didn’t want to be alone anymore, clothes were minimal, especially being raised in a more Tarzan like way, but who cared there was no one around in years, not since she had rid her forest of the witches there…this was of course after she learned some things…however it was impractical for her, the talent just wasn’t there, nor did she care. But her loneliness did hover and she knew of something that could help. She had seen it a few times, how it was there she didn’t know, she didn’t care about the how or why, but knew the tiger was carrying…she just needed one, she had to have it, the fur looked so soft and warm. It was simple human desire that brought about her first pet Spud. It really wasn’t difficult to get him she just lurked and waited and then simply took what she wanted and ran away.

The binding of a familiar is a funny thing though, sometimes and in someways it is done intentionally, binding one soul with another or having a bond so strong that sheer distance could not break that bond…or time…in some cases not even in death, it really depended on the legend or myth you read or watched. In her case it was overtime and by no fault of her own…I mean not a purposeful fault and that was all that mattered. Charlie, ending up with a familiar was by sheer coincidence as she was purely happy with him being her pet and nothing more, magic has a funny way of changing things, it either is for benefit or demise and will either have good or bad reactions…it all seemed too hit and miss to her and she was not going to stop and worry about it too much as long as when she used it, it worked to her liking and whatever consequences came from it would be dealt with then. Black and white.

So her story continues, a Father who to this day is out hunting for her head and a familiar made to be such in fault. But that explains not the three other creatures she has following her around, you say. Well if I said it here then I wouldn’t get to write their bios yet and I very much look forward to doing so. Until the next update.

The 5 travel as a squad, don’t really like to bring in new members to their rather comfortable atmosphere. Each have their own skills in which makes them in their minds the perfect team…set aside the rather odd demeanor of their squad leader Charlie and her rather hungry friend Spud, they are capable of at least surviving.