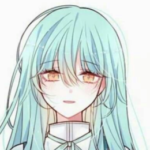 “Has anyone seen my dearest sister, Willow? I’m afraid to think of what a hungry wendigo could do to a town full of humans…”

Mother: Left before anyone could find out her name!

Childish, immature, little to no impulse control, never really thinks things through, tries to lighten any serious situation, loud. Meet me to find out more!

Oaklyn Grove. A childish and loud elf girl, that works as a medic in a small village, not known by many. She makes a living mostly through selling her sister's potions, "granting wishes", and giving advice for a better future; all behind closed doors of course. She's a rather loud girl, doesn't show much sign of getting quieter. She was once married, to a man. She was charged with murder after his death, considering she felt nothing for him in the slightest. She didn't murder him though, that role would've been played by someone she used to know. The body was disposed by her cannibalist sister. Another reason why she hides in a small remote village, other than it being quiet, less likely to be hung for witchcraft, and the suppiles can be easily collected.

Single, with one dead husband (whom she was forced to marry).

(WIP)
Her mother left not long after her and her sister were born, and she’d claimed it was because “she wasn’t ready for children yet.” Her father, on the other hand, took great care of them even though they were very poor; fed them even when there wasn’t enough food for himself as well, protected them even when he was too weak to protect himself, and gave them the clothes off his back even when he had nothing else to wear on a cold winter night. They had moved plenty of times, most because she was caught using witchcraft and kicked out. He died in a fire, being too sick at the time to make it out on his own when her and her twin sister was a teenagers. Her sister blamed herself, and for awhile she blamed her too. Her father died right outside, in a small village; leaving them alone in a new, strange place where she’d met her “husband”.

This man, a rather rich man (both in social status and in money), watched her for a long while before approaching. She was wearing a white blouse, jean shorts, a leather belt that held her ‘supplies’ and some dirty, old leather boots. Her long, messy, and dirt-filled sage colored hair was flowing slightly in the wind that flew by, but rested (for the most part) peaceful behind her slightly pointed ears. Her lilac eyes were fixated (even with no pupil in sight) on a shiny, red apple she was about to purchase. Her head tilted ever so slightly to cast a light shadow over her eyes, which only made her seem more tired with the bags under her eyes darker than usual. Her skinny, pale form only showed how little she ate. The scars that littered her body from fights and other things, were bright pink compared to her pale -almost white- skin. The clean, rich man approached and reached his hand out to her; being so used to getting hit by those above her, she flinched and shut her eyes tight, waiting for an impact that never came. This action caused the tall male to chuckle and say, “No, silly girl. I’m not going to hurt you. I’m simple just asking for your hand.”. He had this innocent, “I’d never hurt a fly” type of look to him, and she allowed herself to give him her shaky hand; which he returned with a kiss. She felt slightly disguised by this act, considering she knew what he wanted, which wasn’t a friendly chat in the market. He payed for her groceries, and lead her back to her doorstep (which she shared with a few other females, to poor to live on their own). Without being invited in, he stepped inside; almost immediately noticing her sister sitting at a small wooden table, “And whom is this?”. It took her awhile to explain her situation, but eventually he dropped the subject entirely.

Months passed, he tried asking her to marry him (even though they weren’t even together to begin with and was one sided love.) and she rejected. She tried to explain to him that he wasn’t her type. This enraged him, he yelled at her and even beat her for rejecting him. His argue was always “Well you weren’t saying no when I gave you all you have!”, even though she did. Each. Fucking. Time. She told him not to spend his money on a female he doesn’t even know, yet he insisted that it was “his pleasure” and a woman should let the male pay for things. In the end, she was forced to marry him, even when she said “I don’t.” at the alter. Couple of months later, he was found dead in the same room he’d beat her for not listening. She was blamed of course, even though she wasn’t even in the house at the time. His murderer was a woman, Oaklyn had thought she’d put in the past. Her sister had found the body later, and well.. with her being a wendigo and all, you can guess what happened.

Oaklyn moved to a small village that was run by the head officer, considering they didn’t have a king or queen to rule them. She fit right in this small, quiet village. They were in need of a new medic also, which she also fit perfectly for -Even though she wasn’t very good at it. Luckily there were almost never an major injures. No one ever questioned her methods; they worked, so why would they? She still continues to explore in other, neighboring villages and woods. Mostly in search of supplies for potions, spells, and medical goods.

She has a familiar, like her sister. Hers, however takes form in a Parrot, even though she can shapeshift. She named her Nova. Willow’s (Her sister) familiar takes form as a copperhead snake, which Willow allowed her to name.  Oaklyn has a strange fear of bunnies and rabbits, she’s just never liked them- She loves dogs though.

She’d wear a grey turtleneck sweater that was tucked into a black skirt, black tights on underneath.

..Why the hell should I tell ya?