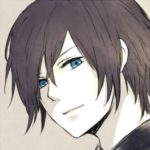 active 11 months ago
Base

The only thing that is know about Desmond is  his psychic formality. That, and being the brother to Zoey Foles.

Outside of that, he’s been believed to have been dead for the last few months.

He’s a master at faking his own death… And has came from the clutches of death it’s self, for reasons even he doesn’t know. He came back with his sanity intact, even, as his sanity was out the window before hand.

Shock wave – Similar to Zoey’s shock wave, only it can be used strictly for defense, and nothing else.

Telekinetic Storm – A fast acting attack that works close range as offence and defense. Anything that gets within it’s 5 foot radius will either be flung away or torn apart.

Strengths: His own mind, and his own mental will power that keeps him from being effected by outside attacks to his mind on any level being magic, or through telepathy.

What the hell happened to me..?