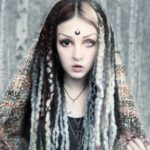 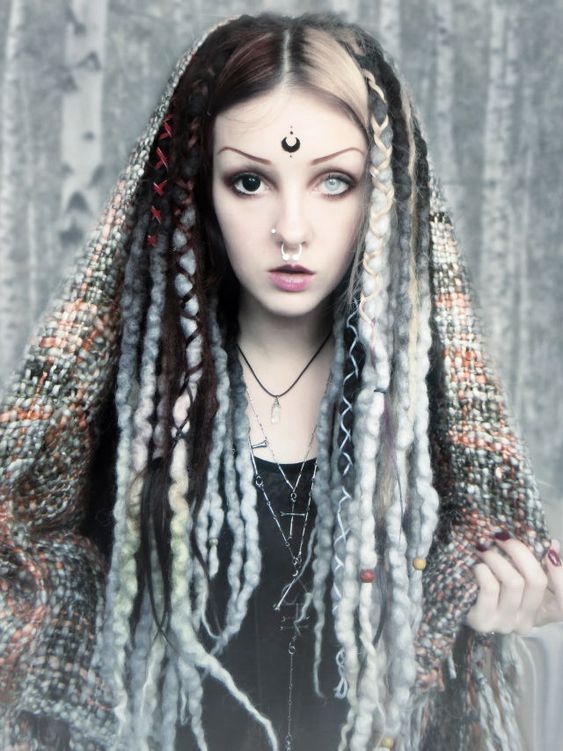 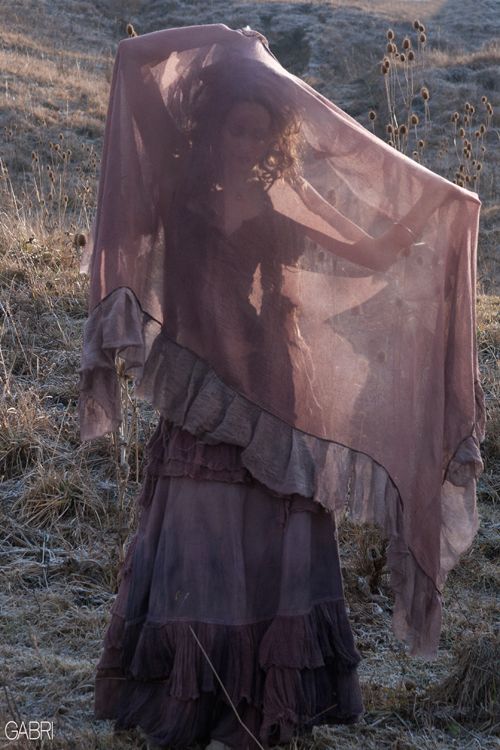 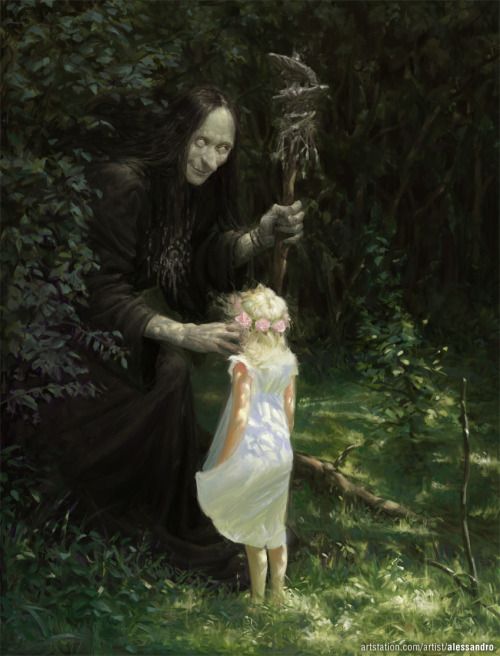 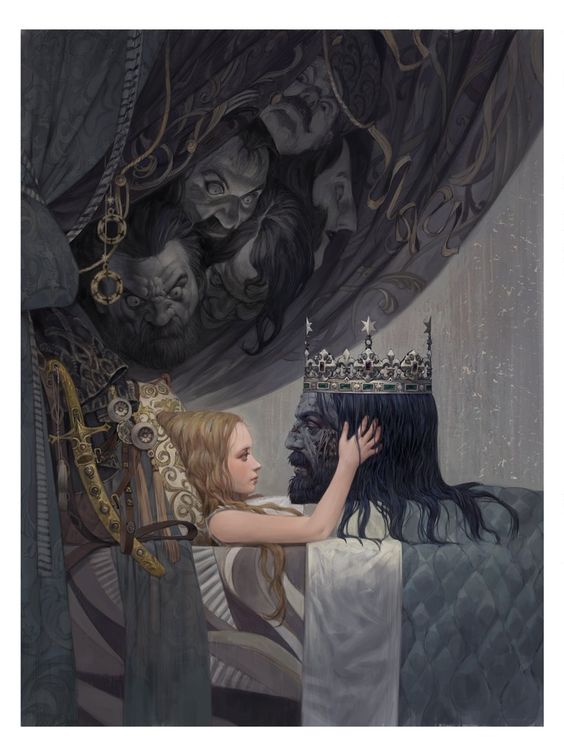 The product of a coffin birth, Ostara was born from death, the unborn fetus expelled from her mother’s womb hours after her burial had taken place and the unfortunate pregnant woman had been laid to rest. It was by sheer luck that the lonely caretaker of the old cemetery had heard her distant cries from beneath the freshly turned soil as she slipped into darkness. A coffin death was rare in itself but for a child to survive such a thing? Unheard of, impossible. Except, that is what happened. From that moment on, Ostara was destined to walk between the veil of life and death, stuck between two worlds yet belonging to neither. Mortal eyes were never meant to glimpse the things that Ostara was exposed to from the moment she drew breath.

Spectres and demonic forces plagued the child from infancy for she was a beacon of light in their otherwise dark world and slowly, the girl was driven to the brink of madness by the time she was barely old enough to walk. The people of her village, her father included, were terrified of the child whose birth was considered unholy, an affront to the natural order. It was not just the fact that Ostara had been born to a corpse that frightened the township but also that the girl had been pulled from the grave with a caul covering the left side of her face and such a thing had long been attributed to witches and dark forces.

Her strange appearance only served seemingly as confirmation to these beliefs, the darkness of her left eye whispered to be the mark of the devil himself while the right was discomforting, pale blue blinking from a milky cloud. Who wouldn’t be afraid of such a child? A girl who held whispered conversations with the walls, who tore chunks of her own hair from her scalp, who had to be restrained each night to save her from wandering into the dark forest, raving about floating white lights singing and calling her into night. More unnerving still was the way she seemed to know the secrets of those that mocked and taunted her, using her words as weapons

Temple of the Oracle Sisters 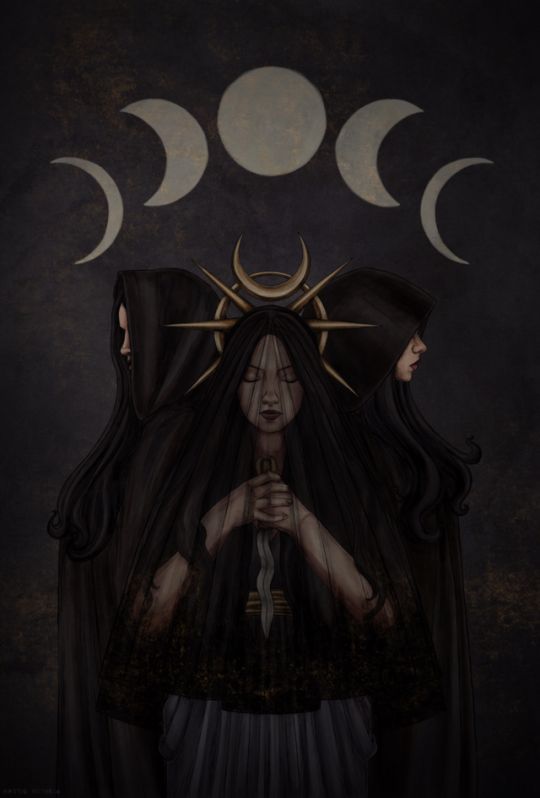 After a particularly violent and frightening episode, the townspeople could bare the strange girl’s presence no longer and to save her from execution on the charge of witchcraft, her father stole the child away before abandoning her at the temple of the Oracle Sisters, nestled deep in the Mystic Woods. The forest was the last refuge of those who did not fit into the fringes of society or normalcy, a place outsiders rarely tread for fear of their lives and mortal souls. Those that lived here worshipped a collection of night and death deities.

Ostara was raised by the three sisters who ran the temple. Each had voluntarily stripped away one of their own senses as testament to their vows of worship. Nuami had sacrificed her vision, having blinded herself with poison, Zoya had her tongue removed with a sharpened knife whilst Estyn kept her ears plugged with hot wax. It was the three sisters that brought Ostara back from the ledge of insanity on which she teetered with each woman bestowing the girl with a gift, designed to protect and guide.

It was Zoya that spent many hours teasing and twisting the young girl’s hair as she fought back tears, her scalp bruised and patchy in places until the multi coloured strands were able to be woven into a thick mess of dreadlocks and braids that could not be easily wrenched from the roots by the demonic creatures that plagued her and by the girl herself for to pluck at the strands had become a habit, a coping mechanism.

From Estyn’s own hands, silver rings were crafted, imbued and engraved with protective runes that could aid Ostara in defending herself against psychic and spiritual attacks. The peculiarly fashioned metal fitted so tightly to her wrists and ankles that for weeks her limbs ached with bruising and poor circulation but in time, she slowly adjusted to the decorative rings that were designed to never be removed.

But it was Nuami that she forged the greatest bond with for it was her that offered the greatest gift of all, teaching the young girl the craft of dream weaving. Able to enter and manipulate her own dreamscape and those of others, Ostara was finally able to experience the freedom and silence that had always been restricted to her in her waking hours for indeed the only time the woman is able to escape the whispers of the dead is when her eyes fall shut and she flees to a world of her own making, a place that bends to her will and warps to satisfy her every whim, a changing landscape controlled by her mind and influenced by the desires of none other then her own.

The sisters guided Ostara in many things, enlightening the young girl to her natural born gifts but it was not until the night she was called into Flooded Forest of Dreams was her truth path discovered. It was there, in the comforting bask of lunacy and darkness that Ostara finally learnt the true weight of her purpose and the burden she would carry. She was a bridge, a conduit through which spirits could pass, a channel to the other side. Oh, but she was much more then that.  A voice like silk called to her that night, soft like a breath of air. Fireflies of spectral light guided her way, deeper into the swaying bows of trees and shadow, earth whispering beneath her feet, grass murmuring against her legs, the dead hovering in her senses for the forest remained the last resting place of countless souls. She was lured to the glistening shores of  Lilac lake, named for its haunting violet depths over which a misty fog hung, clinging to its sleepy current through which shards of glimmering bleached bone could be glimpsed. 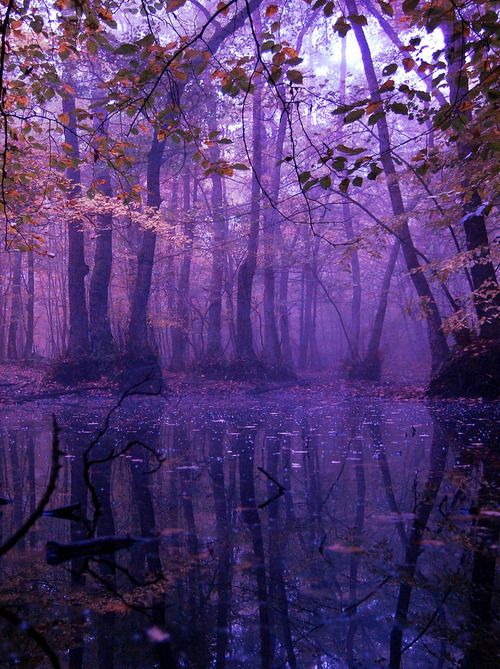 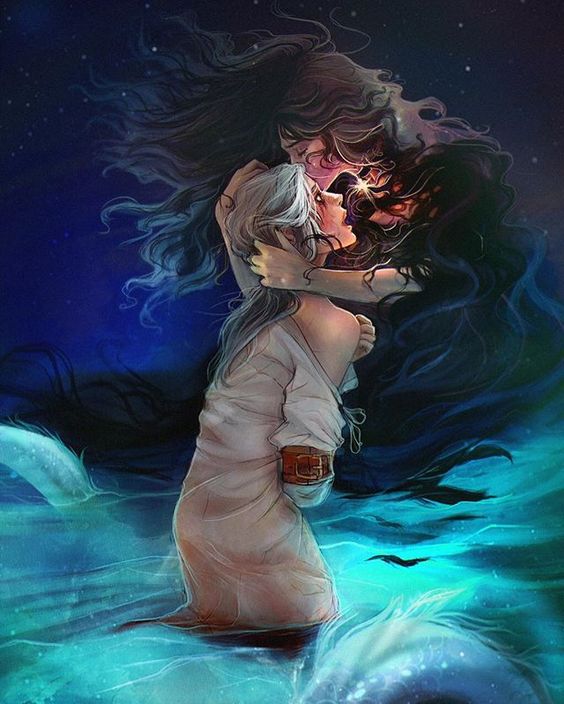 . That was what they had been called. Sorceresses of blood and magic drowned in that lavender undertow, lungs gasping for air but filling only with water. The voice sang and wailed as she neared and as Ostara waded into the lake, a vision rose to greet her, seemingly forming from the vapors, drifting out of fog. Blue smoke swirled, shaping her limbs and features as the figure swayed silently, beckoning to the drenched child, her voice creeping into her mind, wispy tendrils reaching. The closer Ostara waded through purple toned waters that now glowed with spectral sapphire, the clearer the woman became, shifting into an image of what she once was in life. And, as their fingers met, her spirit crackled through the young girl like wildlife, enflaming her senses, the cells of her blood flaring to life. It was her first soul. And none would ever taste as sweet as her. It was here, along the edges of Lilac Lake that Ostara would eventually come to build herself a home.

Ostara currently lives deep within the flooded forest, s though she mostly keeps to herself, closeted away in the flooded section of forest that collapses into fresh water swamp and marshland. A memory collector, she offers a variety of services to both the living and dead though the payment she requires in return varies from person to person and if she develops a particular fixation with someone, she may request a piece of their being such as a fragment of bone, a tooth, a strand of hair, an eyelash. 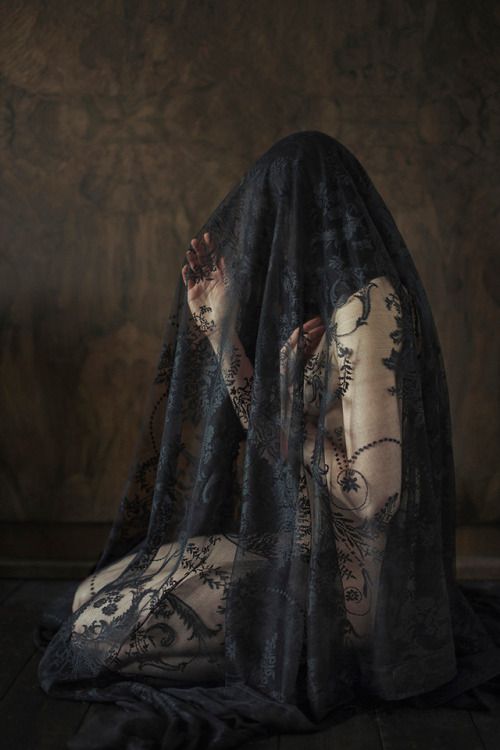 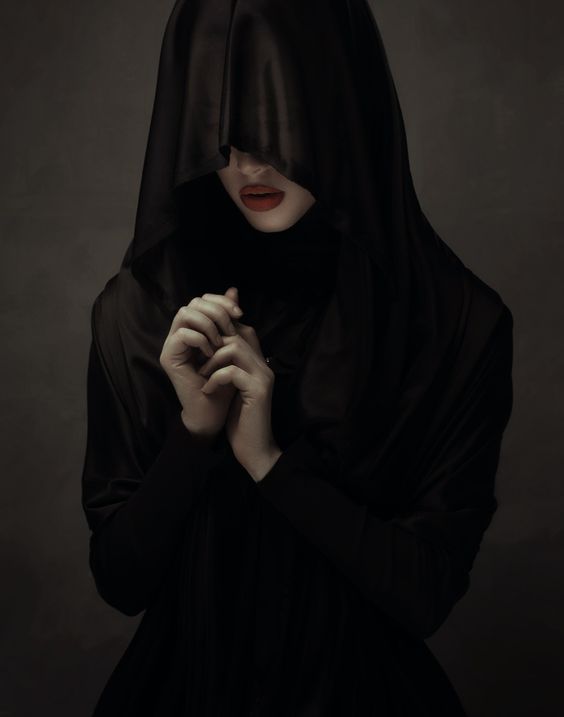 Eyes: Symbolizing her ability to see beyond the veil of life and death, Ostara was born with a mismatched gaze. Her right eye is a pale pastel blue hidden behind an milky film that misleads people into believing she has limited vision or partial blindness. The left is a black abyss of darkness, devoid of light and color except for the small fleck of green that is only sometimes visible.

Fashion: Ostara is very rarely seen without a crescent moon painted on her forehead, between her eyes. (Sketched in gold, silver or black). This is the ‘key’ or ‘gateway’ to her dreamscape.
Around her wrists and ankles are silver bands, engraved with protective runes and mystic symbols. The coils are not able to be removed without causing Ostara great physical and psychological damage.
Her throat is decorated with some of her most prized memories. Trinkets hang on chains or looped onto chord, an odd assortment of items that encompass both the macabre and the mundane. (A vial of tears, a curled eyelash, a tendril of hair, buttons and shards of chipped bone are just some of the charms that can be glimpsed.

Hair: Ostara’s mess of braids and dreadlocks come in a variety of different hues forming a medley of colours ranging from silver, white and grey to burgundy, black and earth toned browns. Born with silvery blonde hair, the different shades were accumulated slowly as with each soul she helps cross, physical characteristics are stained upon her.  These thickly woven strands are almost always decorated with brightly coloured string, beads and tiny silver bells.

Complexion/Scars:  Bone white. Her alabaster skin is as pale as death itself and rippled with the scars left by her former lovers. These marks are often requested by the woman herself in order to add to her collection of memories. 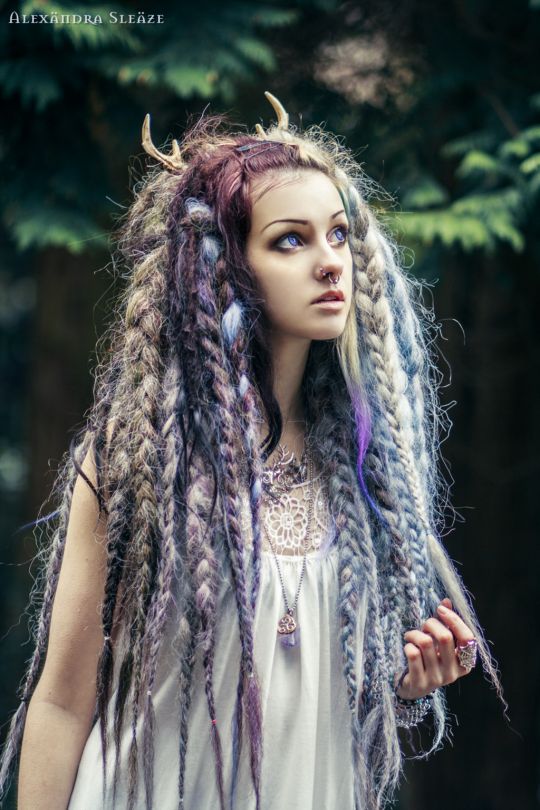 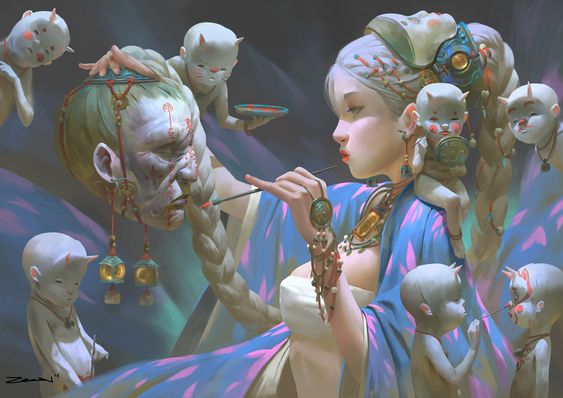