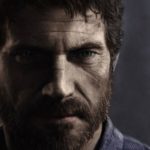 “Leave people famished: The Sweetest nectar should only ever brush the lips. Good taste’s trick is to simulate thirst, not quench it.” They said in secret, behind closed doors.

A reigning idea of the ruling class that dominated every aspect of Eronon. An idea hidden from the ignorant masses.

“Make the people dependent on you entirely. Images are made sacred not by their creator, but by their worshiper. The astute would rather the world needed them than thanked them.” They proposed in silence, beyond the bejeweled curtains.

These were but two of the driving ideas espoused by the Altites, the Eronite minority, the revered, the undisputed. Those elect few who for millenia had painted themselves as faultless ones, as speakers for the Divine on Earth. Masters of Eronon. I didn’t see how despotic it was back then, my sight blinkered by a strictly controlled education, by a lifetime of spoon-fed propaganda and manipulated information. What a fool I was. I ate the tenets of the False God Eron for breakfast, lunch and dinner.

Like all Eronites I was born without a true name, instead defined by my class, occupation and a traceable number. I was born Marshal 999, an unknowing member of the state’s secret service arm, a cell I eventually came to learn was called DarkMesh. Raised to serve the state both ardently and unquestioningly, educated in a litany of trades within a trade: Criminal psychology, advanced interrogation, peacekeeping, arrest, surveillance, investigation and assassination. I was Marshall 999 and this is what they taught me:

– I must worship the mighty God Eron and follow his sanctioned leaders, the Altites, keepers of the Great State. I must follow them to any end, even if it results in my death.

-I must obey Altite orders at all times.

-I must kill the enemies of the state unquestioningly, absent hesitation and without any remorse.

-I must take the utmost care when gathering information.

-I must be diligent at all times with my investigations.

-I must regularly report to my superiors.

-I must share all results of my work with my superiors.

-I must report all crimes to my superiors.

-I must think ahead of the state’s foes.

-I must know how to use both my friends and my enemies.

-I must know how to deflect trouble onto others.

-I must know when to speak and when to be silent.

-I must never be ruled by what I think the enemies of the state should do.

-I must find and exploit the weaknesses of state enemies.

-I must enforce state law at all costs, unless the price threatens the Altites.

-I must love the state.

-I must love the state even more.

I was a damned automaton. For years I served like a good little foot-soldier, blind to the truth, spying on, framing and murdering dissenters or state enemies, enforcing laws that oppressed the Middites (my own class, the middle class) and the destitute Esserites (lower class), the exploited serfs. I was  one of several fingers of the sugar-coated dictators. Until two seismic events shook my world and my faith to its roots. I was introduced to a book called Behind a Starry Curtain, an illegal volume supposedly spewing radical ideas that endangered the state. Despite being forbidden to peruse the pages of that book, my mind, ravenous for facts and careful examination of evidence, a trait they had instilled in me, urged me to flip through its chapters. Those pages sewed a seed in my head. In the days that followed, I was drawn into a chain of brutal murder cases. The facts and implications surrounding these cases like a foul stench lit a torch in my mind. My nose for bullshit had come to life. I began to question. I began to dig and twist and turn through the insidious corridors of a terrifying conspiracy. I came to see the truth, becoming the first Eronite in millennia to escape the 90 foot walls of the Ring City and see that the world beyond was not  inhabited by twisted monsters, nor was the land ruined and full of death. I learned that more than half the work done in Eronon was making things appear as if they were not.

What unfurled next is a conversation for another time. All I can say is, I now live far from the wretched 90 foot walls of Eronon. I’m a different man.

Adversity is the straightest path to truth and truth is most beautiful when it is naked.

A Pariah. Private investigator and vodka-shooter. A philosopher and potion-maker as well as an author. Former Marshal of the Eronite regime.

Married to my numerous works

-Tall and wiry strong, not muscle-bound.

-Dark brown hair starting to gray at the sides.

-Sapphire eyes that turn black as night when I’m angry.

In the nothingness of everything.