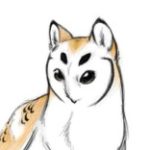 Bears (real ones, not owlbears)

Foxes (only ones named Ruby)

Psychic effects as a result of magic or chemistry

Getting turned into a vampire or zombie

Shockwave: Hector can emit a shockwave of varying intensity, after charging it up.

Dragowl: Hector can breathe fire, even in space. Maximum range is 20 m.

Who Let the Dogs Out?: Hector can be quite fierce – he can kill more efficiently than a trained combat dog. And he can fly. And he has razor-sharp claws. Don’t worry though, if you give him a mouse he’ll be nice.

Tripwire: Hector actually has a very strong tail. He can use it to suffocate a limb, trip someone, kill small creatures, and whip people hard. It could possibly also be used as a tourniquet.

Floofy Birb: Hector was created in a lab by Brad Tupolev. He’s very loyal to his creator and owner, and loves him unconditionally. He also gets free mice from Brad, which is awesome.

Smol: Hector is 60 cm tall when sitting, and weighs about 2 kg. He’s small and cute.

Normal: Hector, when sitting, is 1 m tall. He weighs roughly 9.3 kg, and is more efficient at killing than a trained combat dog. Don’t worry though, he’s nice to people who treat him well.

Large: Hector can grow instantly so that he’s 3 m tall when sitting. His weight is 251 kg, about 552 lbs. His attacks are scaled up as well. If someone wants to ride him, this is the form he’ll use. Unless the rider is a squirrel or something.

I is not wanting of smut, please do not askings…

I has been of the makings in a lab. IVF was usings. The fathr of mine, Brad, was keepings of me inside a criopod until I was no longers being a smol chick anymore. He wants of me of being a pets, but he also is lettings of me ventureing out by myself. Brad telled me of a smol world called Hellifyno, and I went there. I like of explorings by myself now. Hellifyno has of the many things to offer. So many of the creatures, and food is a free. I do lots of an explores now, buts I sometimes go back homes. Sorries for grammar of the bads, I am of the learning! Sometimes I carry a sachel that is tiny. The sachel has more of the storage than you thinks though.

I is havings of no secrets.