Don’t be one of those people.

Hobbies/Interests: Cars, hockey, science, and hating on the Toyota Prius

Personality: Nick is a Northern Hawk-Owl that usually takes the form of a humanoid creature. A quiet and timid floof, he doesn’t usually engage others or start a conversation on his own. It’s very easy to fluster him, just a little ruffle of his feathers or a small compliment can make him blush heavily. Beneath the cloak of shyness, however, is an intelligent and adorably awkward personality. It’s unknown how he acts in a romantic relationship, since he’s never been in one before. One thing’s for sure, however — don’t try to lure him into the bedsheets. Nick will have no problem cuddling someone he loves, but as soon as things get lewd… let’s just say you’ll either need a trip to the hospital or a hearing check-up after the screechy owl noises that’ll ensue. Most likely both, actually.

Abilities: Nick can manipulate light and energy. Of course, since E=mc² is a thing, he needs a source to do it. Mass can be converted into energy, therefore he can take physical things and turn them into energy or light. And vice versa — he can materialize things using any kind of energy, including his own. Keep in mind that he has complete control over it — which includes more than just converting it into different forms. Theoretically, Nick could use the power of stars, light years apart, to fuel a collimated beam of high-energy radiation which could potentially blow planets apart and make their remains radioactive to a deadly degree. That would take immense focus, however, and might not be possible without complete silence and peace around him. In addition, if he’s making eye contact with someone else, he seems to be able to ‘see’ into their minds, uncovering info such as their thoughts at the time or what they regularly think or fantasize about. He can also stun them temporarily with his eyes, which is useful for fleeing. It was recently discovered that he can also ‘catch’ the thoughts of others, as if they pop up like notifications in his brain. This can be useful but is usually troublesome in public. If he catches too many thoughts he doesn’t like, for example, he tends to get a massive headache. This is a big reason he visits locations like the Red Sun Inn in the city of Persistence with caution, since there’s a lot of horny cuntnuggets around that emit lewd thoughts all the time.

Immunities: It’s impossible to get into Nick’s mind. Mind reading, mind control, and all other mind-altering attacks or magic has no effect. It’s not known why this is, since scientists refused to pick apart his brain in fear of ruining this immunity. In addition, he’s very resistant to the cold. Attacks that involve cold things (ice, snow, frost, cold winds, etc.) have marginal effects. Finally, fast-moving projectiles such as bullets have a good chance of doing nothing to him. It’s said that his body can temporarily phase into higher spacial dimensions, at the cost of physical energy. That’s the most popular theory, anyways. Nick will disappear, leaving behind a small shockwave, and he can reappear anywhere he likes, as long as he has the energy to do so. He has to conciously trigger this, so he can still get hurt very easily if he doesn’t have enough time to react. Of course, this also goes for knives, punches… basically anything that touches his body. It costs energy to do this, so too many interdimensional phases will wear him out until he faints.

I understand if interaction with a non-human character IC can make you feel uncomfortable, but that doesn’t give you the right to judge or draw conclusions about a writer based on their character. I reserve my right to shut down a roleplay if it is making me uncomfortable, and I will decline roleplay requests if the subject matter or characters involved are unsettling for me. If I turn you down, don’t take it personally — I’m just doing what’s best for myself. Always read someone’s profile before you ask them to RP, it’s important that you know their boundaries and preferences!

Girls. 17 or under. If you try to ask Nick for sex, he'll gouge out your eyeballs and shove them down your throat.

Nick was born on a little planet, far away, in the area of space known as the Virgo Supercluster. Narrow it down from there and you’ll find that he was born on Earth. He knew he was different from the start, and later found out that it was because he was engineered genetically to be different. More… owl-like, to be exact. Lots of things were different about him. His soft, feathered body with dense muscles underneath, powerful legs, claws and talons, and his big amber eyes and black beak. But then there was his mind. He got bullied tons in elementary school for being a ‘nerd.’ However, whenever he felt down because of it, his teachers used to keep him inside during recess and have nice chats with him, about all the stuff he liked. They began to get an idea of how gifted Nick was, and although he wasn’t sent up several grades like some geniuses were, everyone in his school community soon knew about it. This came just in time for a confidence boost when junior high hit. When that happened, he broke through the barriers created by low self-esteem and bullying. It didn’t even take him 20 minutes to do a full unit test in math class. It’s safe to say that those three junior high years were the best years of his life so far. To make things better, his hockey skills were finally shaping up to what he wanted them to be. He was becoming a brilliant defenseman. His favourite NHL team was starting to do better, too. Now, Nick is living in Hellifyno. Earth went to crap in 2020, so yeah. Now he’s here. He’s in his first year of high school, the 10th grade. He recently became the youngest draft pick in Hellifyno sports history, being only 15 when he got drafted to a pro hockey team. He now lives in Coeur D’Argent, where his hockey team resides. It’s safe to say he’s still doing great despite the change in scenery.

To this day, Nick hasn’t been told who made him this way or why, but when his life could span hundreds or even thousands of years, he certainly has plenty of time to uproot even the best-kept of secrets… His usual choice of outfit is some sort of car-related t-shirt and some jeans. Maybe a lumberjack shirt too if he’s feeling fancy.

Nick has an ever-growing car collection. Here are the cars he owns so far (plus a bike):

The Polestar Precept is a Swedish-made, premium electric sedan with many innovative features. These include seats woven from recycled plastic, a small LIDAR dome on the roof, recycled carpets in the interior, and much more. It was originally intended to be a concept car, but Polestar got so much feedback and love on the Precept that they will actually put it into production IRL. Of course, on Hellifyno it’s already in production since Hellifyno doesn’t care what’s real.

Fun Fact: Polestar is owned by Volvo. In addition, Polestar is the name of Volvo’s performance division, which sometimes leads to some confusion. 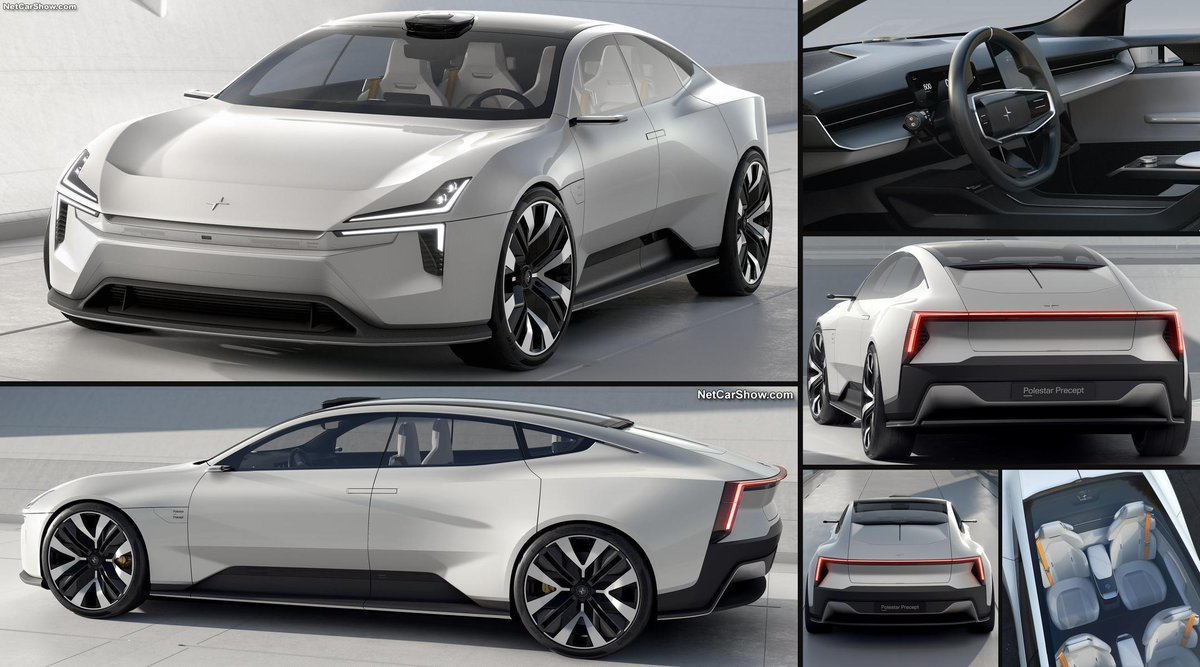 Lotus is an extremely underrated car manufacturer. Born in Hethel, England in 1948, they started out building kit cars like the Lotus Seven. (the Lotus Seven is still around today in the form of the Caterham Seven!) Eventually, they decided to build a full-on sports car, the Elan… and the rest is history. Lotus’ philosophy is not to add power, but to subtract weight. For driver feel and involvement, you really can’t get much better than one of these. The Evora is Lotus’ more practical model (yup, I just called a Lotus practical). It’s the only model you can get with a DCT (dual-clutch transmission), and is also their biggest. The Evora mainly competes with the Porsche Cayman, BMW M4, and other European sports cars like it. Although Lotus cars aren’t bought much compared to their competitors, it’s hard to argue against the fact that they’re some of the most fun and pure cars money can buy.

Fun Fact: This is the first car Nick bought after coming to Hellifyno, and features a vanity plate reading ‘046-OWL’. It’s made to look like a normal license plate, but with a subtle nod to his hockey jersey number and, of course, the fact he’s an owl.

The Exige is a more hardcore version of the Evora. Same engine, but less weight and features. The thing barely has a radio! Of course, if you’re buying a Lotus… it’s not the radio you’ll be listening to. The Exige Cup 430 is the most hardcore version of the Exige. It’s the most bonkers out of the entire Exige range, that’s for sure. It’s rare to see a Lotus on the road in general, but then there’s this thing. Seeing a Type 25 Exige in person is nothing short of a once-in-a-lifetime experience. It barely qualifies as a production car because only 25 were ever made. This special edition was made to pay homage to a legendary Lotus F1 car from the 1960s, and like the racecar is celebrates, it’s absolutely bonkers. 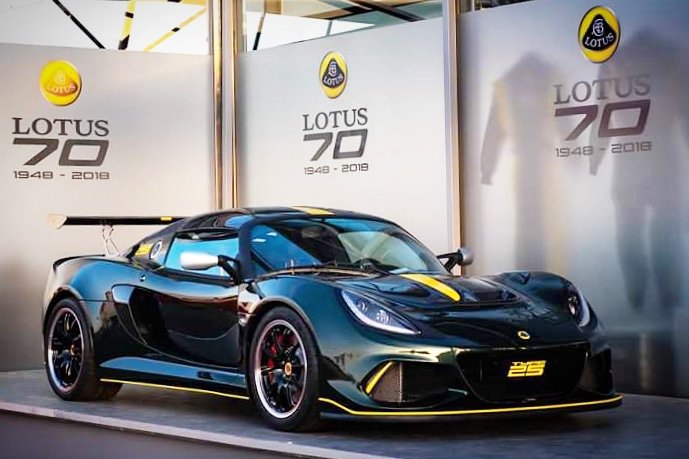 Yup, we’re still going with Lotus. Nick’s living his writer’s dream by owning one of these. If you don’t know what this thing is… just Google it. 2000 horsepower, fully electric, and handbuilt right in Hethel, England? It doesn’t get much better than that. Add in that signature Lotus lightness and you’ve got something that Jesus himself would come back down to Earth to drive. A Lotus motorcycle! Almost too gorgeous to ride, these use KTM V-twin engines producing 200 horsepower — a high figure for any motorcycle. Only 100 C-01 bikes were ever made, and they cost $137,000 a pop. (yikes!) 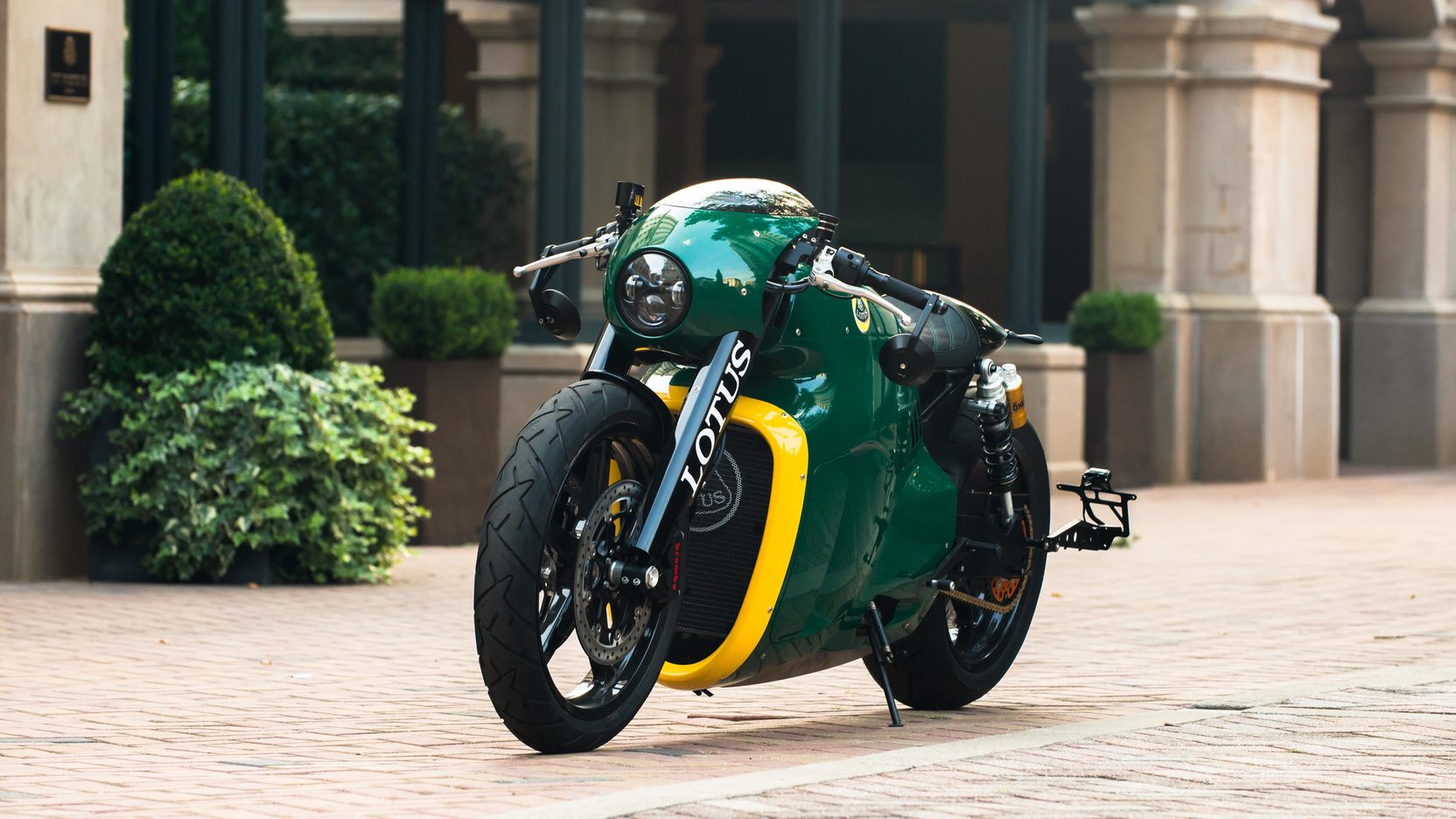 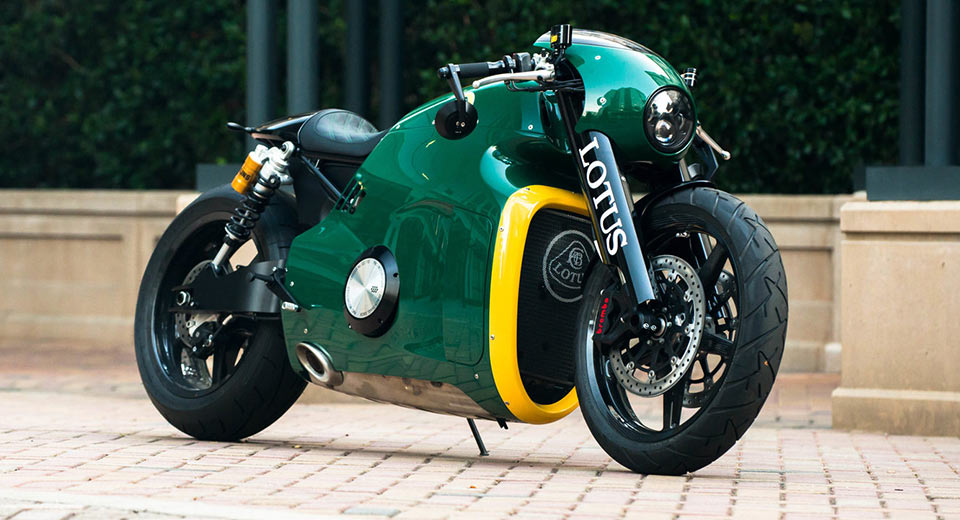 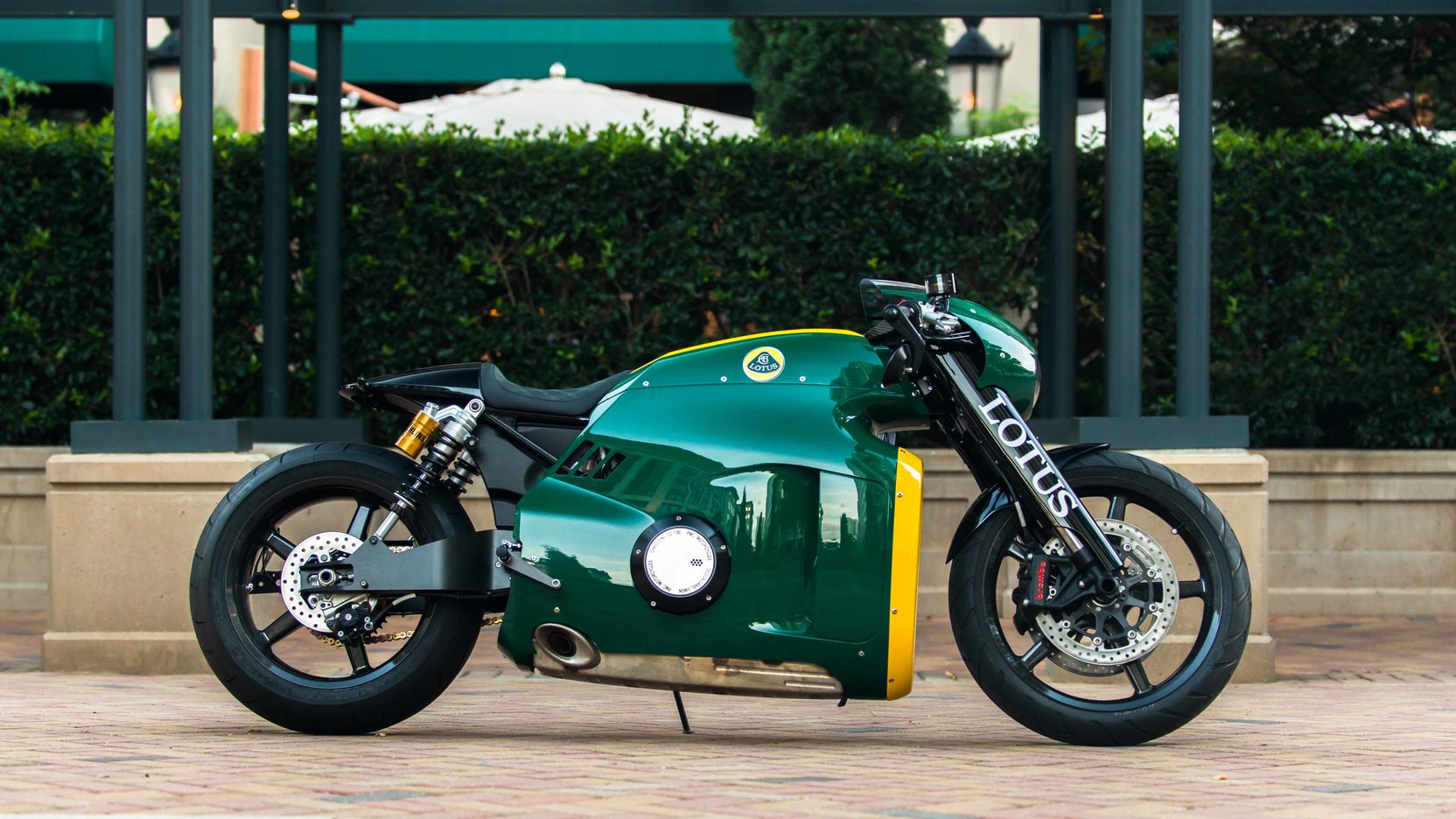 …mess with the hoot, you get the shoot.