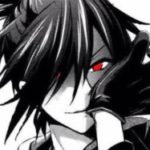 A thing of certainty, malice and unfathomable willpower. Having wished itself into existence, it has sworn to eradicate the gods who made its existence a necessity. Its sword is desire. Its shield is delusion. It knows no master. Reality is its slave. Contemptuous of all who are beneath it, and all are beneath it. It wears two faces – that of the treacherous Raccoon, and that of the broken god Helvegen.

Perhaps not now, or tomorrow, but soon – The Other will find you, too.

– Killed 80,000 people by crashing an exploding Star Destroyer into Ar’Elis

– Possessed a beetle-keeper and then transformed into himself, obliterating the keeper

– Literally walked through a crowd of people, obliterating their bodies as he touched them

– Entered a man’s body and climbed out of his stomach

– Dropped an avalanche on a northern village

– Rampaged through an ALL Corp ship, killing hundreds of guards

– Wrecked his way through a dozen androids

Clad in deliberately “edgy” apparel, The Other wears a leather jacket and gloves, khaki pants and a simple t-shirt – all in black. His hair is as dark as his couture, often tied back away from a pale face that verges on unnatural beauty. That same face is the clearest indicator of his malice, often wearing a lopsided, arrogant smirk beneath a pair of blood-red eyes. 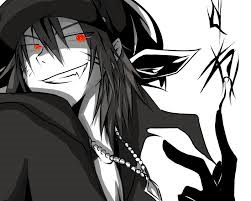 Having yet to ever exert himself in combat, The Other is only a pragmatist when it comes to scheming. As such, his loadout is very basic: a rune-enchanted gladius with a built-in power cell, and what essentially amounts to a fully automatic rocket laucher-handgun hybrid.

He has one power. He uses it almost all the time.

in myself. That's all the proof I need to know that I exist.