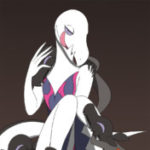 “oh just breathe it in deep”

Salazzles are dark gray Pokémon resembling a salamander or lizard. Their thin bodies have purple underside with several wavy, dark pink markings: a U-shaped marking with two additional lines inside on its chest and one on each hip resembling wisps of smoke. The dark gray on its head and neck extends slightly onto its chest in a V-shape. It has a slender head with purple, almond-shaped eyes with slit pupils and two fang-like projections on each side of its lower jaw. There are two thin, wavy growths on its back at the base of its tail, which is whip-like with a dark pink underside. Its hands and feet each have five long, thin digits. Salazzle is a female-only species with no known male counterpart.

Salazzle can be found deep in caves with a reverse harem of male Salandit. The males are attracted by the pheromones in the poisonous gas created by Salazzle. The males bring it food, and those that are unable to are punished with flaming slaps. Salazzle’s gas can also be diluted to make perfumes. Only female Salazzle exist as the male Salandit cannot evolve due to a malnutrition diet. The winners of a competition between two Salazzle are determined by who has the most male Salandit in their harem

Salandits
Biology
Salandit is a small, black Pokémon resembling a salamander or lizard. Its body is dark gray with a black head and feet. Along its back and down its tail is an orange-red line. This marking splits into four short lines with round tips at the base of its tail. At the base of its neck are two short, flat spines, which create the impression of a mask or bandanna tied around its head. Its eyes are light purple with slit pupils and there are several tooth-like protrusions along its upper jaw. Each foot has four pointed toes.

Salandit is found around volcanoes or arid environments. From the marking at the base of its tail, it can emit both a toxic gas and flames. The gas is created by burning body fluids and has a sweet odor that causes dizziness. However, Bug Pokémon are attracted to the scent and are common prey. The female can also release pheromones that attract males of all species, including humans.[1] Additionally, these pheromones may cause opponents to be controlled by this Pokémon’s will. Because of this, male Salandit offers its food to females, leaving it malnourished and unable to evolve. While it is not a powerful Pokémon, it is able to unbalance opponents with its cunning techniques. It does have difficulty with Spinda, since that Pokémon is already off balance. 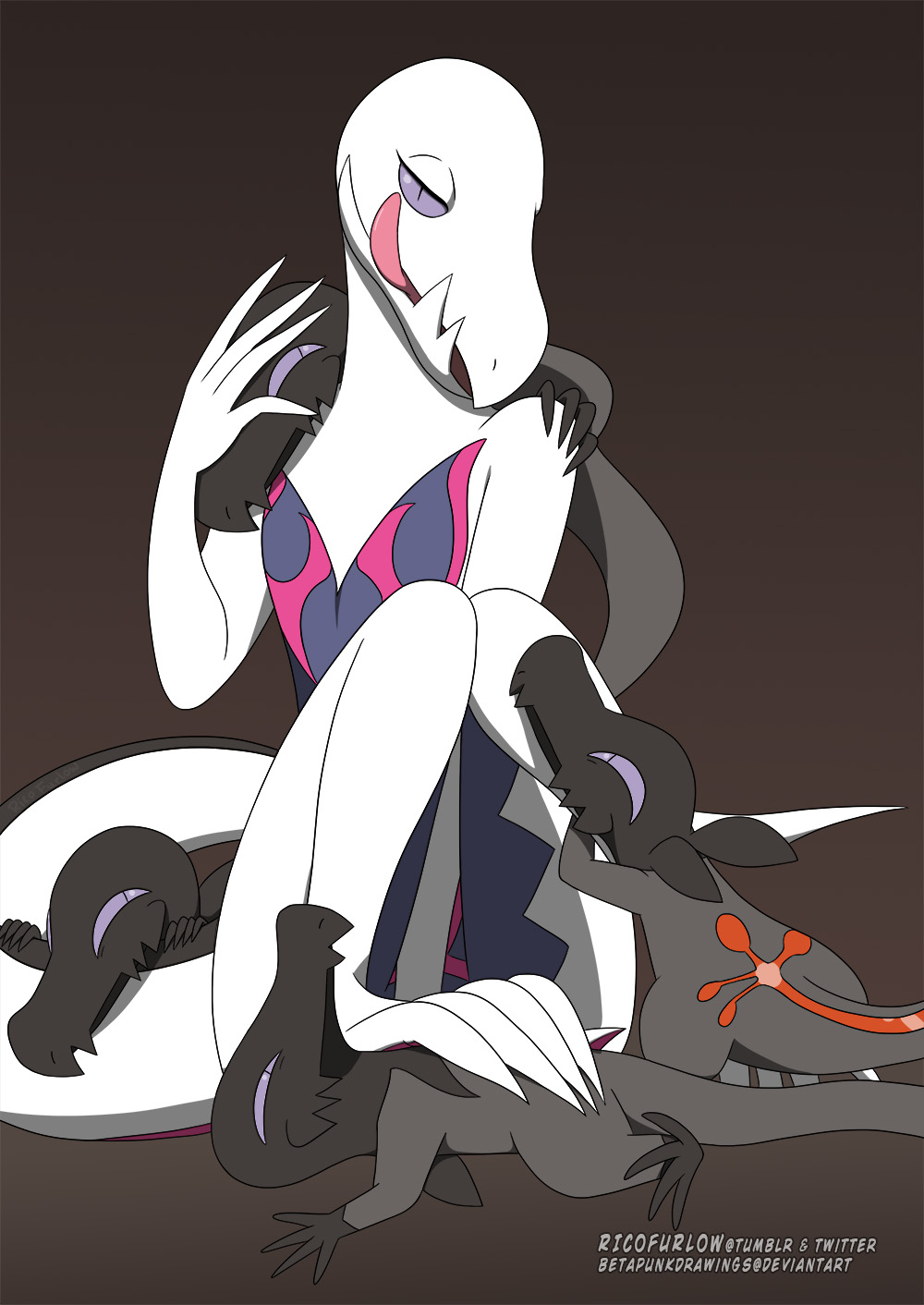