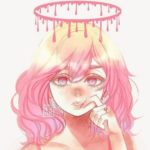 I make lot’s of diffrent OCs(Original Character) so just let me know which one you want to RP with.
I’m not sure if this is the get to know me section or not but whatever…

A variety of things, come check me out

“What are going to do…..we failed..again” One of the scientist sighed. The other was silent, “M-maybe we could-”

“It’s over! Okay! It’s done! There’s nothing else, creating an alien weapon was a stupid idea to begin with!” Heels clacked on the floor, “Ahime Yui…” A women who goes by that name bust through the doors. “Why use that body to help with the construction of a real living one.”

“Why are we trying to make aliens anyway!? At least try to get into contact with them now that we know they exist!” Yui and the other scientist, Charles, paid the ameture no mind. “Are you saying……wow.” Charles sat down, “I never thought to use reproductive cells…But wait! All of the subjects die young. How are we supposed to bring a single egg cell back to life and then care for it until it ripens. ANd dear god! If it bleeds?!?!?” Yui flipped her hair nto worried in the slightest. “Everything will be fine.” she said.

“009(Nine) sweety~ Eat now.” The alien girl of only 4 years old could lift cars, sense heat, and see in the dark. She had a tail, big red eyes, and two eyes on top of forehead that she always keeps closed. The alien girl chirped and walked away. Scientist Yui laughed, “See after all this time she shows no interest in liquids of foods. There’s a lot we need to research~” Doctor Yui smiled at her superiors who very pleased with ‘her work’ the alien girl she made ‘all by herself’.

Soon after Yui’s superiors began pushing for and more info and data on 009, her treatment went for livable to insane. Constantly being cut open and poked with needles. They tortured her to see how fast her regenerative ability kicked in, they would stab her and drop objects on her to test her durability. 009 chirped sadly as she limped back to her room, she huddled up in the corner shaking. A man tapped on the glass and 009 smashed it with her tail as a reflex. “Come her love, I’m going to get you out.” It was Charles, who was quite angry about not receiving any credit, realsing 009 would be his payback. 009 came willingly and followed him off the base, though the second Nine stepped off campus the alarm sounded. Charles cut off her ear where the tracker was and told her to run. 009 was confused and chirped, “Go! Now!” She turned and kicked off, running at 60 miles per hour. It’s been one week since she’s left the lab….

Love Interest/Sexuality: She doesn’t know yet, she doesn’t even know what love is

Quirks/Powers/Abilities: She has super strength, a tail that’s 20 feet long, can see in the dark, sense heat and movement, has 7 senses

Her Real Name Is: Aka Miu

Aka Miu: She has nothing…