Domain: The Sin of Wrath

A Giant Demoness fueled by Wrath

The long and short of her story is that Plutonia is a Baroness of Hell. Well, her Hell anyway. In the grand scheme of the Infinite Hells she no doubt only plays a small role, but regardless she is among the nobility of the infernal. In her home plane she holds domain over the Sin of Wrath. She and her domain of Hell grow in power with every act of violence and every feeling of wrath felt in connection with it.

While many beings of her power would use their aspect to wage war and destroy other planes, Plutonia prefers to oversee her realm from a position more fitting of her position. After all, with eons of war, hate, suffering, and inequality across the different realities she already has a buffet of options to keep her Hell fueled well into the heat death of many universes to come.

So why manifest herself in the mortal realm to begin with? Why to help encourage the mortals in their quest for self destruction of course! She has no interest in picking sides or winning battles, only in making sure people kill and ravage and maim each other as degenerately as possible. The more heart-stoppingly gory, the better! After all, so long as the blood is flowing the source does not matter.

And besides, if she finds herself in a position to commit her own murder or broker deals to ensure humanity’s murder worship goes on as it should, so be it!

In both her Mortal and True Form, Plutonia takes the appearance of a woman just under 30 years of age with a lithe yet muscular build. Her skin is a light tan color, and her hair is a rich red-brown. Her eyes are scarlet red in tone, accented by her apparent resting bitch face. Her lips and eyes seem to have a natural shading to them even without makeup.

In her Mortal Form she stands about 6 feet tall, and for all intents and purposes appears entirely human. Her outfits can vary wildly depending on the mood and situation as needed, ranging from band tee shirts and ripped jeans to flowing ball gowns and even kilts. 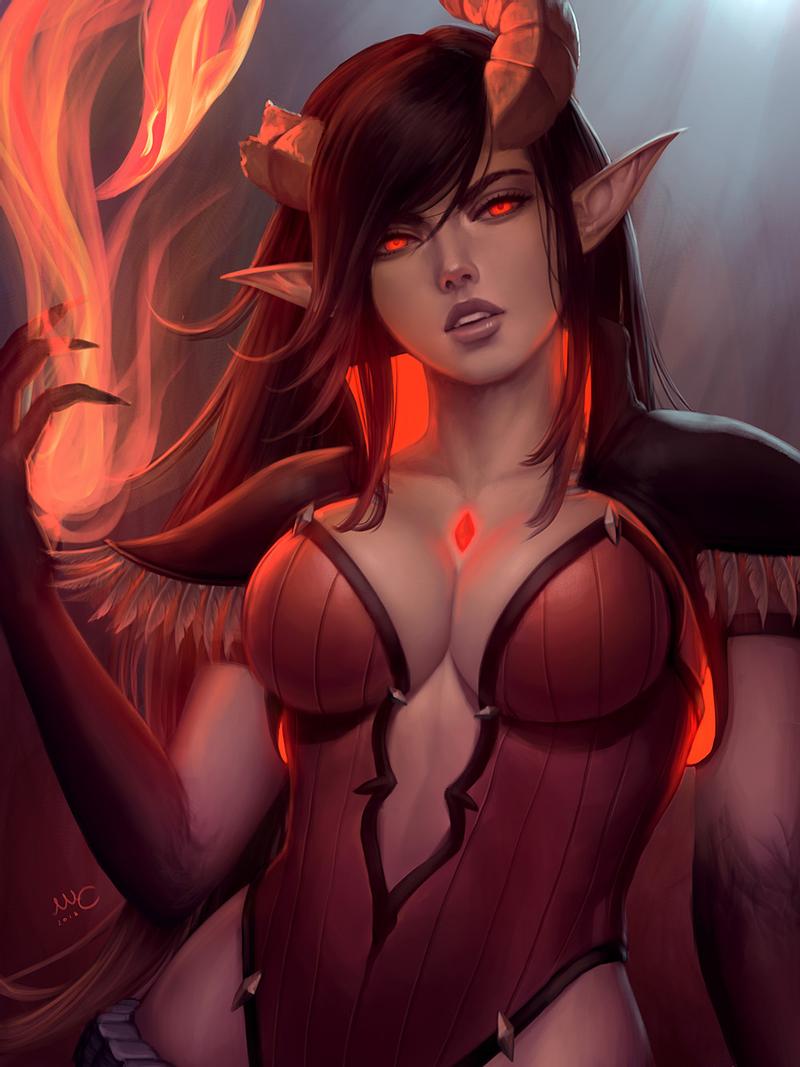 Her True Form is as enormous as it is imposing. She stands 20 feet tall, not including the massive horn and a half on her head. Her right horn was broken in the battle that led to her crowning as a Lord of her Hell. Her hair takes on a distinct simmering glow, and her eyes glow a savage ionized red. Her ears come into long points, and her smile is framed by a pair of massive 12 in fangs. Her fingers end in massive black claws. Enormous leathery wings sprout from her back, spanning about 20 meters when unfolded

Her attire in her True Form is typically one of 2 outfits.

Combat Form is similar to a fantasy barbarian. A revealing mix of plate and leather armor forms her bustier, with spiked bracers and pauldrons  on her arms and shoulders. She wears massive black plate boots, and has a savage kilt wrapped around her waist woven from a mixture of flags from conquered nations and the skins of her proudest kills… both animal, and humanoid. 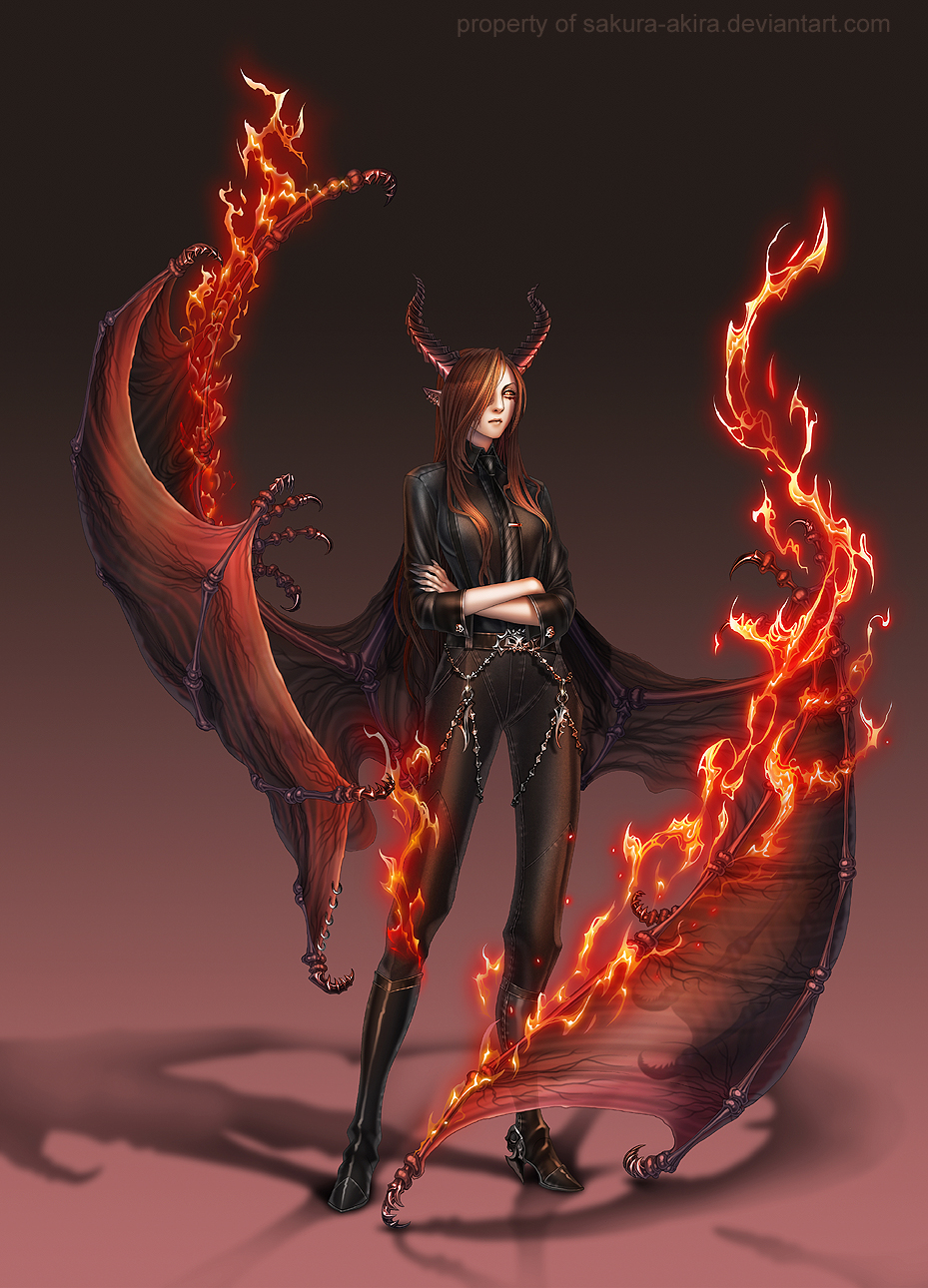 While indoors, Plutonia will often don her True Form’s casual attire, but maintain her “normal” 6 foot human height and a more modest wingspan of about 21 feet~ (6.7 meters~).

Plutonia uses many weapons that can be summoned from across time and dimensions. Any instrument of war can reasonably be hers to command. However she has a distinct preference for big, powerful weapons with an imposing presence. Depending on the situation, mood, and the form she has chosen these can range from great axes and claymores to rotary cannons and even howitzers. Most of her weapons have an extra demonic touch and are designed to leave extra destruction in her wake, almost invariably with incendiary results.

An ever obedient servant in the darkness.

As long as blood flows, the source does not matter.