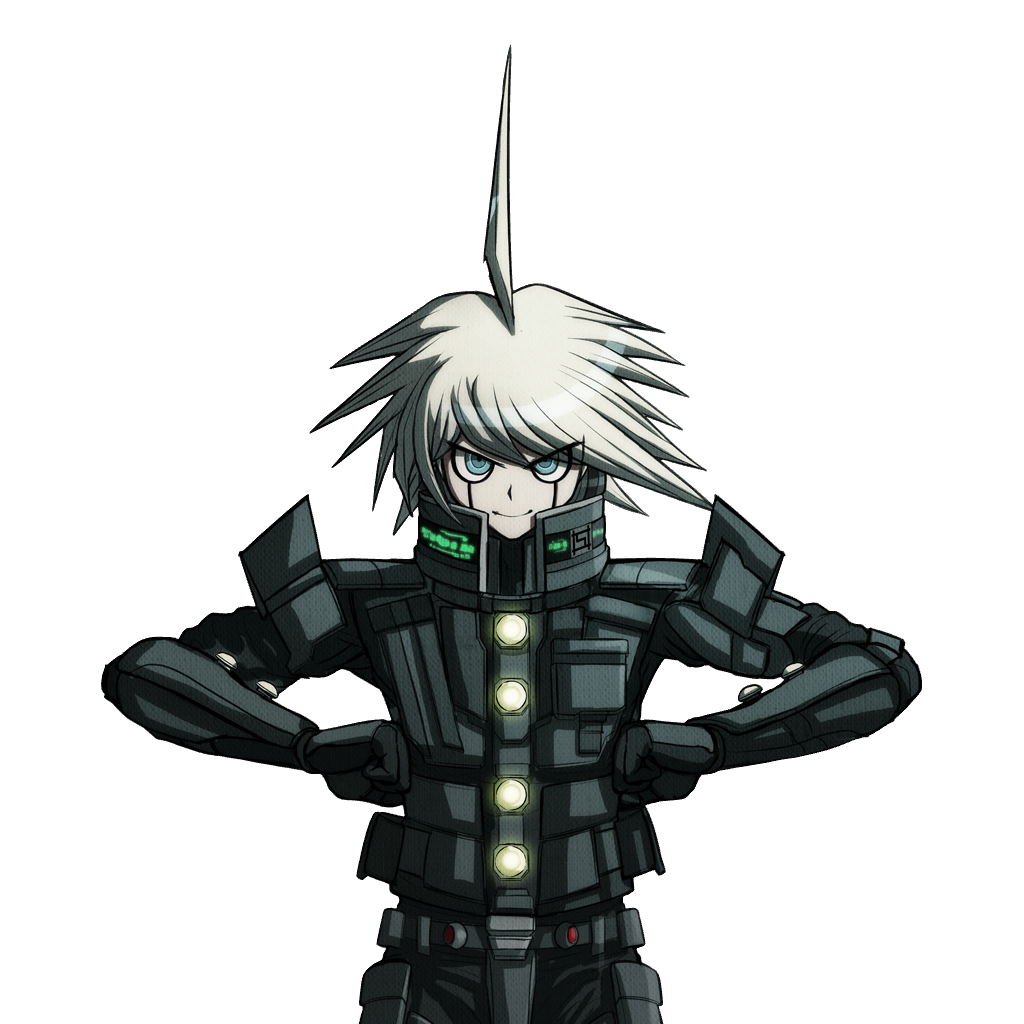 “You are asking what my origin is, and my purpose being here, yes? I do not appear to have a lot of data on my origin, ‘It draws a blank’ is the closest phrase that describes my situation. My earliest records are of my containment pod crashing into this planet. It was quite the shock! So much information at once!”

“As for my purpose, that objective has been deeply engrained into my circuits, indeed it has! I have been sent here by my creator to ensure peace and prosperity for all peoples of this planet. This mission includes saving those in trouble, fighting evil-doers and aiding in day to day problems of all citizens currently living on this planet, and to make sure those who come after them will have a future. This generous action has been performed by my creator as a response to the recent events that have this world at its centre. My creator determined you would need help, and so I was constructed to be that help.”

“I will complete this mission to the best of my abilities, yes I shall!”

“I have been made to the exact specifications produced by my genius creator, there is no fault in his design to be found!”

‘Hero’ Type Robotic Persona Model XJ-0461 ‘Hustle’ has been designed with a humanoid shape in order to better fit into multiple communities and social groups after the observation was made that humanoid was the most common build. Its height is 5’5”, this was thought to be of an average height so as to not seem intimidating but instead approachable. The same thoughts were put into its facial features, presenting an almost ‘cute’ look with large blue eyes and pale skin. Note: Hustle’s epidermis is designed to have a soft outer layer to replicate flesh. Its large amount of hair consists of extremely fine, dulled metallic fibre and is capable of tapping into and receiving signals.

The Hustle robot’s chassis, including everything below and including its torso, is a tough armoured shell to ensure the more sensitive circuitry and technology is preserved. This form is capable of emitting thrusters and small laser pulses from its extremities for rapid threat response before a more suitable form is selected.

“That is a complicated question, but you would not have asked if you did not want to learn, yes? My ‘inventory’ would in this instance mean the things I can produce from my person, correct? In that case, then I will have to answer with the words ‘almost anything’! They are the closest that describe my particular circumstances.”

The robotic brain installed into the Hustle robot’s head is one of a kind, equipped with numerous functions, with its capabilities of data collection, analysis and adaptation are unprecedented. With these exceedingly powerful functions at its disposal, they are brought together in its ‘Spontaneous Form Creation’ ability. The secrets of construction that allow this ability, what seems like almost a hybrid between technology and magic, have never been divulged.

Hustle is capable of on-the-fly constructing an exterior robotic shell around its existing body with a specific function or speciality. These Forms are based off of blueprints stored in its cranial unit and are subconsciously devised to adapt to different situations and circumstances that the Hustle robot is experiencing or has been through in the past. The development and rapid switching of these Forms allow the quick response and adaptation to any threat the Core might face. However, the creation of new Forms is limited by the Core’s current level of technology, for example, the Hustle robot cannot evolve a Form with plasma-based weaponry when it only knows how to construct bullet and missile-based weapons. With its highly capable powers of analysation it can however scan technology new to it and replicate or imitate it in order to upgrade existing Forms or create new ones. All these abilities are based off of an esoteric piece of machinery dwelling inside Hustle’s chest, a Heart Unit. When Hustle uses too much of its power it must shut down and undergo a period of charging before it can fight once again.

"That I cannot fail, lest I bring shame on my creator's name!"