active 1 month, 1 week ago
Just drink a gin or something, and chill out. View

More often than not we become victims to our internal prisons. Our dogmas. And they manifest into something we cannot even see, nor admit – our delusion. And once reality comes tumbling in our lives, we break like little children, as this truth that we had held onto for years and years, crumbles before our very eyes. This truth now appearing, that we essentially matter nothing. And you are just as equal in our sins as I am. To tell you something of value, truth was what you made. In reality, rock is a rock, no matter how you touch it.

Who were you before you were born? What is your reason? Imagine being creation of yourself. Such is Asa. Despite that question unanswered, would you move on to tap into the story that is this man.

Some say that one begins from birth. As of known stories, the first comes from realization. Formation of an individual comes from self reconstruction. Realization of self-being. Such was the case during the war of The Crest of the Fallen was ongoing, where after a battle and defeat, within darkness and in the face of primordial deconstruction, the man was awakened by an outcast mermaid named Chyrsa. At the top of an iceberg above the dark, vast ocean, the naive technomage had formed himself, letting past settle as it was. Now faced with tremendous knowledge, and quest of the one fundamental reality, not truth, of the world, the man visits realities such as this, in order to achieve the truth, that may finally complete the never ending chemical reaction that is life.

Fair gray suit hidden in a black bullet proof vest. Solid hair-style. The definition of ordinary.
A perfect depiction of Asa releasing near perfect defense mechanism, based on air manipulation on molecular level via usage of air elemental/golem. 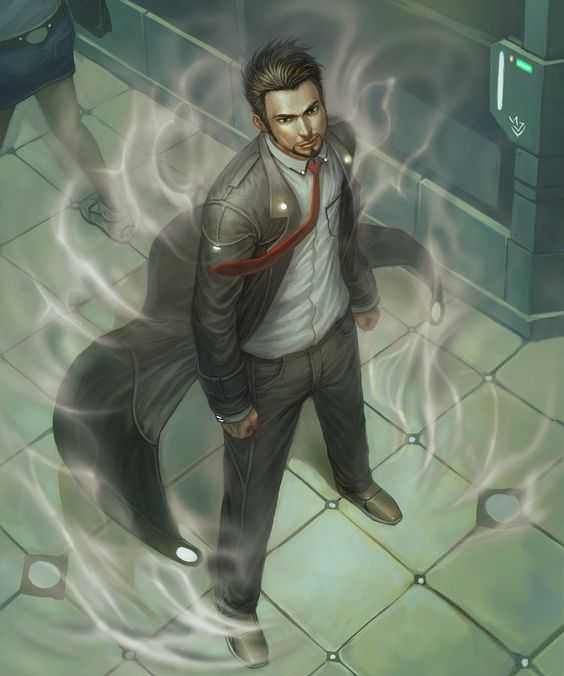 Inventory is a relative term, as progression with introduction of magic is vast and limitless, caged only by the personal will. The greatest arsenal of course being knowledge of complete manipulation of elementary particles in a coding-like manner, which came with decades of practice. However with the introduction of passing the underlining fluctuations of events and their horizon, thousand years could as well fit in a second. The set is simple. You do not wish to fight this man as he will not wish to fight you. Of course, his knowledge is accessible, but how to get to it, and how to obtain it remains to the one who reads this.

we fear what we don't understand.