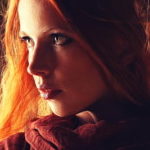 They call me the lioness with a wave of anger burning inside of her, somehow, how do I let that anger go? It must go somewhere because that is all I have to offer. I am a native of a world where only shapeshifters call their home, that is all I know. Every shifter of every flavor lives where I hail from. It is known as the Realm of Solishia, a very large Archipelago was formed by natural disasters. Islands started to cluster around the mainland so that more shifter species can adapt to the environment. You got to know how to play the game, understand it, know the nature of your beast soon as you are born, that is what mother and father once taught me. Since my flavor is lion, I have earned a place to be the voice of reason. Lionesses in the pride I come from recognizes that a voice is heard, it must be, the males just sit around most of the time doing nothing, but they can be rough when the time has come. Our people live in the wastelands surrounded by craters, plenty of housing that was created by the dust and sand from our lion shifter builders who wanted to make sure, every lion shifter who doesn’t already have a home could come to live in the city known as Desulon. Desulon is home to the lion shifters, but there are sections for each lion born of their prides of every bloodline. Not all of them were born in prides as their nomads. Nomads live in a section of the town in an area where they’ve begun to learn to live without any pride to call their own. Other shifters such as the wolves remain on the largest island, the forests and woods are plenty there, while other canine shifters also live alongside the wolves as it is canine territory while the medium island is feline territory. More shifters live on the other islands that surround the canis isles, the largest island, so who knows what fellow shifter I’ll meet along the way. I cannot stand too far from my people, lions pretty much expect those to watch themselves when traveling because of the tight bond we all have.

Male lion shifters try, try, but they fail in the long run. It's going to take guts and talent to claim me during mating season for lion shifters.

Single. I am difficult to please

I was born to a pride known as the Masquerade Pride. It’s a pride where spying and concealing our identity is very high. Most of the time, deceit and learning to speak using our charismatic abilities becomes our primary skill. The lions when shifted have brownish red fur, the males don their mains that is mostly beige. Lions of the Masquerade Pride can deceive you, they may pretend to be someone or something their not which is part of their charm. One says, everyone wears a mask, that is until they or someone reveals the secret beneath the surface. I was a beautiful daughter, born to a male lion shifter and a lioness shifter who both adored me. Yet, I have at least 4 siblings. I am the oldest of the five of us. My brother is Halten, the second oldest, the third oldest is my sister, Chryssa, while the youngest of us are Makena and Akeakamai(Our two baby sisters). There was a problem, for I am the one who gets angry real quickly without warning. A lot of people fear me due to my nasty temper. My claws are sharp and the tongue is ever the sharpest if my claws don’t do the work. I don’t seem to get any male suitors who would not dare to be my chosen mate. If he’s able, I am certain, that perhaps one day, he will learn to tame the inner flame. If he’s the one who never gives up.

Raxina has shoulder-length red hair, she is sort of petite with a height of 5’6 ft inches tall, and cheekbones are perfectly aligned leaving that, despite her temperative personality, she is indeed really gorgeous. In lion form, her fur is a fiery red mixed with a hint of brown, the eyes are amber with a mix with gold to give off that inner nature she deals so well.