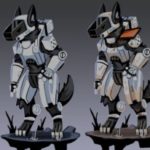 They are more sophisticated than the average furry and have many uses. They can also change their limbs and tail for other purposes, such as flippers for aquatic exploration as an example (see section below). When some Protogen are shot they are prone to overheating and, on a rare occasions, explode in a small blast radius.

The appearence of a protogen’s head is more rounded than a Primagen. Beyond having organic ears, other differences from Primagen include that it stands more upright and it‘s more organic. It’s torso has some mechanical parts as well as organic fur around it. The legs are can be thick or thin. All the body parts except the torso and head have a “plug ‘n’ play“ feature where they can replace their legs and arms with many different types, including aquatic and more to work in many situations. It’s facial expressions are still shown through the helmet with LED lights.

Protogen, as the Plug ‘n’ Play feature mostly suits them for traversal, are armed with handheld weapons. With high power they usually only use pistols with the occasional scope, but a Plug ‘n’ Play alternative would be a right arm wrist gun. Other options allow for assault guns that high fire rate but low power and vice versa. And last, but rarely, snipers guns with one or two scopes allow for fights over long ranges.

Sometimes there are pistoleer units use rectangular shaped auto sheilds that open up for increased protection. There are even more rare usages of a heat field that ejects a pulse that overheats more technological guns, but the reason it’s rarely used is because it can’t be tuned to overheat certain guns and, if strong enough of a pulse, Protogen units themselves. 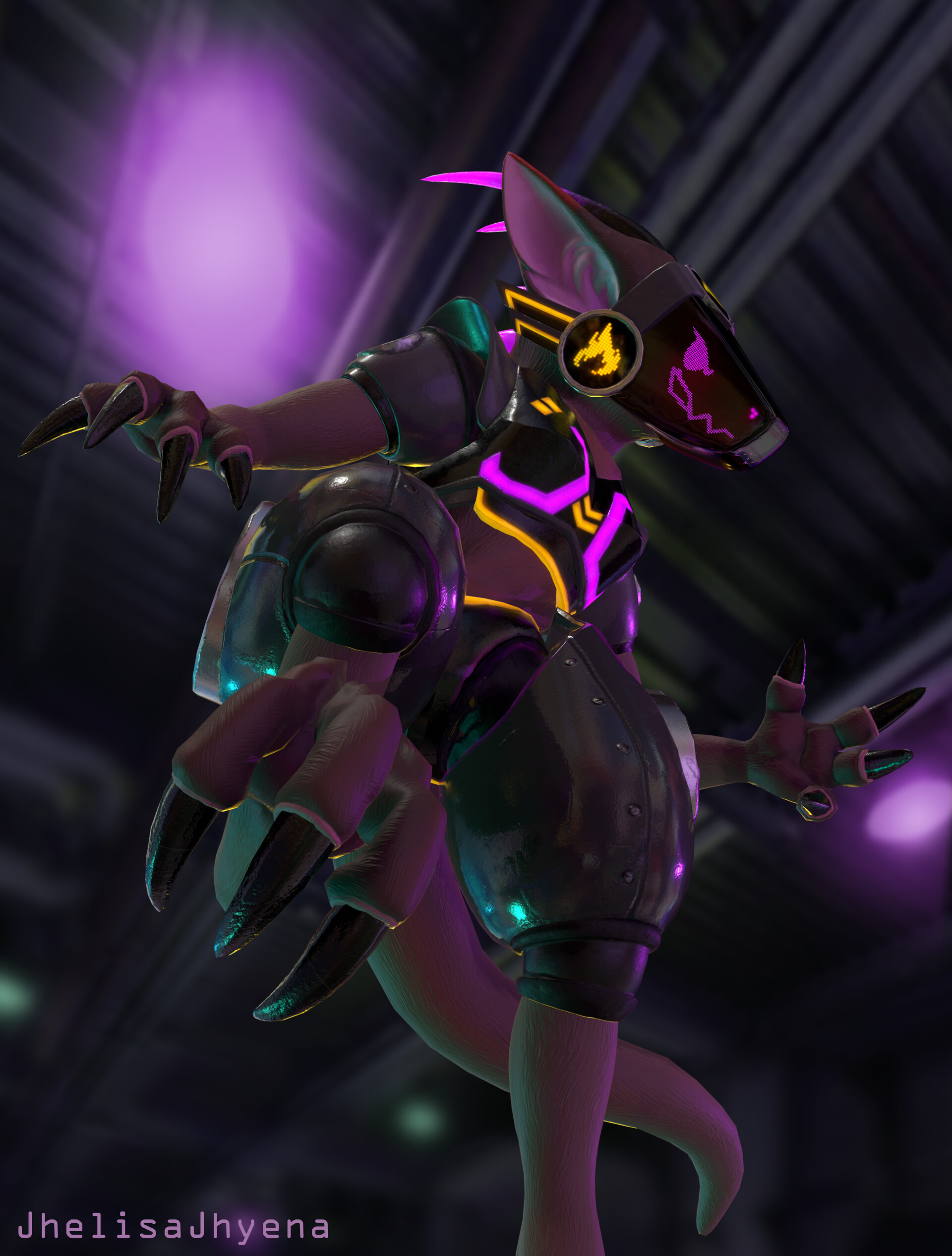