They must find it difficult, those who have taken Authority as Truth, rather than Truth as Authority. 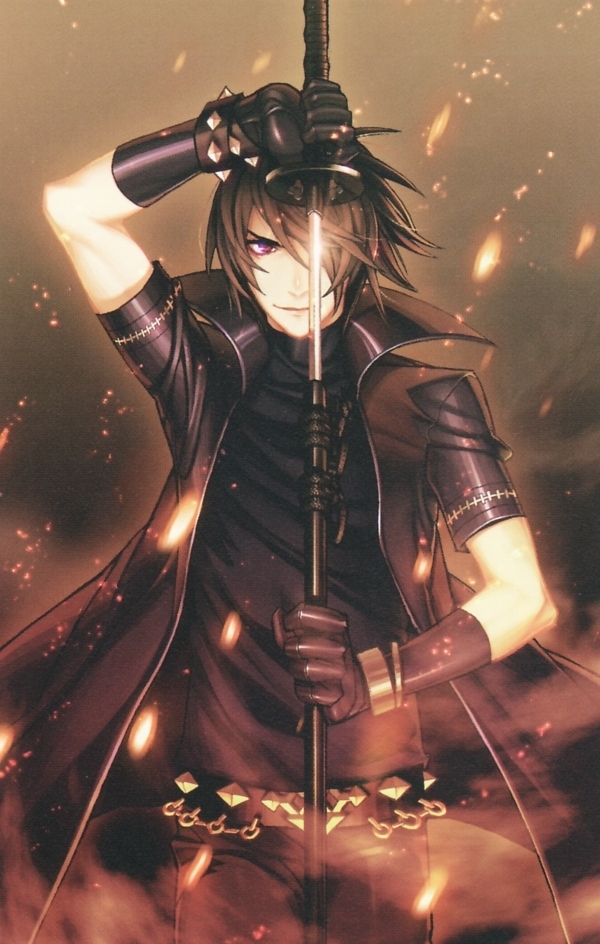 Judas was once one of the Twelve Disciples of Jesus Christ. He believed in his lord, and that he could change the world for the better just as all of his comrades did. But while Christ was the son of God, Judas was only human. Like the others, they could sense that something dark was coming, that something horrible was going to happen. But their Lord only smiled and continued to Preach his message, content in the devotion and loyalty of his people. In the end, the pressure and his own dirty, sinful greed caused him to betray the very voice of his salvation, his lord Christ. When he accepted those thirty pieces of silver to single out his lord with a kiss upon the cheek to the priests and Roman authorities, he sealed his fate. After that kiss, when he looked into the eyes of Christ, he didn’t see forgiveness like the stories say. He saw betrayal, raw and pure. A single touch upon Judas’ cheek would curse him forever. That was the beginning.

What no one outside of Christ’s disciples ever came to truly realize was that while he was the son of God, Christ was also human, else he would not have been able to be sent down in judgment of the human race. He put up a good front during his bloody trials, but inside, he was seething. His devotion turning into a dark, boiling hatred. Judas could not take the weight of that hatred, the darkness he felt in that touch. He returned the silver to the priests in exchange for a field and privacy. He found the highest tree and the strongest rope, tying it around his throat, climbing the tree, securing the rope on the thickest branch, and he hung himself. But he didn’t die. The rope rotted away after only hours and he fell to the ground, his bowels bursting from his body. Still, he did not die. He rose from the field, arms clutching his innards, trying to hold them in as he drug himself to Calvary Hill and stared upon the desecrated body of his former Lord. 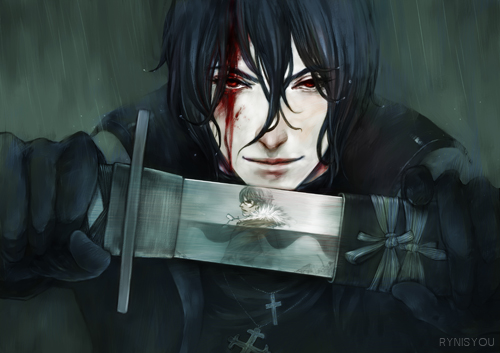 He didn’t see forgiveness in those dying eyes, he didn’t hear words of prayer and salvation. He saw hate, and he heard curses of eternal damnation. And those eyes met his own, and he knew fear. When Christ was speared in the side, Judas felt the sting of his blood and fell to the ground screaming. Not in sorrow like many there that day, but in pure, unadulterated pain and searing agony. He no longer needed to hold his innards in, for they returned to his body of their own accord, and with them a hunger so great that he rushed away from Calvary Hill. He hid himself away crying tears of pain, of sorrow, of fear, of confusion. What was he? What had be become? It dawned on him, the truth of what had occurred. People would go on to say that the blood of Christ washed away the sins of man that day, but the truth was, his blood would drown man in the darkness of their own rotten souls forever more.

There had always been hellish creatures, descended from those who were cast from heaven, but the world didn’t know true darkness until the demons and beasts born of Christ’s hate burst from the human hearts of those affected that day. Judas was the first of these creatures, and the only one who truly understood. He had become the first pure blooded vampire. His body was strong, but he hungered for the blood and flesh of others. He slaked his hunger on the priests he had given the silver to, massacring them and taking back the silver, keeping it with him always as a reminder. Even though it burned his flesh, cursed with his betrayal, it would not kill him. However, the other cursed unaware of the true reason silver affected them so. He slaughtered the guards who had been present that day, taking the spear of Longinus, the nails used to hold Christ to the cross, as well as the crown of thorns from his lifeless brow.

He murdered those who had tortured and whipped Christ for sport, taking the weapons used against his Lord for his own. The only ones he left alive from that day were Mary and the Lady Magdalene, and all those who had mourned the loss of their Lord, the only ones protected from that curse. Once his work was done, Judas left Jerusalem and vanished, never to be seen again. In truth, he still walks the earth, cursed to live forever as a demon hungering for blood and destruction, doing what he can to atone for his sin, the greatest sin.

As the first pure blooded vampire of his world, Judas was afforded many abilities along with his curse of hunter. Even though Christ had turned to hatred in the end, he was still the son of God, and thus divine blood still ran through his veins. Because of this, Judas was able to wield both divine, and dark curse energies, even able to absorb both and change one to the other at will, creating a fluid balance between the two within him. Though things like light, silver, and items covered in the blood of Christ could hurt him, they could not kill him, and so he made use of all of these things. When he drank blood, depending on the type of blood, or what being the blood came from, he gained different types of abilities. When he drank enough of this blood, those abilities became permanent. Thus he traveled the realms hunting, killing, and devouring wherever he walked, gaining more and more abilities over the millennia. He melted down the silver he had taken back and melted them down along with the weapons used harm Christ, and enlisted the services of Hephaestus himself to forge him tools and weapons out of those items, including a cross that always hung around his neck, and a sword he used to slay his enemies.