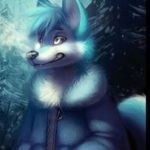 “wanna have a bad time?”

Sans appears as a short, paunchy skeleton with a dimpled smile, large eye sockets, and perfectly aligned teeth. He wears an unzipped blue hoodie, a white t-shirt/sweater, black shorts with white lining, and a pair of slippers.[1] He has white pupils that disappear when he is serious or angered. When Sans uses telekinesis, his left eye flashes light blue and yellow, the colors for patience and justice, and his right pupil disappears or he sometimes takes the form of a wolf version of himself..

Personality
Sans is laid back and flippant, often sleeping on the job and taking breaks. His laziness is a combination of fatalism and apathy. He wonders if his indolence stems from his knowledge that any progress he makes will be erased when the timeline resets. Conversely, he suggests that this knowledge could be “a poor excuse for being lazy.”[2]

Though Sans is usually agreeable, he becomes eerily serious at particular moments. He is also observant; Sans reads the protagonist’s expressions and can often tell when they have already done certain tasks. He enjoys making skeleton-related puns and the fact that he performs at MTT Resort hints that he may be a talented comedian.[3] He enjoys science fiction and loves to drink ketchup.[4] He also hates making promises.[5] Sans also seems to have a vengeful streak, as he will kill the protagonist in the Genocide Route if the player kills Papyrus.

Sans may have a scientific background. Evidence includes the quantum physics book, workshop, his relationship to Alphys,[6] affinity for science,[7] and his timeline research.[8]

Abilities
Sans can quickly travel or teleport using what he calls “shortcuts.”

GasterBlaster.png
A “Gaster Blaster” that Sans uses in battle.
In combat, he uses “Gaster Blasters,”[9] devices that resemble a skull, to shoot large beams. Sans excels in combat and fights with unique abilities that include: KR, applying directional forces directly upon the protagonist’s SOUL, and attacking the protagonist in their own selection menus.

SansTrombone.gif
Sans playing a trombone
Sans also plays the trombone, though he is only seen playing it once while the protagonist is dating Papyrus. Papyrus also finds his “incidental music” annoying, implying that he has played many times before.

Like other characters, Sans is aware of when the game’s code suffers bugs and calls the protagonist a “dirty hacker” if they achieve an impossible ending of a Neutral Route.

AT
1 (No invulnerabilityafter being hit, damage is converted into KR)