The Captain called for all personnel to report to the bridge of the Mach Unit Black Brigade. That entailed for usual bullshit… What transpired was not usual bullshit…

Instead, not only were the fifteen crew members told to get to their personal pods that were mounted on the flank of the ship. Captain Teddy, as he was called by his crew, said his final goodbyes to the crew as they left the bridge, every single one of us confused as to what was going on.

Well.. Here to find out, on my way down to the engine room to grab a few tools I had lent to Kit, I noticed that Kit was missing. Completely. Even from the meeting. And what chilled me was that persistent dinging noise that echoed in the room. There, in the center of the usually spinning monstrosity of the heart of the ship, a piece was flashing red.

So, in my hurry to get the fuck out of dodge, I went to my bunk, packed my bag up, and headed to the single use pod. I had only joined on the crew two years prior, picked up off the floor of some desert disgusting planet in a bar, and drug onto the ship. Apparently, my skills were “useful” for the ship.

Not only did I have some enhancements added to the sliver of silver microchips behind my ear that allowed me to process and download information quickly, I had my eyes enhanced. All for the single use of seeing colors I couldn’t see before. Yes… before you even begin, colorblind. I know, I’m a Tapper who’s colorblind. Sue me.

But… those enhancements came in handy. I could see three layers deep on walls of wires and motherboards. It made it easier to follow lines that you would have to pull four layers of aluminium off away to see the second layer.

Then again… I was good with a gun. And a soldering gun too. I can hack into systems, and- hah… I hacked into the captains once. Had the same series of beeps go off for nearly an hour before he came on deck flipping every single thing he could. Oh, man.. I got in trouble for that one! Ah- well..

Recalling briefly, as she buckled into the seat, and set for a quick get the fuck outta here coordinates, there was an issue about a week ago with Kit… Something about infiltration, but, it was only a rumor that didn’t go far. Unless… it was true. She wondered if they space vac’d him.

Well… “Fuck… Alright. Fuck him, and fuck this.” She slammed her gloved hand down on the launch button. It didn’t matter now, the small pod had a working system to filter and create oxygen that she had made herself. It was her personal pod anyway. Why not deck it out with the bells and whistles?

The pod was designed inside to have three lockers, side by side, a single folding door upwards that rolled, to reveal quite the arsenal. One she paid quite a few credits for to have. And some.. well.. we won’t get into that.

Off the ship went, launching into that black space. It was an easy ride… hours… she had unstrapped herself, but, as she stretched and fixed the red bandana she wore, her hands reached up to hold onto the bars above her head. A fucking black hole???!!

No. No fucking way!

She had seen black holes before, and this was not one. It was purple, and red, and swirled. “Not a black hole- not a black hole!!” She jumped into her seat and tried to take control, but… The ship wouldn’t respond. “Come- on- you- piece- of- SPACE JUNK!!” She bashed her fist into the console. Nothing worked.

Closing her eyes, she went into it, holding onto the console for dear life. Bad move on her part though, the ship began to flip, and she wasn’t buckled…

Well, can ya' lift me to those wires there? Then we're good, man… we're good. 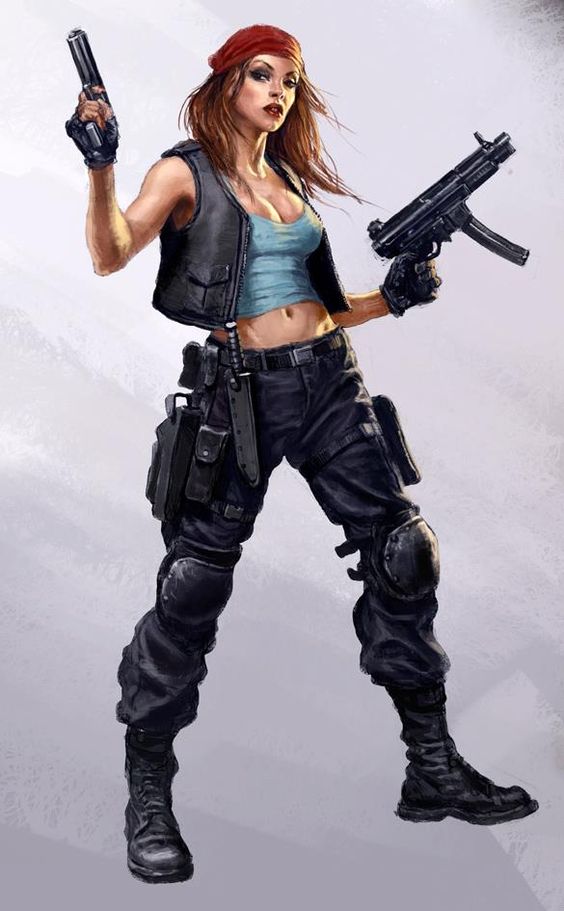 What’s in the pod ship…