Mother and Father
Rulers of the Fey Kingdom
Forever in love, forever divided at least, before they were married at twlight. Now light and dark, summer and winter. The elements of the Kingdom intertwine.
Family/Parents theme: Home Again by Blackmore’s Night

Personality: cold and blunt, which shrouds his true personality.

His Past: First born of the ruler of the fey kingdom, he was betrothed to Aurora Dawn. A young noble of sharp wit yet a tender heart. He is the night and she was the dawn, a they couldn’t have been a better match. He would slay the great jabberwocky for her, if she wasn’t so fond of him. Only Lady Dawn could smooth the cold wrath of her husband, and only he could truly love her so deeply. They had fraternal twins, a boy and a girl. Sadly, the land of the fey were not of enemies. Envious of their happiness, and unknown enemy snatch away their children. Driven by sorrow, Lady Dawn flew to the sky locks herself away into the moonlight, in hopes one day to find her missing children from above. Ronno, sinks in despair yet, he did deeply enraged by the mere thought someone was able to take his family away. His broken heart now seal away by darkness. a endless gloom that effects everyone, even to those he holds dear. Now he only now the shadow of the moon, a shadow of his former self. Only their love for each other remain, alas he could only love her from afar for stays within the moonlight.

Likes: Anything cold, spider webs, all elements of nature, displays of chivalry, anything shinny, and aerial ballet.

Dislikes: politics, needless bloodshed, being commanded, abuse of substance, mental, physically abuse. Staying in one place for very long (She is a very outgoing lady fey.)

Her Past: Second born, she is the middle fey of two brothers. She once was, in a matter of words for her mother is queen, a Ice Queen. Locking away all emotions, she once feared if she show any emotion in court or around other fey, they would use her emotions to control her, her family, if given the chance. Worst fear what if such harm of what happen to her oldest brother Ronno, happen to her? At this time, her element had yet to revel itself or as her parents told her, yet to bloom. Her eldest brother, element bloomed the moments he was able to be aware of what night. Of course she knew different types of elements yet, none of them to bond with her. Controlled by the whims of the court and over-protective eldest brother, she flees into forest. There she discovered her family kept a secret, one that could destroyed them all. She was immune to the cold, they knew this ever since she was born during a blizzard, so wild and untamed even the ancient fey were amazed by it. The storm began when her mother was pregnant and ended once Faline was born. The glamor spell that once concealed her element was now set free.

Likes: Any game, adores annoying people or pulling pranks, taking the form of a fox or sparrow. Women, flirting (including personal moments), dancing, parties, secretes. Anything regarding nature, especially summer.

Favorite Food: Wild berries, more colorful the better. Depending on his mood, will depend what berry is his favorite. Blue berry= relaxed. Raspberry/strawberry=excited and cheerful.

The youngest of three siblings he is well known to be a trickster, taking a form of a black fox with a little help with the color from his eldest brother. He fool mortal men into thinking he was their worst fear. Samuel would cry out, ride on gallant huntsmen! When I must come again, for you shall never want for a fox, to chase all over the glen!! Once he was done chasing and laughing, Ronno and Samuel would laugh till they could no longer breath, alas that was before Ronno withdrew himself from such joy. What happen to his brother, losing not only his daughter and son, also Ronno’s wife gave in to despair and lays within the moonlight. Unlike Ronno, Samuel had a different way of dealing with sorrow. PARTY! TRICKS! Any amusement was good amusement, no matter whom he may hurt. Later he may feel guilty yet, he often withdraws to a book when he feels to weary to play games. When he was born his parents were thrilled, alas they did not have to depend on each other to defeat Faline if she ever choses to be against them. Nonetheless, a battle between summer and winter could tear the fey kingdom apart, so Ronno was urged to help keep peace between them. Oh how annoyed he looked to be left in charged of Samuel yet, he didn’t seem to care for Faline. A mystery to all expect for the three siblings of the king and queen. Dislikes:  needless bloodshed, being commanded by outsiders, abuse of substance, and being told to chill out.

Favorite Food: jewels and anything that has a burnt taste to it.

Quick Facts: Her race is Vita-agni-igneous, which means live fire rock. She can take on 3 forms. Her primary form a horse, human, and a hybrid of both yet still has the DNA of lava and rock. 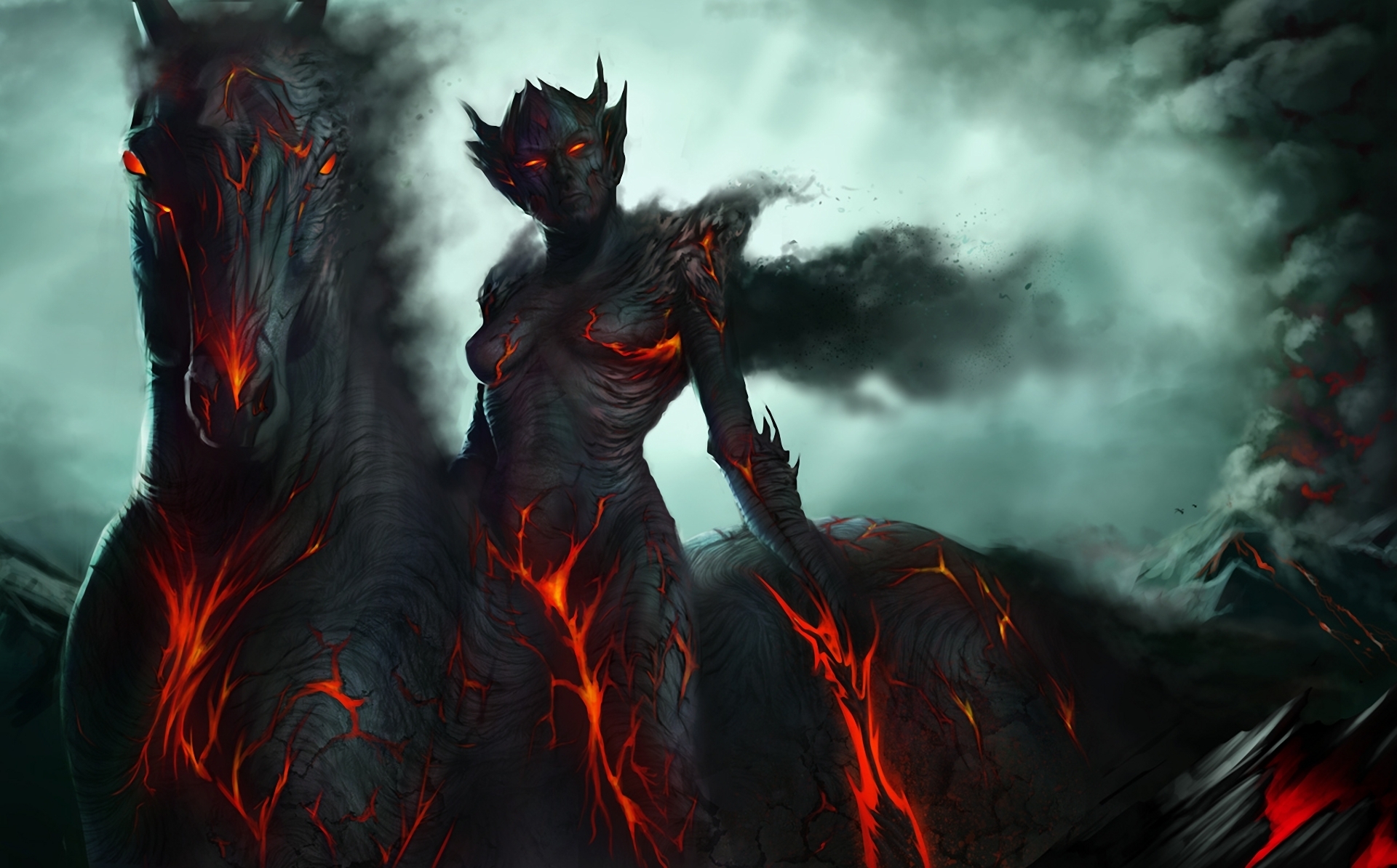 Captured as a young filly, lava beast of which was born into a form that many Terra humans know as a horse. By no means, Nova is not a Terra horse, she is a creature from the world of Fey. A slave in her early life, she was something to admire, abused, and sold to traders and collectors. One day, Ronno was traveling with his family, touring the lands of their Kingdom when suddenly, he stops the carriage. A young prince, still a fey child who looks only 12, flees his carriage and runs towards a yearling Volcano Equus Lava. Chained to wall, Nova weakly tries to shy away, then snap at the fancy dressed fey. The adults, including Ronno’s family would laugh as Ronno falls backwards to avoid being bitten by lava and rock. Then, her whole world changed, when the young prince places his hand in front of her long face and said,

go ahead, if hurting me will make you feel better, I be here for you. I am held by chains too.

The words confused her yet, it was the first time someone truly talked to her as if she was intelligent creature, one that held life in her eyes and not an object. Ronno’s father bought or rather was given Nova, for he was the King of the Summer Fey. Treating his son to a new pet, little did he knew Nova would become the most loyal creature to stand at Ronno’s side. Hundreds of years have past, and she has learn much from Ronno. From not burning maps and books, to learning who she truly was. Nova and Ronno even went on a quest to find her birthplace, which turns out to be a volcano that was on the outskirts of the Summer Fey Kingdom. Nova was knighted once she saved all three members of the royal fey family, including Lady Aurora from enemy invasion. Nova Knight, personal guard of the Crowned Prince, and future protector of the Royal Summer Fey Family. 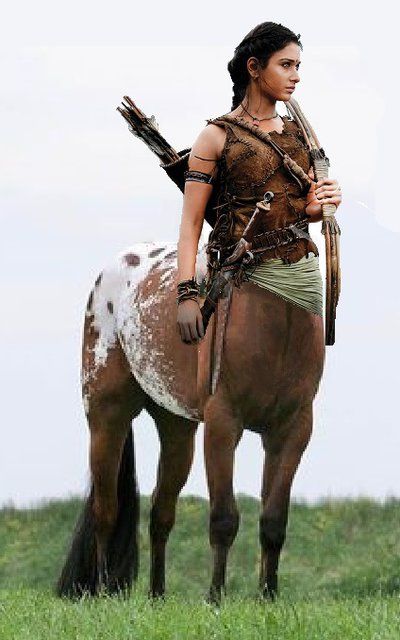 Personality: Down to earth and wild as the wind.

Music: Anything that sounds bizarre, unique, a song with a creative flow or story.

Favorite food: Baklava, a dessert originating in the Middle East made of phyllo pastry filled with chopped nuts and soaked in honey.

Her Story… Young Terra is the daughter of a royal knight. Her parents ancestry traces back to Greeks. The youngest of the three royal fey siblings, Samuel chose her father to be his personal guard. Born and raised in the land of the fey, she has a few encounters with the royals yet mostly keeps with the clan. Aerousa Clan, named after Terra’s grandmother generations ago roams the Summer Realm. Sleeping under the stars  in grassy beds or tents, Terra’s life is wild and free.  Feeling as if she is living in the shadow of her father, Terra strikes out on her own, something only a fool would do in the land of the fey…