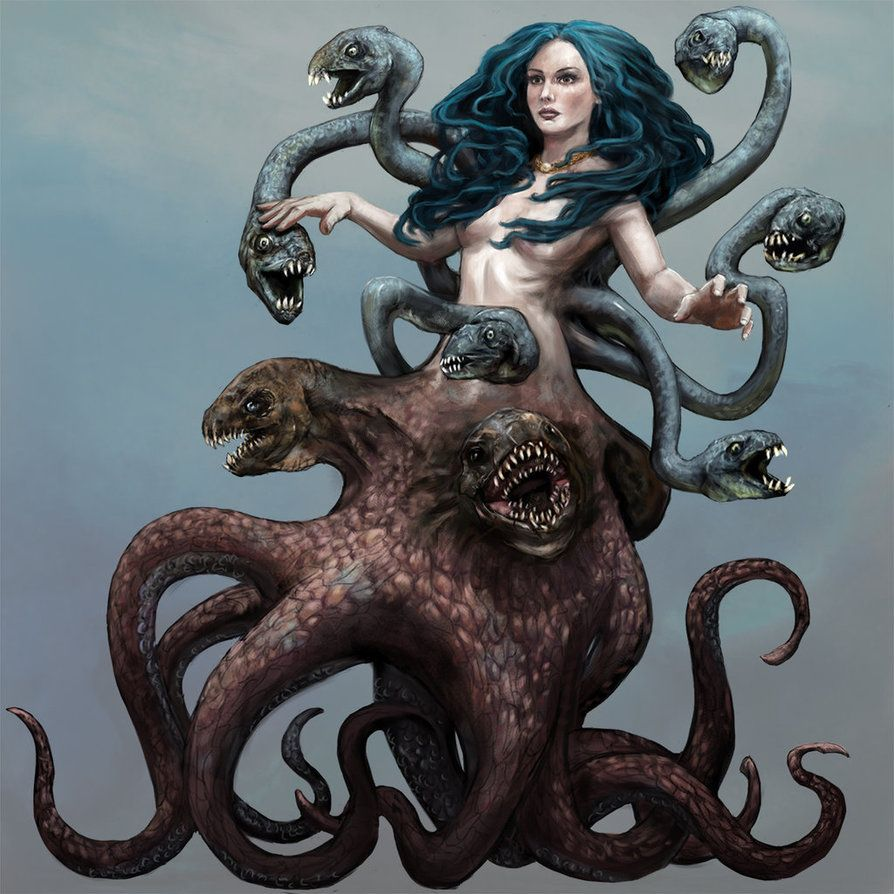 Current home: The crags in the deepest underwater trenches 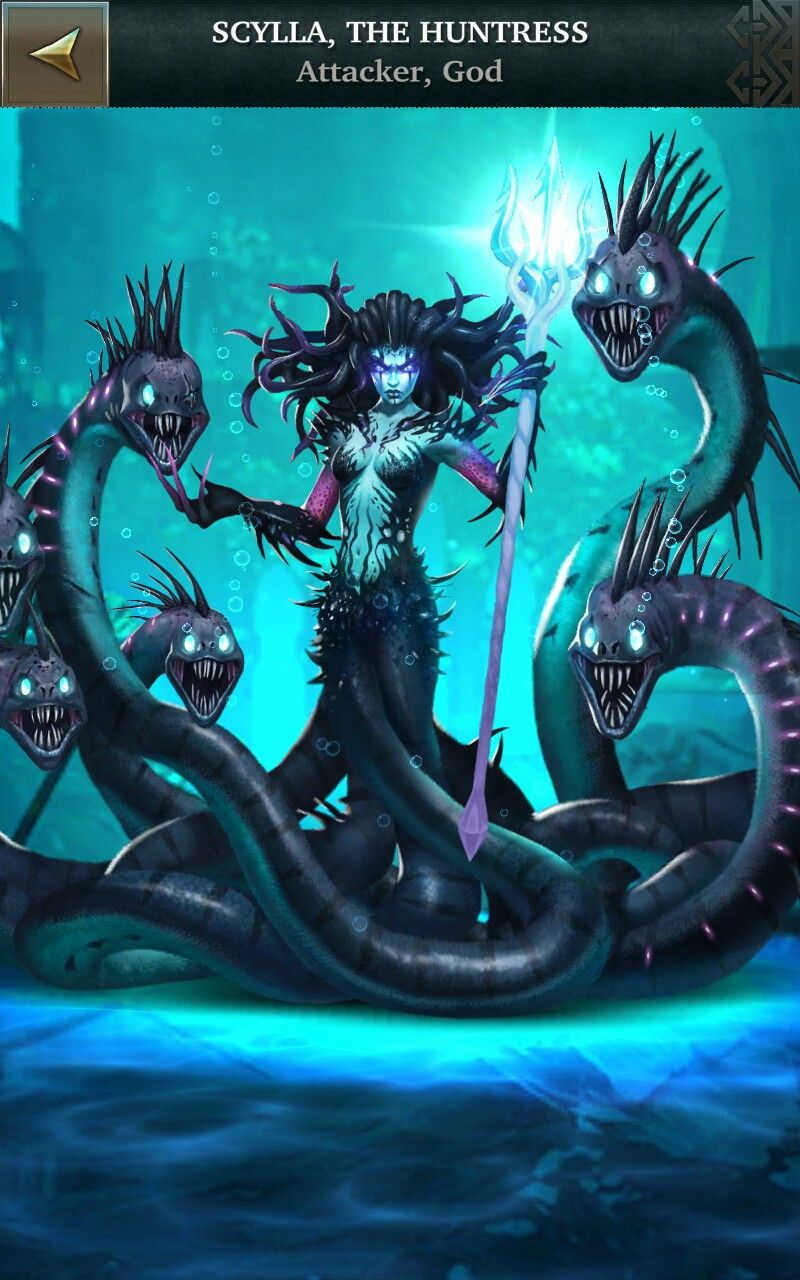 Despite looking as if she’s evil, Skadi is far from it. She really only wants to be left alone but thanks to the ocean covering the world, pollution and debris from cities tend to end up in her crag in the midst of the trenches. As a result, food has grown scarce and it’s become hard to move and survive comfortably in her own home and as a result, she has come to the surface to do something about it. She is relentless in her pursuit of happiness and all she really wants is to be loved and cuddled, though it’s hard for that to be the case when she looks as if she might eat you or worse. She is intelligent, vindictive to a fault, and somewhat disrespectful of her surroundings and rude to boot, since she has limited social abilities or skills. 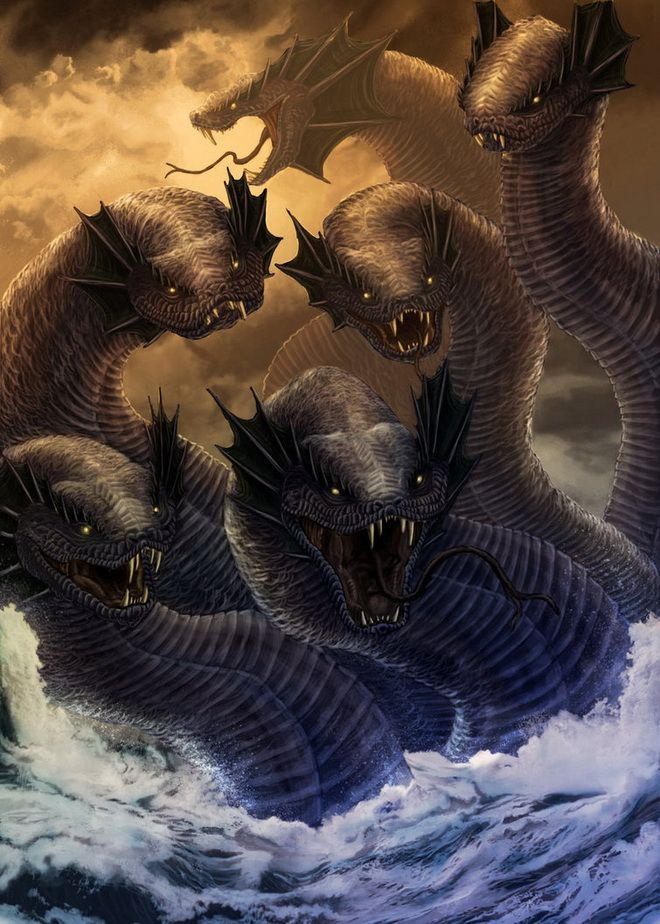 Skadi was created from the seafoam wrought from the fight of two different, powerful gods of the ocean. With thunder and lightning crackling through the sky, a squid was struck while it was in the midst of said seafoam and she was the product of it. As a young mer, she found herself alone in a great sea and drifted into the darkest corners of the ocean. Unfortunately, it led to very little interaction with others and the fish she did meet were primal, usually with only the primal desire to find food. She had to learn to protect herself and took on many qualities of the ocean life around her, such as changing each of her ‘tentacles’ into creatures of their own, dragons, occasionally the head of wolves which, surprisingly enough, had a type of fish in the crag she eventually chose as her home.

She developed a way to look around her so she couldn’t be attacked from the darkness all of a sudden, heat to keep herself warm which had to be at such high temperatures that they could be felt in the middle of the ocean and strength and fortitude to keep herself from being crushed from the deep water pressure of being so far beneath the ocean’s level. She survived eating the fish of the area and deep ocean plants. Eventually, trash began to become a problem as she took up her home. Because of the dark, her typically light purple colored hair and flesh became darker on occasion.

When the planet was flooded, it just became too much. With the whole world being covered, Nuclear plants being surrounded by water that was not cold enough to keep it from rippling through the ocean, the many, many trash mounds and heaps of the world, the trash of buildings torn down and the flesh of bodies rotting within the ocean that were killed by the flooding itself, her home became unsafe to live within and she ended up coming out of seclusion to find out what had happened and how she could be of service to end things. 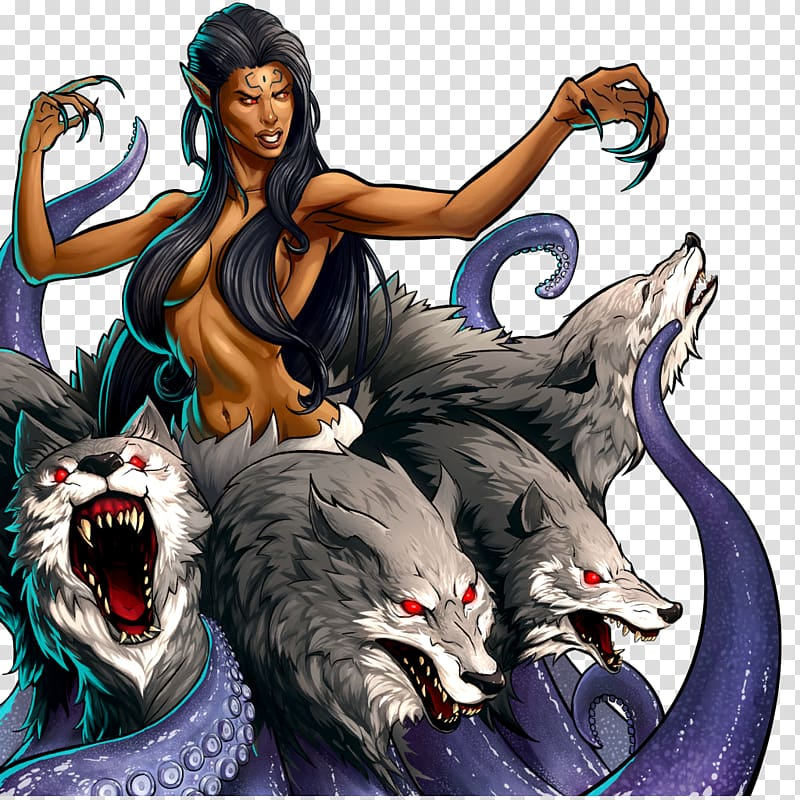 Shape-Change: Skadi can go from mer-form to her true form, and she even has a humanoid form. This all just depends on what she’s in the mood for.

All around vision: Can see 360 degrees even without turning her main head.

Boil Water: [Spell of sorts] If a Scylla uses its heat ability (see below) for more than a few moments at a time, it can cause the water around it to boil. Most mer are not affected by this. However, humans will suffer third degree burns and ultimately death.

Heat: A scylla raises the temperature of its body in order to generate intense heat. Anything attacking the Scylla with an unarmed strike will take fire damage.

Scalding Blast: [also a sort of spell] A scylla can gulp some of the boiling water surrounding it. Each head that gulped water can then unleash a line of scalding steam on the scylla’s next action to a range of 50 feet. The scylla can target the same or different opponents with each head, if it wishes.