This character and the writer are both going to be involved in mature RP and content. By writing with said character, you give permission for such content to happen. The writer always takes into account another RPer’s wishes but you should be advised that other characters and writers who are not eighteen and above will not garner much attention or writing preference. This is both to keep minors safe and to ensure the safety of the writer therein. If you have any questions, please feel free to contact the writer through Rolepages pm box versus discord, inbox, or some other method of communication.

There are many Lucifers just as there are many worlds. I am but one in a series of them but I claim that I am the best of these and those.

There are many Lucifers in this world and the next. Of those many Lucifers, very few have the guile and commandment to carry out their duties. They believe themselves to be the only one, the only rightful Lucifer, and in doing so, are ignored by the natives and locals, only seen fit to rule their own claim and territory.

In my beginning, there were an inevitable darkness that consumed all, a sibling of God, who wanted only quiet and resolute lonesomeness. God, created as her companion, wanted light and companionship, and as a result, came up with light and then created a volley of angels that he gifted the power of creation to so long as they lived to carry out his duties. While such a thing was unheard of, it did not stop him from putting it into effect.

The darkness, fearing that her time of quiet was at great risk, took into her consideration the power of creation herself. In doing so, she built onto the creation of angel to create demons that would rule the quiet in her stead. Merging the two, though, was god’s penance for betraying his sister’s trust. As a result, his first born, Lucifer, came into existence. Seeing both the good and the evil in the world, due to his desire to have peace and also the good that was chaos, Lucifer revolted against his father, God, along with several hoards of angels and demons on both sides.

As a result, he was cast ‘down’, and into the proverbial darkness of God’s sister’s territory so that he could not do evil. While many were cast down to live as mortals eternally for their mistake, a great host of demons and angels were simply put within the ‘hells’ to rule over souls that did not find favor with the big man upstairs. Such set in line the hatred that would steadily grow between Lucifer, both the child of darkness and light, so that centuries would pass with nothing on his mind but the betrayal that was still afoot.

Inevitably, scripture from a bible, a biography and prophetic material, made it into Lucifer’s grip. He found that he very much enjoyed the idea of a rupture. Death, Pestilence, War, and Famine joined in his ride across his own earth but God was wrong. He did not toss Lucifer or his son into the pits and instead, forgave Lucifer of his wrong doing, leaving him and his son to walk the earth along with the humans still left. Demons and angels gathered and humans learned to co-exist.

Great continents, countries, cities and states, rose from nothing to cater to the demons and angels but Lucifer grew bored and thought of other worlds. In the end, he branched off in search of new places to inhabit. 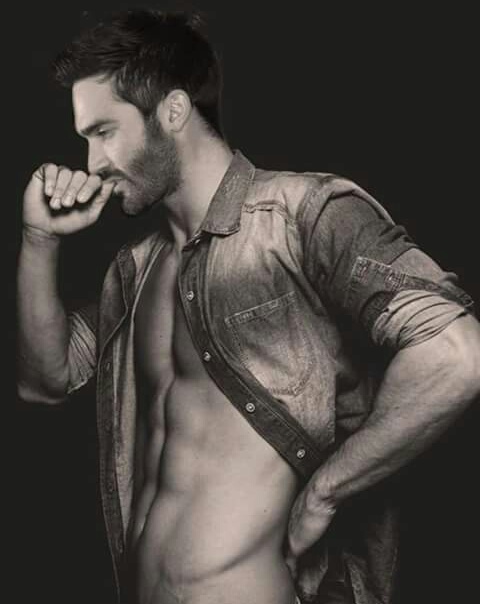 Lucifer stands at the pinnacle of human and supernatural health at six foot two, two hundred and twenty five pounds. He has rich blue eyes with an athletic physique. He has light brown hair and Caucasian skin tone. He has something of a rich, gravelly tone to his voice with a charming, devilish allure that is often used to his advantage. He is commonly found in suits and very rarely dresses down but there’s never any telling what he will and won’t wear.

[Because Lucifer has a great deal of powers and I am using the Lucifer from both Supernatural and from other places, his powers and weaknesses are linked to a separate site]