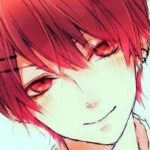 Control over fire and lighting

Sasori was born to a human father and a demonic mother his father was killed when Sasori was only six. Seeing his father murdered awoken his demonic powers which he would use to slaughter his father’s murders. After this traumatic event, his mother would teach him how to control his powers as well as teaching him everything she knew about demons. Sasori would grow up using his powers to hurt and kill anyone he deemed unworthy he would not allow anyone to grow close to him. Afraid to be hurt again by seeing his loved ones killed in front of him people soon learned to stay away from him. He would clear out entire cities due to the fact that he would have to continue to kill so he could keep his blood lust at bay. Otherwise, he would snap and kill anyone he saw and so this is the life that Sasori would grow to know. Jealous of those who grew up with families the life he could never call his. His killings would cause people to call him Sasori the mad dog.

I have none to tell

The Gods are cold