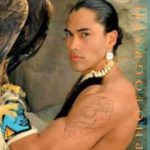 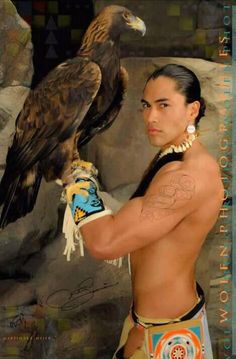 I am Chaticks-si-Skidi, or translated to your language, Sky Seeing Wolf.

The creation story of who I am, and my people, starts as thus..

Atius Tirawahut, the Great Ancestral Spirit and Creator of all, grew tiresome and bored of his creations of the Heavens and  Planets. As a wager against himself, he decided to create Man. Not being able to decide on which group to send down to inhabit his Earth, and to care for it, Atius, gathered a handful of stars from the four directions around the planet.

From the North, he gathered the Kit-keh-awhki. From the East, he gathered a handful of the Chaui, Likewise, from the West, the Pita-hau-hritat. Lastly, from the South, a select amount of the Ski-di, were Chosen.

Each group was then sent down from the Heavens to spring forth from the planets crust, after 3 days of continuous flame, came from the smoldering ash, the direct descendants of the stars, all manner of creatures. The Elk, the Hawk and Eagle, the Bison, Bear, and the Wolf, scattered out amongst the Plains, Mountains, and Forests. After they had existed as such for many a millennia, Atius, thought it time to allow the Chosen to come into Man’s Image. To assist in his tasks, Woman was also created, to insure man would never leave completely from the Sacred Mantle of the Great Mother.

Directly chosen for how they were represented in the Heavens, first there were the Gatherer’s and Nurturer’s of the Great Mother, to grow food and teach the ways of Medicine. To assist with the caring of the growth’s, The Keepers of Life Giving Water were created, to instruct and show how to weave and make tools to assist in everyday life and in Ceremony. In order to Lead them all in the divine and correct direction of this Life, the Natural Order and Bloodline of Chiefs were created, for each Band, to form the Great Council, and finally, to Protect them all, Atius created the Warriors from both Bear and the Wolf clans…

Each bloodline would train and create within their own, their own separate ways, as they grew stronger each day. Those that were ready, would branch out further into the World, creating a larger base for the Few chosen to inhabit the Great Mother.

The Under Spirit of Death, and Brother to Atius, Kuruks…was jealous, and so he started his own race of man, likewise in the image of Atius’s creation, yet when the Great Spirit learned of his brother’s Treachery, he made it so their skin paled in comparison, and then others were darkened still, so that they could be distinguishable from his select few. Because of Jealousy, the Pale Invaders begin to wage war, amongst their breathren.

….and so began time, and the ways of Man..Would the Chosen make it? or would they fall prey to those copied from their direct image? Every so often, a special star was conceived and would come forth, to assist the People, and over all, help Lead and Protect..

On such a particular occasion, Chaticks-si-Skidi, was brought from the womb of his Mother, and raised as a borne Warrior of the People. Hidden from the rest of the World, he was taught the direct lineage and stories of how they came to reside on the Great Mother, and taught to be a kindred energy to his animal brethren. Learning the language of the Hawk, he was as swift as the Wolf, being able to run for days at a time. His strength was that of the Bear, and his intellect and wisdom came from the Gentlemen of the Forests and Woods, the Elk.

He was taught the Language of his People, his hair, was not cut, nor was he allowed to be as a Warrior amongst the People, until his 15th year on the Great Mother. Now well into his late 20’s, he watches and waits…Skilled in the Native Ways of Combat, Stealth and Skill, he has passed the Test of Manhood, and as a newly minted Leader of the People, his path is far from being Set in stone..