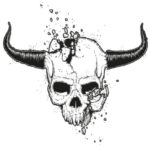 Out of fucking patience

Married to our work

Victor Siegfried Höllentor. Son of a former Kriegsman and captain within The Olde Watch. All his life he’d dreamed of joining The Watch. Following in his fathers foot steps and becoming a soldier. Waging war in the name of the common man and defending his people. However, that was not to be. With the constant destruction of Olde Watch and the revelation of The Council’s corruption, Victor took what he could and fled. A deserter. He and his rag tag band of soldiers have been working as mercenaries for the last year or so. With whispers of a gathering of other deserters and defectors, Victor and his crew have decided to take up arms again and fight for a better stronger world. Victor’s load out consists of a modified double barreled Remington ACR rifle with Holoscope, grip,  and grenade launcher attachment. Secondary weapon is a .45 variant Browning Hi-Power with a Kukuri knife resting in a shoulder quick release sheath.

Caleb Boryoku: The first to join, Caleb followed Victor out of Olde Watch when they defected. Following his Sarge to the ends of the earth. Born of a Psychic and Watchmen, he never really fit in in Olde Watch anyways. Caleb works as the Sub Machine Gunner and scout, flanking the enemy and attacking from the side while relaying information as needed. He is armed with a moddified .40mm MPF, Pistol grip modified 12 gauge.  Smith & Wesson M&P.

Dimitri “Big D” Chuikov: Dimitri, while not a member of The Watch, grew up hearing stories and watching the conflict as it happened. Having joined in the last void war as a Civilian soldier, Dimitri’s body was horribly disfigured and wounded. Confined forever to the power suit in which he resides, Dimitri has jointed the Hollentor Squad to serve the ideals that he had as a boy. As his nickname suggests, Dimitri fills the roll of Heavy Weapons and armor. Often the first one in and the last one out of a fight. His armor soaking up damage while his Heavy Machine Gun and explosives do the work. Dimitri is armed with the X36I Plasma Gatling Cannon. A weapon that works by super heating and magnetically firing small shards of metal at the target at a massive half a million rounds a minute. His secondary comprising of a quadruple rotating barrel automatic shotgun firing 12 gauge shells. His side arm, a S&W .500 revolver.

Wayland Reese: Tall, dark, brooding, and can pick a gnats wings at 4000 Yards. Reese is another member of the Hollentor Squad and serves as their long ranged and software expert. Preferring to stay as far away from the action as possible, Reese stakes places himself at the best spot he can before taking his shots. Primary weapon is of course the Antimaterial Energy Sniper. With a standard load out of P90 Sub machine gun with the SIG Sauer M17 working as his side arm.

Walter “Smithy” Keeter: Smithy operates as the teams support gear operator. Bringing with him utility items such as deployable cover, portable auto turrets, extra ammunition, mines, and other items that the squad might need to better hold a position or flush other strongly fortified positions as well as providing his expertise in enemy armor and hardware. Smithy joined with Hollentor squad after living as a black market arms dealer for several years. No longer wishing to simply provide his inventions to others. “Whats the fun in making toys if i dont get to play with them?” Is often his stated reason for joining. Loadout consists of a custom Semiautomatic .50 cal rifle plasma hybrid that propels the round forwards by firing a small plasma charge. This allows the .50 round to pierce armor and quickly be followed up by the plasma propulsion round. His side arm is a smaller version of Big D’s gattling cannon. A machine laser pistol that fires the same way. By super heating shards of metal and magnetically firing them.

Albert Law: Law is the most enigmatic of the group and serves as the medic. The last to join Hollentor Squad his team mates have noted him as “Creepy.” Though he often gets the job done with deadly proficiency. Incredibly proper in his actions and following strict rules of engagement until the enemy shows no such respect. Law fights with a custom semiauto rifle that fires armor piercing rounds designed to go through his enemies. Affectionately reffered to as “The Steak Launcher” each round is roughly 4inches long and an inch thick. Designed to punch through personal armor and effectively render it useless. His secondary weapon, a simple sub machine gun using cryo rounds to slow and freeze enemies in place and a plasma pistol as his side arm. As the teams medic, Law also comes with a full kit with which to preform field surgery. This includes enhanced cellular repair jell, bullet removal kit, and, of course, personal chainsaw for use in combat in as well as, if needed, field amputations.

A good Soldier follows Orders. A Better soldier does the right thing.