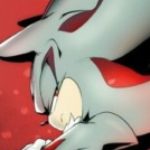 active 17 hours, 49 minutes ago
Ooc:I kinda need a villain for the story I am developing it’s gonna be based off shadows bloodline so if anyone is interested please shoot me a PM and please read up on The black arms or eclipse the darkling to make the public RP good! View

I was created as the “Ultimate Life Form” by Gerald Robotnik, using the DNA of Black Doom, and is the end result of Project Shadow. His purpose was to provide ways to develop a cure for incurable deadly illnesses, more specifically for Gerald’s granddaughter Maria Robotnik, but he was captured and put into stasis by the military when he was deemed as a threat to humanity.
Fifty years later, I was released by Dr. Eggman in order to enlist him in his plan to conquer the world. Initially, I worked with him, but secretly sought to destroy the planet in order to avenge Maria, who had been killed by the military, but was persuaded to help save it from Gerald’s doomsday plans. In the process, I lost my memory as such, sought to uncover the truth of his past, during which I met Black Doom. After I defeated him I regained all my memory back
I am sharp-witted, always on edge and has a strong sense of purpose, willing to accomplish his goals by any means.Essentially a dark version of Sonic, Shadow can match him in both speed and skill, and can use Chaos Control with a Chaos Emerald. While preferring to work alone, he has helped Sonic and his allies when needed.